The fast but silent rise of electric cars and motorbikes

That’s the first lesson with an electric car. There are no keys to jiggle or gear stick to grip. No reassuring grunt from the engine when you nudge the accelerator pedal.

The handbrake is an electronic latch button, the transmission choices a little keyboard.

You tentatively prod the D button and tap the accelerator again. The car moves with the faint whirr of a warehouse forklift.

Around the corner, when the car dealer cannot see you anymore, you floor the pedal. Happily, this car is no forklift. It’s true what they say. Electric cars do take off. Fast.

Around the corner, when the car dealer cannot see you anymore, you floor the pedal. Happily, this car is no forklift. It’s true what they say. Electric cars do take off. Fast. 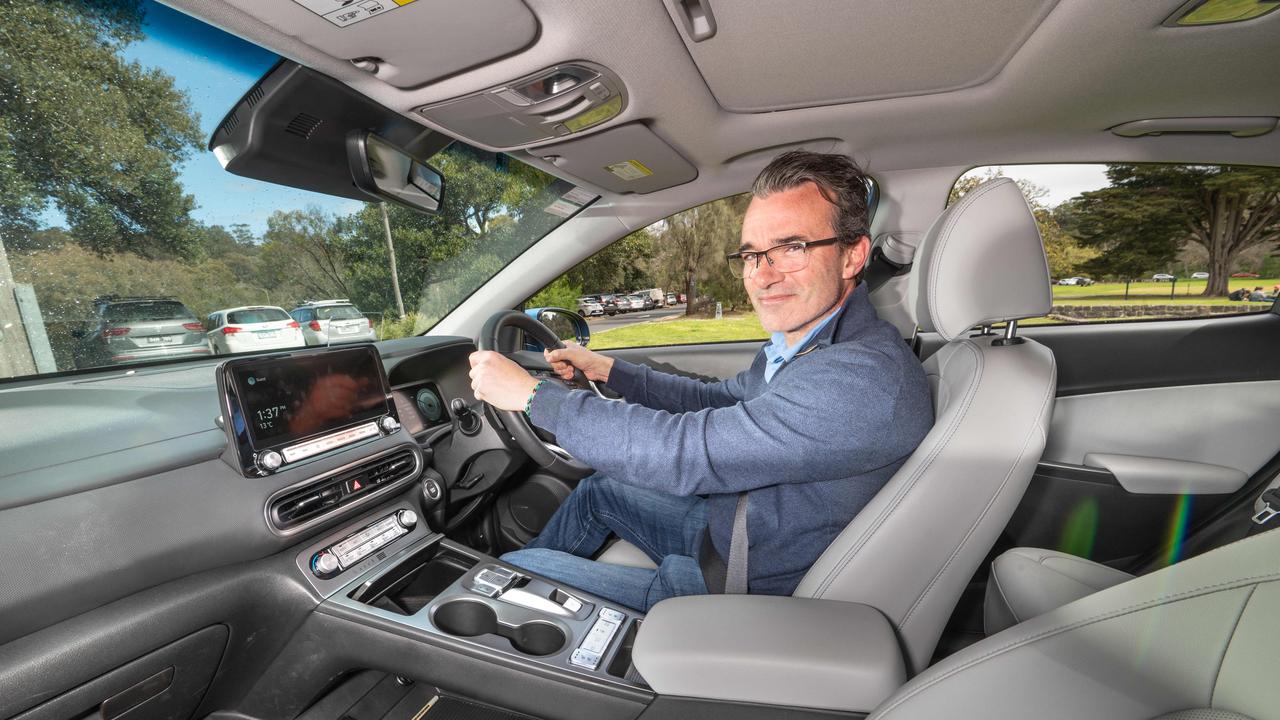 The interior of the electric car. Picture: Tony Gough

You get past the foreignness of those starting moments. Over the coming days, to start a car as if you are typing an SMS becomes normalised. An electric car isn’t lifted from The Jetsons. It performs according to most of the traditional measures. And it boasts advantages – and disadvantages – of the driving experience that become clearer on the road.

This story brief was simple. Drive an electric car down the Great Ocean Road. See how it handles. Analyse, for dummies, what the future of motoring looks like.

You are a car dummy. When a mechanic talks about a diff or pump, you steer the chat to footy.

You know even less about electric cars, except that their silence presents pedestrian perils, and their owners are trailblazing the prescribed future of charging stations and plug-in power.

Herein lies the first problem. You must learn fast. The car, a Hyundai Kona EV Highlander, runs to about 470km on a full battery.

This is ample battery charge for driving around the city, which requires only an occasional overnight charge in the garage. It’s cheap, too, with charging costs less than a third of the price of petrol refills. 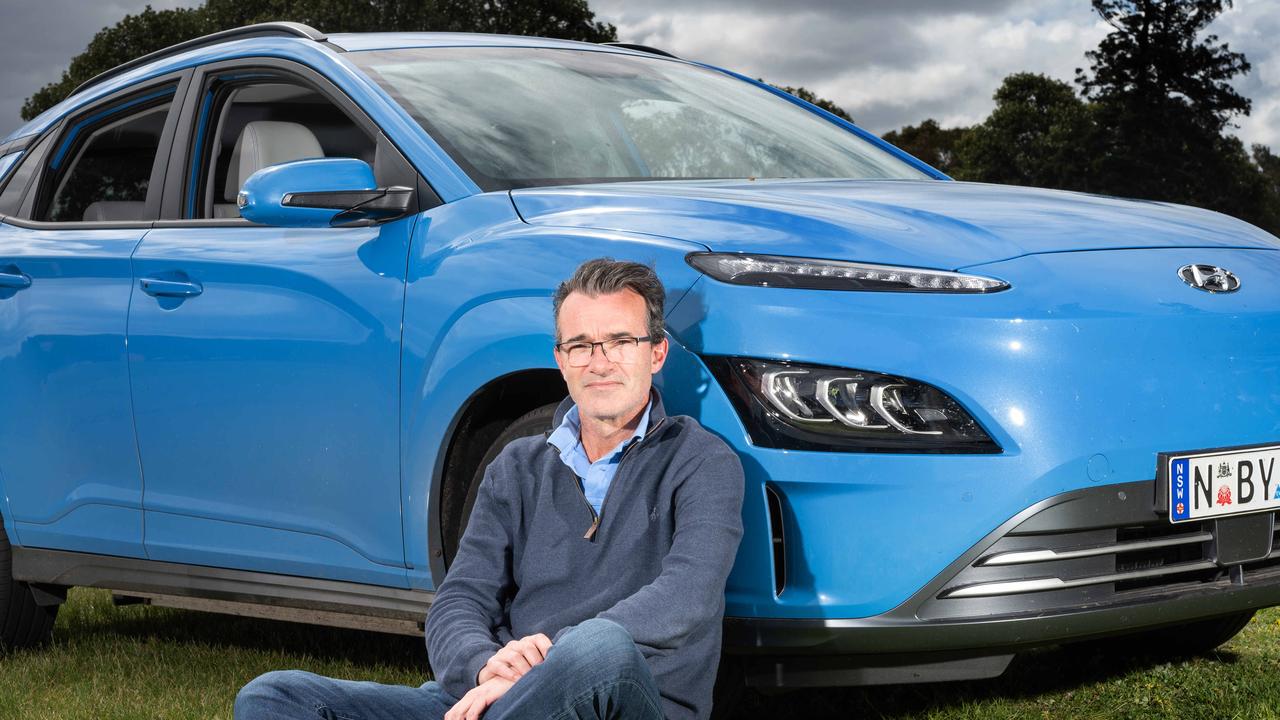 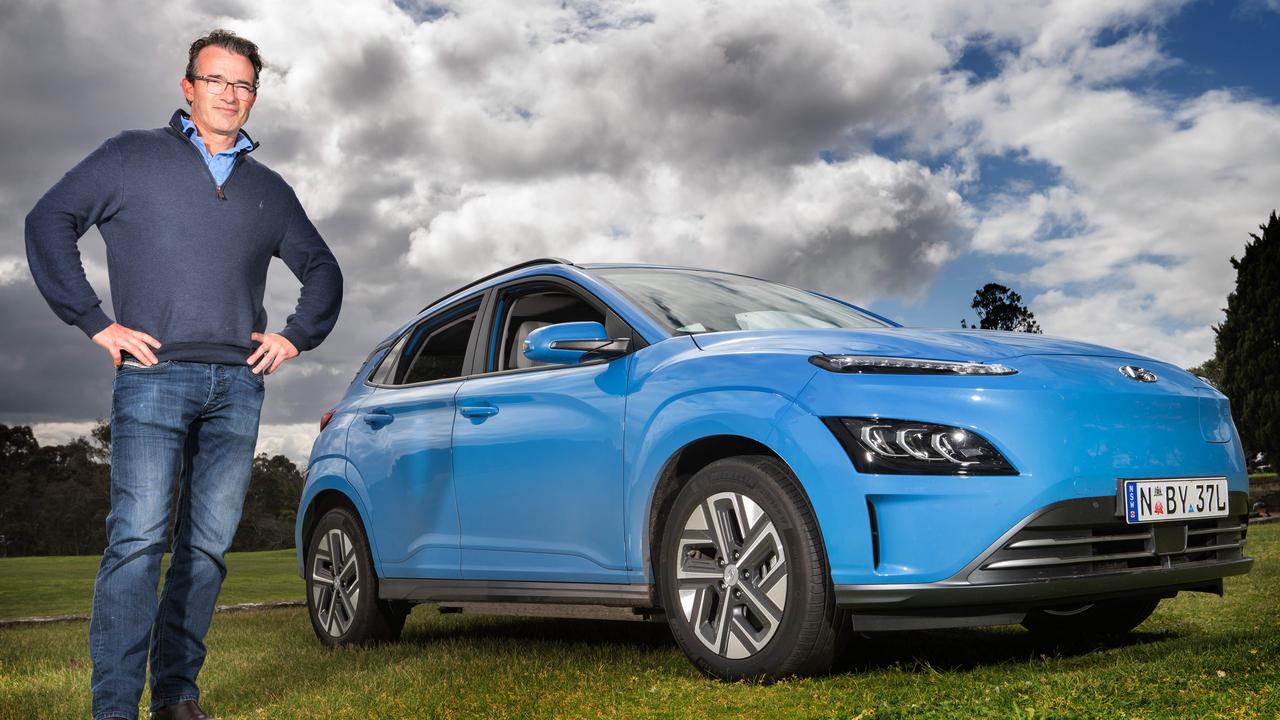 The car boasts advantages – and disadvantages – of the driving experience that become clearer on the road. Picture: Tony Gough

But the benefits fade when you want to head to Port Fairy, which is inconveniently placed 300km away. The most westerly public charging station near the coast – where a full recharge takes hours, not days – for your car is in Torquay. This limitation brings on an attack of what electric car drivers call “range anxiety”.

Port Fairy cannot be reached, not unless you want to sit around for the car charge to catch up. The umbilical cord of electricity tethers the possibilities. Like an age-old horse, the long distance car of tomorrow needs to rest (or charge) overnight. Back to the future, it seems, is no friend of spontaneity.

The car’s demands trigger a scheduling change. Let’s head for Apollo Bay instead. That’s 211km away. Hope for a hotel which will allow cords to dangle overnight from the front of the car to a conveniently-placed electric plug.

If not, you can drive (the wrong way) to Torquay, a nice town which is not on the Great Ocean Road. Yet Torquay boasts the advantage of being only 91km away from Apollo Bay and hosts a charging station.

That’s the next lesson about an electric vehicle (EV). It can take you places you want to go, and even places you do not. The parameters of the road trip have been set by the limits of the technology.

Which it does, on average, even if the stats do not eliminate the doubts. A recent British poll found 85 per cent of motorists worried about the distance range of batteries and a lack of charging opportunities.

Extracted in full from: Review: The fast but silent rise of electric cars and motorbikes | Herald Sun