In a miraculous story of survival, a working dog has survived a three-hour, 250-kilometre trip in the cramped and incredibly hot engine bay of a truck.

Cassie the kelpie lives on the Wills family’s property near Streatham in south-west Victoria.

On Thursday, during stormy weather, it is believed she took refuge on the back of a ute belonging to a worker on the farm.

The worker travelled home that night, 60 kilometres west to near Glenthompson, where it is thought Cassie made her way to the local service station where a K&S Freighters truck was pulled up for the night.

There, it seems she went under the truck and crawled up into the engine bay.

The next morning the truck travelled from Glenthompson to the K&S workshop in Truganina to be serviced.

While you might think a horror scene confronted the workers at K&S, the opposite was true.

“When the boys in the service bay tilted the cab over they found the dog wagging her tail, got her down straight away, and she started walking,” he said.

“It was a hot day on Friday so we led her to an air-conditioned room, gave her four bottles of water, and she was happy as anything. She looked fine.”

Mr Cruz said he had found dead animals in truck engine bays before and could not understand how Cassie survived.

“I don’t know how the dog survived, or even how the dog fit in the area, because it’s a very small space,” he said.

“That’s why we believed she was a farm dog because they’re used to getting into the small dog boxes.”

Barely a scratch on her

Cassie was taken to The Lost Dogs’ Home in North Melbourne where vets took care of her and used her microchip to track down the owners.

“Cassie is a lovely mannered doggo who received some light abrasions during her adventure, and after being seen by our vets was sent home with her relieved family,” said spokesperson Suzana Talevski.

“We expect Cassie to make a full recovery after lots of cuddles at home. 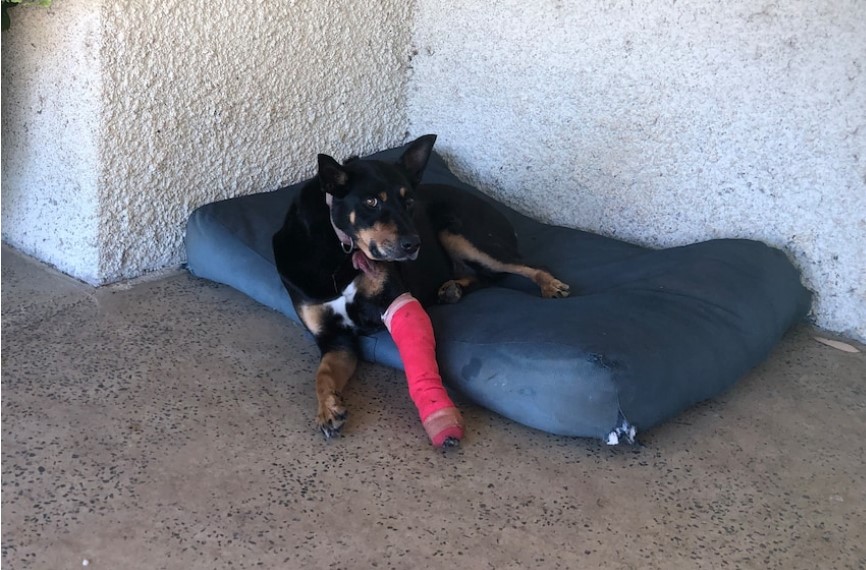 Cassie the Kelpie took a well-earned rest after returning home to the farm near Streatham.(Supplied: Sally Wills)

“This is a good reminder to make sure your pets’ microchip details are up-to-date so we can reunite pets and their families quickly and with minimal stress to both the animal and its owners.”

Sally Wills travelled down from Streatham on Monday to pick up Cassie. 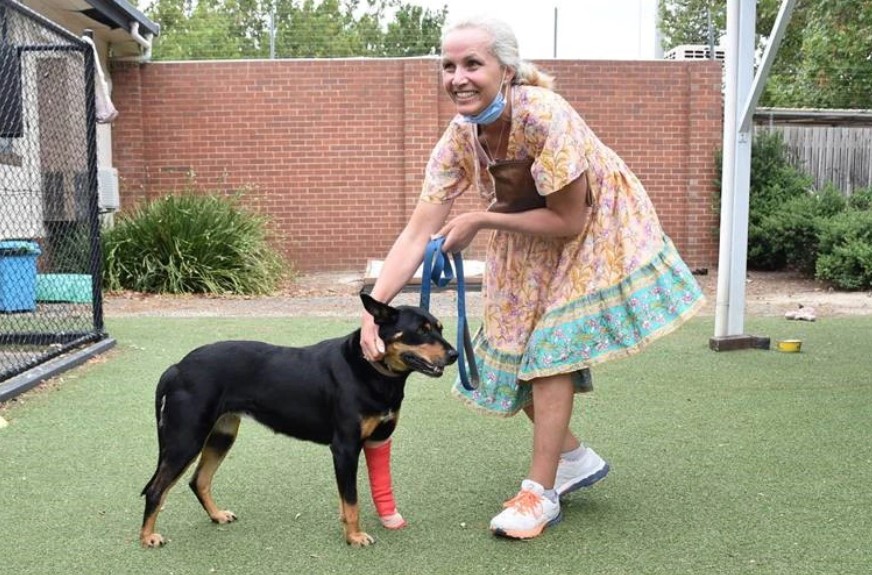 Sally Wills was delighted to be reunited with her beloved Cassie.(Supplied: The Lost Dogs’ Home )

Sally said her husband and four young sons were over the moon to have her home.

“It’s an amazing story, and credit to the people at K&S Freighters who realised she’s a special dog, and the staff at The Lost Dogs’ Home who tracked us down,” she said.