Cheaper electric vehicles have been hyped for 2022, but industry commentators say don’t get your hopes up yet

When the Kilby family purchased their first electric vehicle (EV), it was a major financial decision, but one they felt was important.

Peter Kilby and his family were worried about climate change and its impact on future generations.

“Anything we can do is important, but I also think we need to support change more widely,” he said.

The Brisbane family were early adopters of the technology and the benefits were amplified when they were able to get solar panels to recharge their two EVs.

Mr Kilby said the cost of running their main car, a Tesla, was $275 for six months, which included 15,000 kilometres of driving and he estimated when using as much rooftop solar as possible, the running cost would be around $1 per 100 kilometres.

The car was charged from a mix of rooftop solar, fast charges and green energy from the grid.

As solar panels become more mainstream, buying an EV may no longer be an outlandish idea, with the growing desire to do so.

However, even if you do have solar, EVs are still out of the budget for many Australians and experts say it still could be up to seven years until they become affordable. 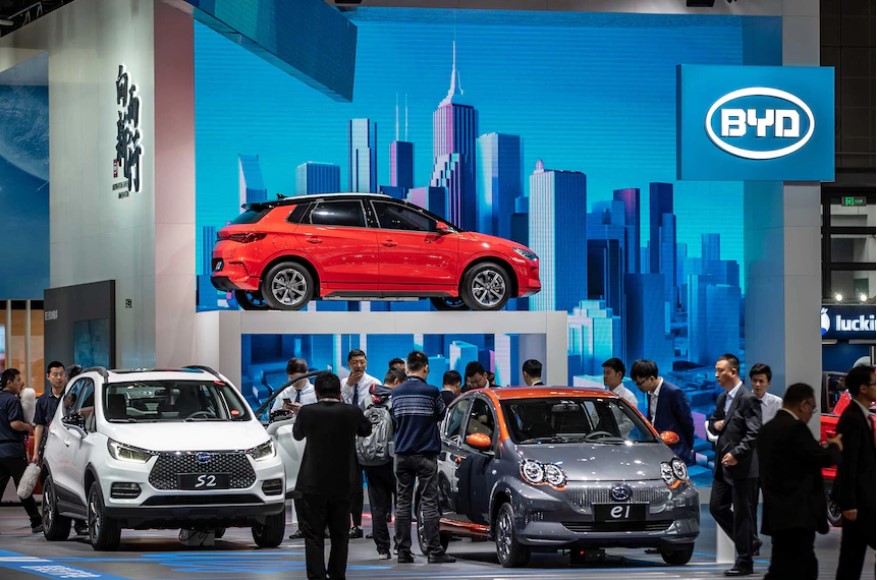 In Australia, EV purchases make up less than 2 per cent of all car sales, but recent surveys from government, automotive and environment groups have shown a large proportion of the population want to go electric.

The Queensland government has not made any major policy decisions, unlike South Australia, to make them more so.

“The places that have really succeeded in rapid and scaled uptake of EVs have been those places that have supported people to buy early despite the high costs, and perhaps also discouraged less efficient  … vehicles that burn fossil fuels,” Mr Kilby said.

In the past year, EV media outlets have increasingly been covering the possibility of cheaper vehicles coming into the Australian market.

Talk of manufacturers — such as Chinese companies BYD and Ora — supplying cars for between $35,000 and $40,000 into the Australia market has dominated coverage, but many remain sceptical.

Bryce Gaton is an EV educator and transition specialist who has consulted with local and state governments around Australia. Recently he worked on a consulting group for the ACT government in transitioning its fleet.

He said consumers should not get their hopes up for lower-priced cars this year.

“China is certainly getting the prices down, but its overseas markets are still tending to concentrate on the higher-price vehicles,” he said.

While the cheapest EV on the Australian market costs around $45,000, he said battery manufacturing costs have made it “basically impossible” to find a cheap EV.

In the past 10 years, the cost of batteries has dropped significantly, but the price of cars has shifted very little.

“Back in 2010, the battery cost was around $US1,200 per kilowatt hour of battery and you would get 50 to 75 kilowatt hours in an average EV battery,” Mr Gaton said.

“[Batteries cost] about $US132 per kilowatt hour last year. Bloomberg New Energy Finance, one of the big prediction houses for economic forecasters, said that $US100 will be the price parity point.” 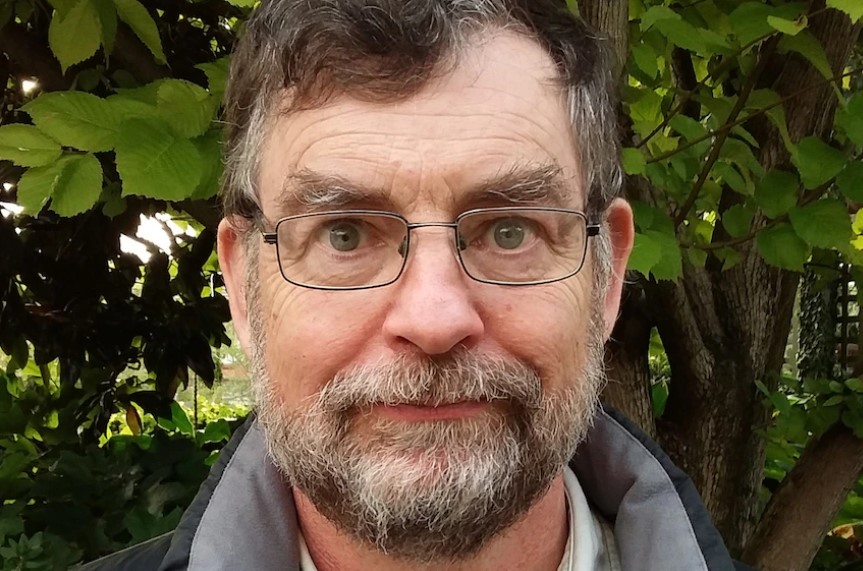 Bryce Gaton says consumers should not get their hopes up for lower-priced cars this year.(Supplied)

Mr Gaton said consumers would see price parity in the higher end of the market first, around 2024, with luxury vehicles and more expensive EVs costing around the same price.

He predicted that, in about six or seven years, the bottom of the market new EVs would be priced around $25,000.

“The head of Volkswagen said there would never be a cheap and cheerful EV. It’s important to 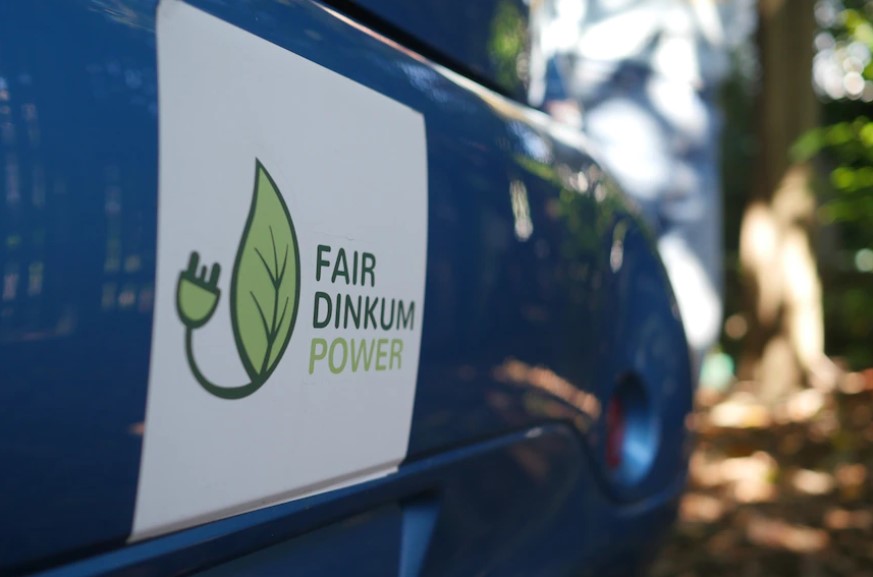 Governments need to step up

Ellen Roberts, from renewable energy policy lobby group Solar Citizens — said that, for the past year, her organisation had been looking at how Australian governments could encourage EV uptake.

“We are not encouraging manufacturers to bring their clean cars here and clean cars are more expensive.” 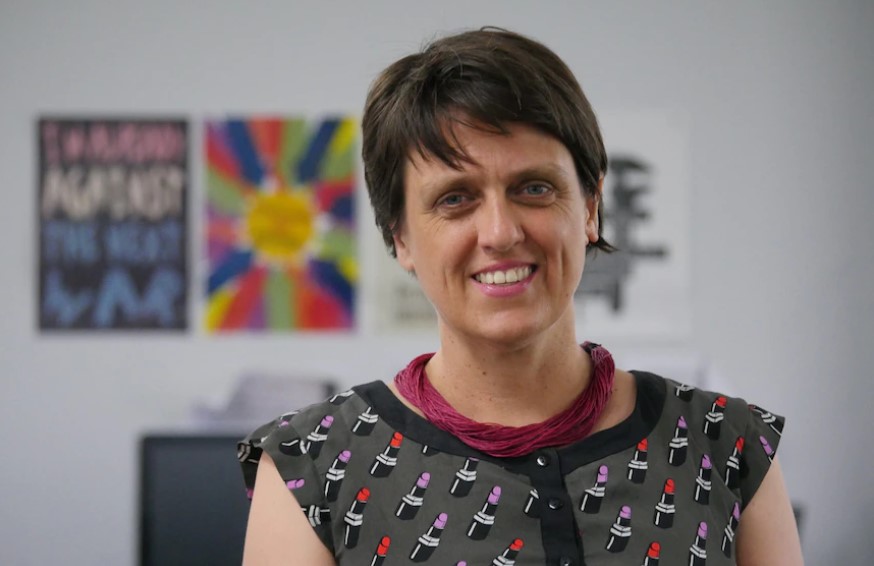 She said that, with a lack of “good federal government” policies, state governments would need to step up.

“We see that people want EVs, but the big barrier is purchase price,” she said.

“Our research found across [all] income levels, people were interested in buying electric vehicles. It’s not just something that the wealthy are thinking about.”

She said that, if the federal government introduced emissions standards, more car manufacturers would be encouraged to import.

“Greenhouse gas emissions from the transport sector are growing rapidly. So, in the production of electricity, we’re seeing them come down, but transport is going in the opposite direction,” she said. 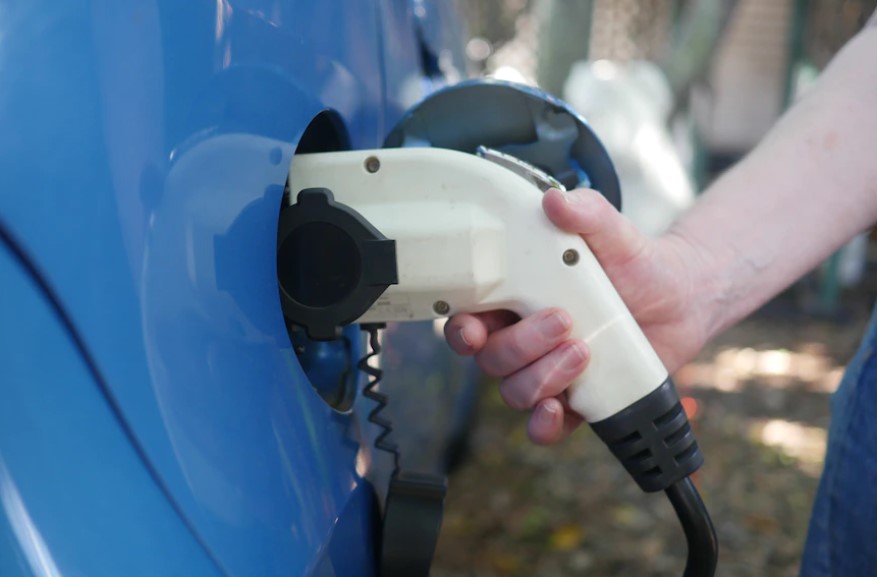 The ACT is “leading the charge” in bringing down the cost of EVs, with loans to help people buy charging infrastructure.(ABC News: Baz Ruddick )

But how green is an EV really? It comes down to the grid

Jake Whitehead — E-mobility fellow at the University of Queensland — said emissions from manufacturing EVs depended on the energy source.

Dr Whitehead said that, while EVs required more energy to produce than an internal combustion engine (ICE) vehicle due to the battery, the gap was reducing.

“Emissions are falling, due to the increasing use of renewable energy for manufacturing EVs,” he said.

He said typical EV batteries could be used for about 13 years in a car.

When the range depletes over time, he said, batteries could be removed from the vehicle and used for another 10 to 15 years for other applications, such as energy storage for houses.

“It’s not an apples-to-apples comparison to compare EVs with petrol vehicles, as the latter does not have those secondary uses [as a battery energy storage source] during its first-life, nor do they have those secondary-life applications after stopping to be a car,” Dr Whitehead said.

While there are environmental impacts to lithium mining around the world, Dr Whitehead said manufacturers such as Volvo and Tesla have been transparent about the manufacturing supply change in their marketing. 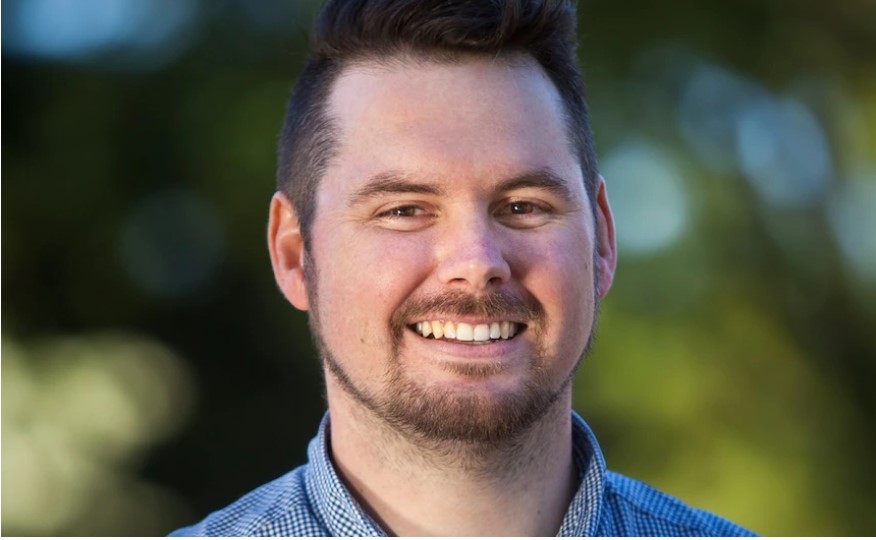 Dr Jake Whitehead says typical EV batteries can be used for about 13 years in a car.(Supplied)

Australia — and Queensland, in particular — has a “mixed” electricity grid, with both renewable and non-renewable energy generation.

Dr Whitehead said that, even if there was no shift in the energy make-up of the grid, EVs would lead to a 30 per cent reduction in carbon emissions.

He said a 100 per cent EV fleet would allow Australia to be self-sufficient for transport energy obtained from coal, gas, wind and solar and the nation would become less reliant on importing fuel.

“[This] would redirect around $100 billion every year in the economy,” he said.

Eight ‘small markets’ rather than one big one in Australia

Mr Gaton said that, currently, there was not a clear federal direction on incentives to replace ICE cars with EVs, meaning each state and territory was viewed as smaller individual markets to manufacturers.

“It is like a rowing eight with no coxswain,” Mr Gaton said.

“All eight states and territories are running in different directions, so they’ve all got good intentions but they’re not pulling in one direction.”

He said this made the markets smaller and less-attractive for manufacturers to sell into.

“The Renault Zoe was the bestselling EV in Europe for years,” Mr Gaton said.

“They sell them by the bucketload, but they gave up selling them here because they are a niche player in Australia.”

He said the federal government needed to set a policy and have the states moving in a similar direction to make the transition easier and faster.

“Europe has hit over 25 per cent of all new passenger sales as plug-in electric vehicles, [including plug in hybrid and battery], while Norway has hit 90 per cent,” he said

The Queensland government’s zero emission vehicle strategy is expected to be released next month.

Extracted in full from: Cheaper electric vehicles have been hyped for 2022, but industry commentators say don’t get your hopes up yet – ABC News