If anyone were to be on top of fluctuations in fuel prices, it would be freight company owner John De Bruyn; the higher fuel prices are, the more he has to charge his customers.

Recently he has noticed the resource becoming more expensive.

“[In] recent months the issues with Russia and the Ukraine, we’ve seen it sort of rise quite rapidly. “

While not Mr De Bruyn’s preference, it means the cost is transferred to the client, resulting in more expensive goods and services for consumers.

“For us, we have got a fuel surcharge mechanism, so essentially, we can’t afford to absorb those additional costs, so we have to pass them on,” he said.

“Things are quite buoyant in our state so there is a lot of demand for transport so it’s unavoidable for us.” 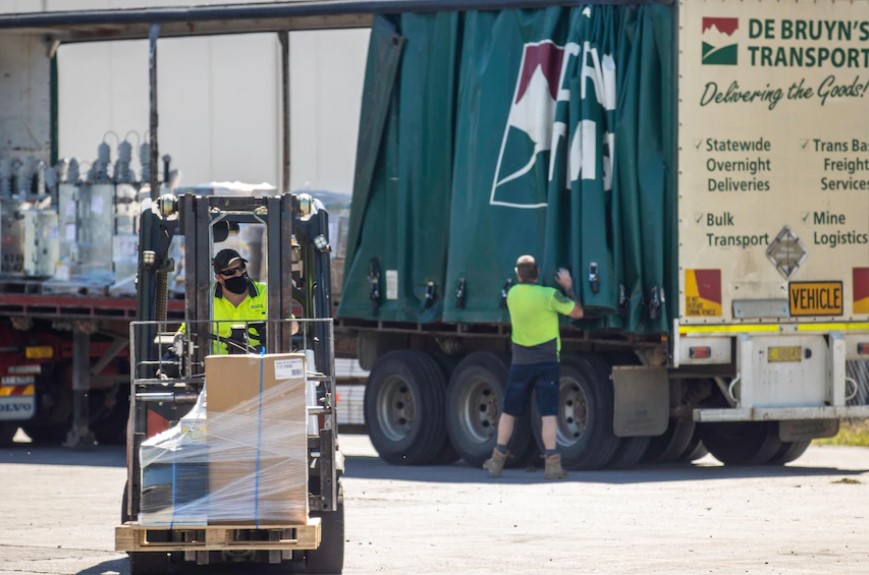 Cost of living on the rise

The consumer price index reflects how much the cost of household goods and services rise.

Nationally the CPI rose by 1.3 per cent in the December quarter, but in Hobart it rose by 2.2 per cent.

The cost of food is up by 1.9 per cent in Hobart, and electricity by 16 per cent.

The latter can be explained by the end of a one-off $125 winter energy bill supplement for concession customers, applied in the previous quarter.

Higher fuel costs are one of the main contributors to the rise in CPI, with a 12.5 per cent rise.

Independent economist Saul Eslake said the figures were another reflection of Tasmanians “losing out” when it comes to petrol prices.

“You would expect petrol to cost a bit more in Tasmania than in, say, Melbourne or Sydney, because, like everything else, the petrol has to get here,” Mr Eslake said.

“But why it should be so much more expensive in Tasmania than, say, Esperance in Western Australia or in parts of Queensland, and why it should go up proportionately more over the past three or four months than other parts of the country is a mystery to me.”

Mr Eslake said the rise in home building costs was one reason why Hobart’s CPI had increased more than the national average.

“It partly reflects the pressure on the building industry arising from strong demand for housing, people wanting to build new houses in Hobart,” he said.

“And national and global factors that have been driving up the cost of construction materials, particularly things like steel and timber, and some of the finishings that go into a new house these days have become more expensive because of disruptions to global or national supply chains.”

Mr Eslake said the increase in construction costs “looks like it’s going to be a factor pushing up measured inflation in Tasmania for some years to come”.