How a small hinterland town became an electric vehicle destination

Maleny is leading the way when it comes to providing electric car (EV) charging stations off Queensland’s main motorways. The small Sunshine Coast hinterland town now has seven private-sector chargers – four at main street businesses, one at a new service station, and two chargers for Teslas at close-to-town locations.

It was the first EV to be sighted on the Sunshine Coast, and the only EV model on the market at the time. It had a limited range of 160km and a lot less on uphill climbs. On one occasion Michael had to be towed home after running out of battery on the steep Landsborough-Maleny ascent.

‘Range anxiety’ is much less of a concern these days. Local octogenarian Graham Dempster drives a Hyundai Kona Elite. A recent 600km round trip to Wide Bay required just two ‘top-up’ charges for a total outlay of $15.

Twelve months ago, Graham said he asked himself ‘What can I, an old bloke, do to address climate change?’ ‘At least I can drive an electric car’. Changing to electric was ‘the right thing to do’. 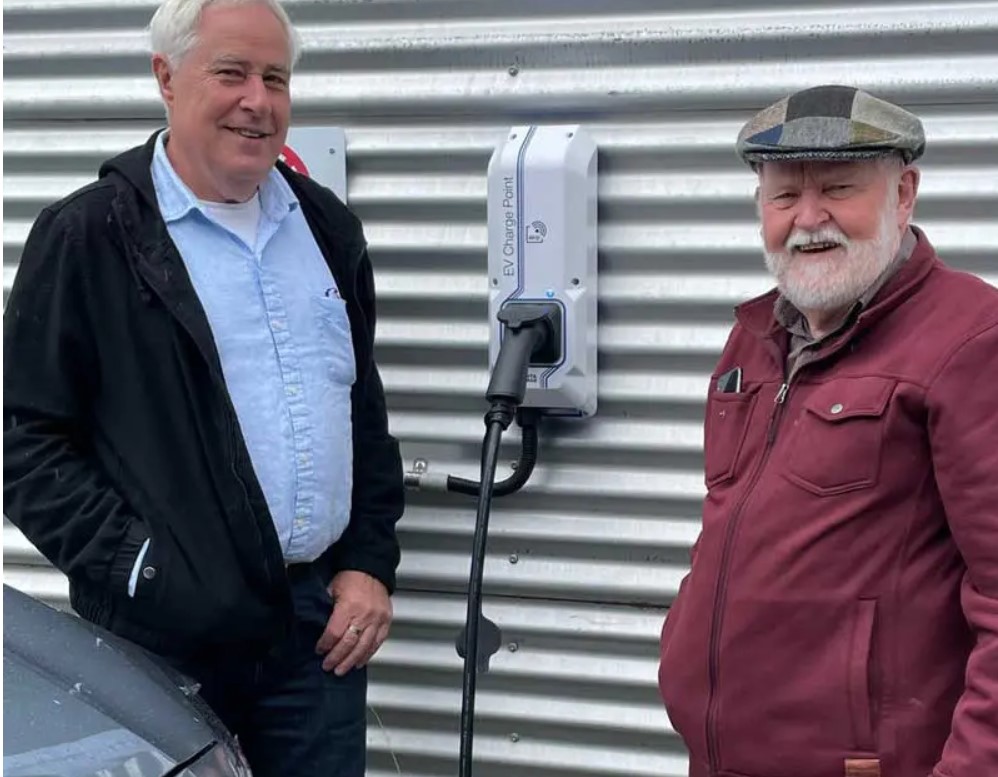 But ‘where to charge” is a question

At present there are 31 Queensland government-owned EV fast chargers dotted from Coolangatta to Port Douglas and westward from Brisbane to Toowoomba. However, little effort has yet been made to extend such services to rural and remote areas to supplement home chargers.

Graham investigated plans by different levels of government to install EV charging stations. He found there were no plans for governments to install chargers in small rural towns even those promoted as tourist destinations.  Each posited it was the responsibility of the other. 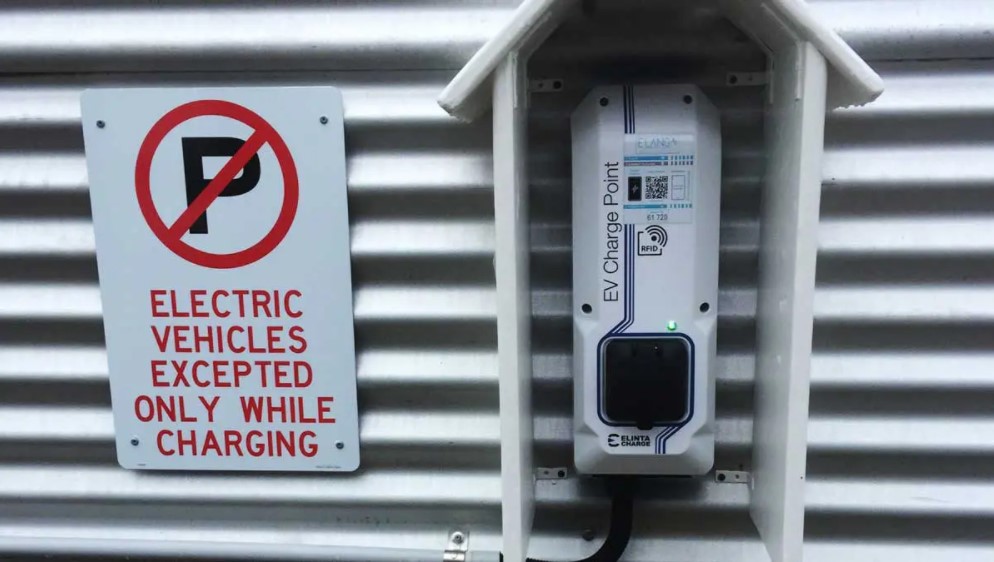 From talking to coming to be (The path to now)

Climate-change concerns were discussed in December 2020 by a public meeting of 60 residents convened by Maleny Forums, a non-political group that facilitates community discussion of local issues.

Amongst many matters raised, the meeting identified that there was no encouragement being given to residents by government to reduce the number of cars, to carpool or to consider switching to zero-emission vehicles; nor were there any public electric vehicle (EV) charging stations in Maleny’s business centre.

Maleny has always been a self-reliant community. Installing EV chargers would merely be the latest manifestation of community action. 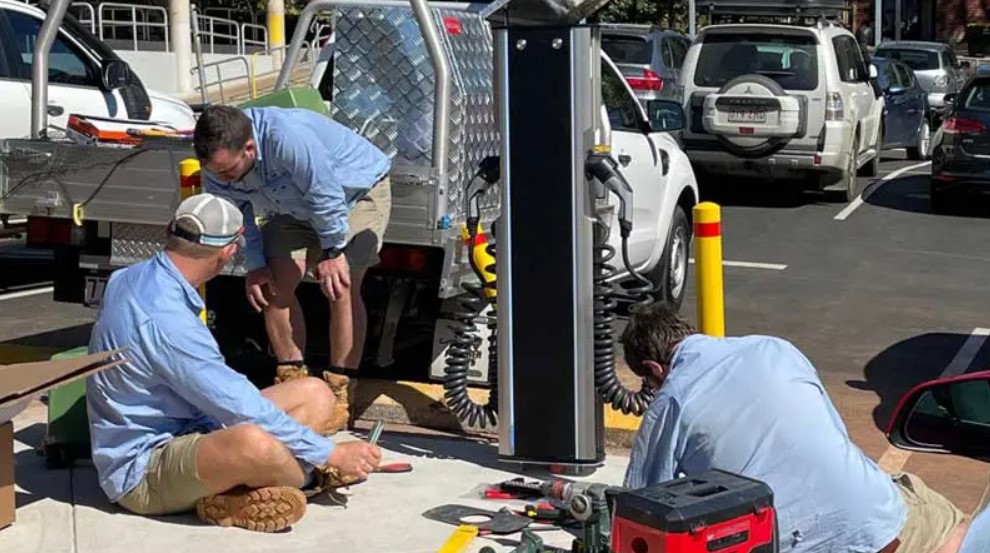 Peter Pamment, manager of the Maple Street Co-op, indicated that the Co-op’s decision to install the town’s first EV charger was a way of making Maleny more attractive to tourists while providing another service to its 1,000 clean energy-conscious members.

An upgraded solar power system ensures that the EV charger will not compromise the Co-op’s ‘staying green’ commitment. ‘Sustainability is in our DNA’, says assistant manager Fiona Emberton. Both Pamment and Emberton ride electric bikes to work.

In the 25 years Rob and Sam Outridge have run their business, some $2 million has been returned to the community through their community benefit fund. “A business should reflect the community (goods and services, staffing, atmosphere, etc),” says Rob.

“If it does, it’s a win-win situation for retailer and customer.’ The IGA’s two EV chargers are a way of promoting Outridge’s commitment to the community, the environment and customers. The store’s solar panels currently provide 10% of its total electricity needs and there are plans to rely more heavily on renewable energy in the coming years.”

“Maleny has been very good to us,” said landlords Marek and Libby Malter, “and we wanted to give something back.” 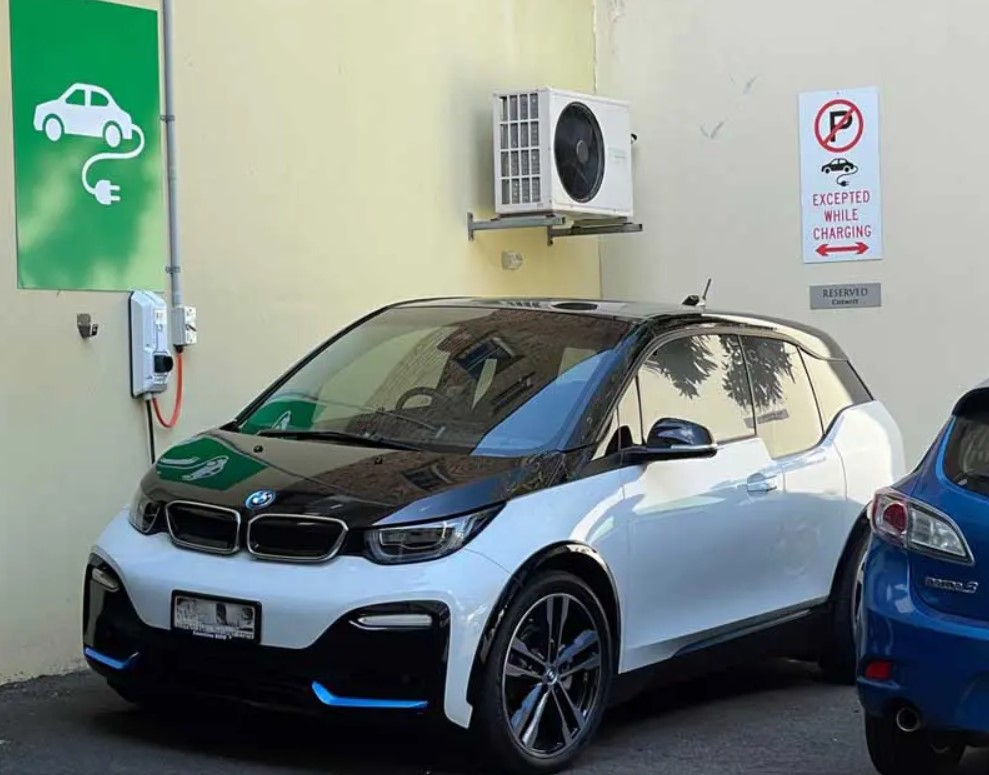 More recently Marek has been passionate about solar and other renewable energies and excited by the possibilities afforded by green energy hydrogen manufacturing in Queensland. The Malters have installed an EV charger at the back of their Maple Street building.

It will be of benefit to the staff of his tenants as well as to the town’s visitors. ‘We have got to keep Maleny a tourist destination, and EV chargers are a way of doing that’.

Extracted in full from: How a small hinterland town became an electric vehicle destination (thedriven.io)