Is this the future of your local fuel pump? Shell UK’s newly opened ‘EV hub’ hints at what to expect from reimagined petrol stations

The site, which Shell describes as a “global pilot”, consists of nine 175kW charge points, a coffee shop and an “extensive” convenience store to give its customers something to do while they wait.

Like pilot charging locations that have come before it, the Fulham EV hub boosts its sustainability by also featuring a canopy of solar panels above the site, double glazing for all the store windows to reduce energy consumption, and construction based on timber rather than steel.

Shell claims its 175kW chargers will allow charging at the site ‘three times faster’ than the more widely used 50kW DC fast charger, however this will depend on the capability of the car itself, with only higher-end EVs being able to accept charge beyond 100kW on DC.

Shell’s UK division is aiming to have 5000 EV charge locations in the country by 2025, most of which are to exist in on-street ‘charge posts’ at AC speeds via its Ubitricity subsidiary. The company has already built 3600 of these locations and notes that more than 60 per cent of households in England rely on on-street parking.

In Australia, Shell has indicated that it is watching the EV charging space and will make a move in our market when it considers the time right. Recently, the resource giant purchased two energy companies in Australia, ERM Power and Powershop Australia, as part of its $2 billion-a-year push into the “new energy” market, to achieve its stated goal of becoming a “net-zero emissions energy business by 2050 or sooner.” 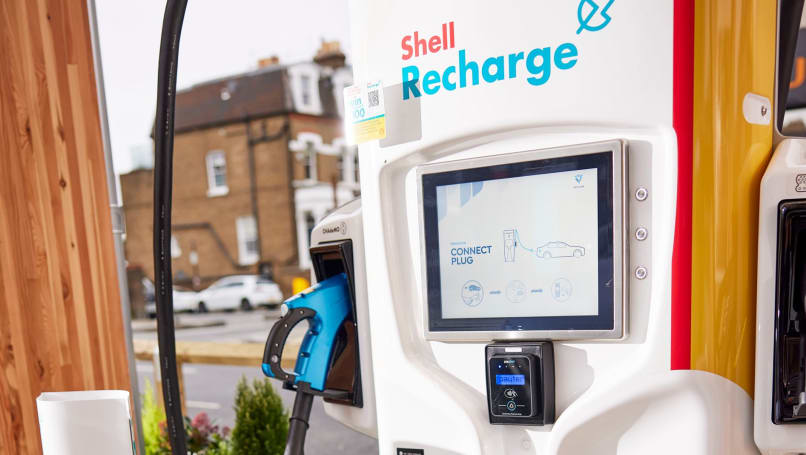 It will face significant competition in the charging space, at least in the short term, from leading EV charge provider ChargeFox as well as from Tesla, which has flagged the possibility of opening its significant charging network up to non-Tesla users, as well as from upcoming charging brands like Jolt and Evie.

Extracted in full from: Is this the future of your local fuel pump? Shell UK’s newly opened ‘EV hub’ hints at what to expect from reimagined petrol stations – Car News | CarsGuide