Kia’s EV6 is the new benchmark for affordable electric cars

We got our first good look at the EV6 last March and, nearly a year later, finally got to sit in it, drive it, and push every button in the cabin last week during a day-long press event in Northern California. It’s the first Kia vehicle to be produced under the company’s new Plan S electrification strategy and is expected to be joined by nearly a dozen other new EV models by 2026 – with Kia noting that “All dedicated Kia EVs will begin with the ‘EV’ prefix, followed by a number that indicates the car’s size and position in the lineup, not its chronological place in the launch cadence.” 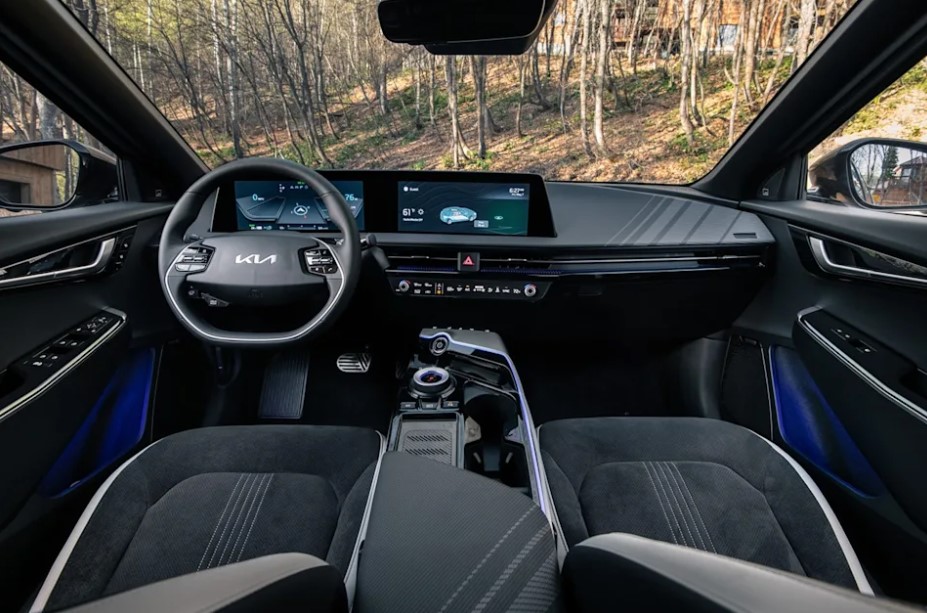 And that’s just vehicles built on the Hyundai Group’s (which owns Kia) E-GMP battery-propulsion platform. When the EV6 arrives in all 50 states later this spring, it’ll be going up against the likes of the Ford Mustang Mach-E, the Volkswagen ID.4, the Tesla Model Y, the Ioniq 5 and Nissan’s Ariya — not to mention Kia’s own Niro EV and its brother from a Hyundai mother, the Kona EV — also probably the Toyota bZ4X and Subaru Solterra when they eventually arrive as well.

The EV6 will be made available in three trim levels: Light, Wind, and GT-Line. Technically there’s a fourth version, the First Edition, but the 1,500 units in that introductory lot sold out in something like 11 hours so your chances of catching one for sale at the local dealership are quite low. 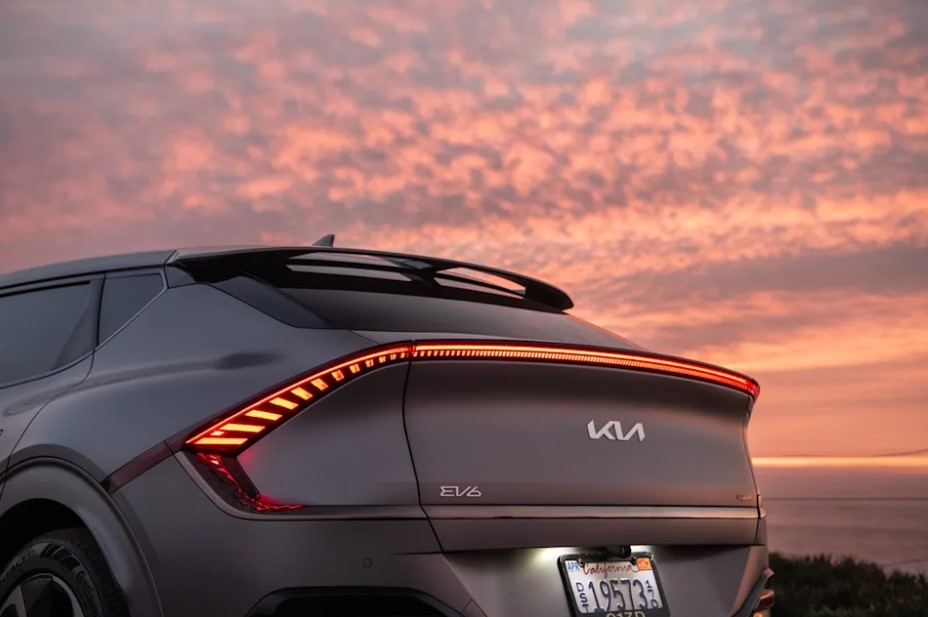 The EV6 Light is Kia’s introductory trim level, retailing for $40,900 and offering performance to match. Its 58 kWh nickel-cobalt-manganese battery powers a 168k W rear motor to produce 167 horsepower. That translates into an 8-second 0-60 with an electronically limited 115 MPH top speed and an EPA-rated range of 232-miles. In terms of efficiency, the Light will net you around 136 eMPG in the city (thanks, regenerative braking!) and 100 eMPG at freeway speeds. Like its better-appointed brethren, the Light employs MacPherson struts up front and a multi-link suspension in the rear.

Its drivetrain, unfortunately, can only handle a 400V charging architecture which lengthens the amount it takes to fully recharge it. It’s not terrible, mind you, with a full charge off a 50W DC fast charger taking just over an hour — and a cool 18 minutes if you’re lucky enough to snag a 350W station. At home, using a 240V / 48A connection (ie a home-charging box), you’re looking at just under 6 hours for a full charge but with a standard 110V / 12A socket (like what you plug your coffee maker into), that’s going to take days. Literally it’d have to sit on charge for more than a weekend — 51 hours and 5 minutes specifically, according to Kia’s numbers — to max out its battery capacity. You’re not going to see the same delays with either the Wind or GT’s on account of them using the same 800V-style drivetrains that we’re starting to see on higher-end EVs like GM’s Hummer EV, the Porsche Taycan, Audi’s E-Tron and even the Mach-E.

Extracted in full from: Kia’s EV6 is the new benchmark for affordable electric cars (yahoo.com)