he first electric fast charger has been installed on the remote Nullarbor, described as one of the final frontiers for Australia’s growing number of battery-powered vehicles.

Caiguna Roadhouse, one of 10 outback roadhouses dotted along a 910-kilometre stretch of the Eyre Highway, has become the first to embrace electric vehicles with a carbon-neutral charger.

The installation powered by vegetable oil — used to fry food like hot chips — comes more than a decade after what many motoring enthusiasts say was the first known crossing by an electric vehicle.

The $75,000 Biofil system was crowd-funded and plugs a 720km gap between proposed fast chargers in Western Australia and South Australia.

It was invented by retired Perth mechanical engineer Jon Edwards and means electric motorists can recharge their vehicles in less than an hour instead of needing to stay overnight. 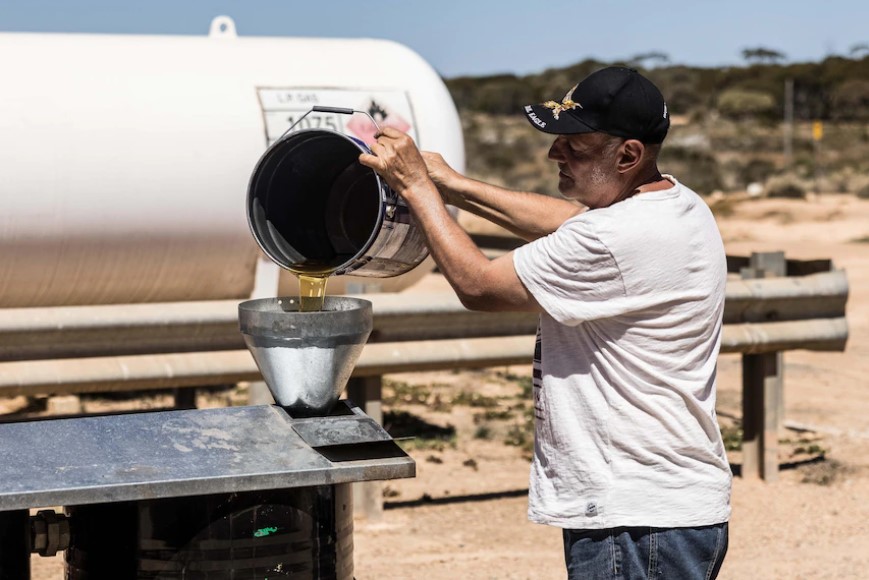 The average number of EVs crossing the Nullarbor over the last five years is five per year,” Mr Edwards said.

“I’m expecting that to increase significantly.

“Once these guys [electric vehicle owners] know there is fast charging, they will start making plans for trips.

It typically takes about 20 litres of oil to charge a car and Caiguna Roadhouse has now begun stockpiling the waste product. 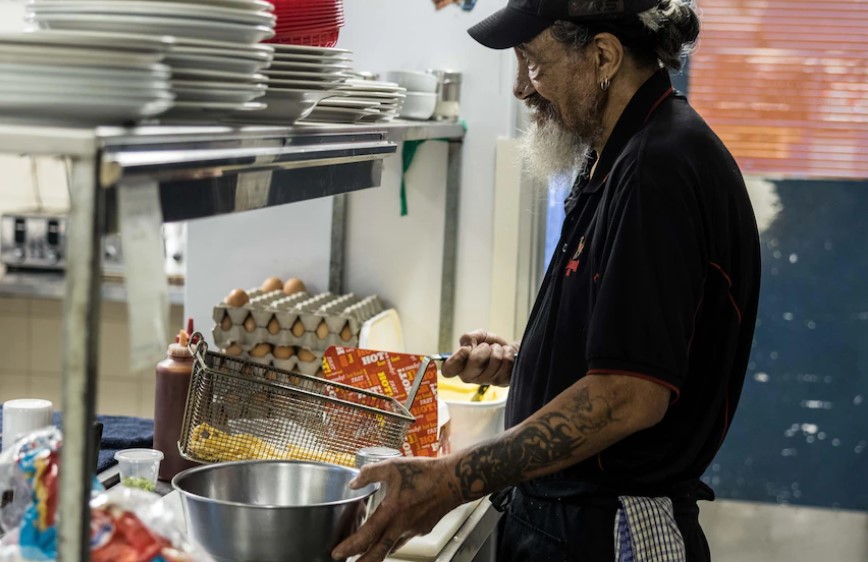 The oil used by roadhouse chef Franklin Wall will be recycled for the charger.(ABC Goldfields: Jarrod Lucas)

‘Better to be on the front foot’

Troy Pike, who manages the Caiguna, Cocklebiddy and Madura roadhouses, said he initially thought it was a joke when he heard the proposal.

“I had a bit of a laugh … I called them crackpots,” he said.

But he now believes it is only a matter of time before banks of fast chargers are installed along Australia’s Highway 1. 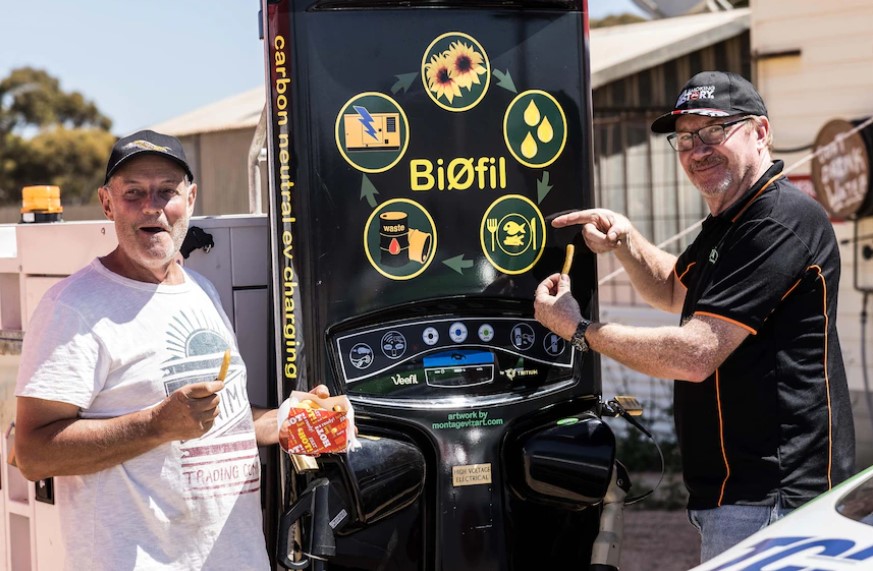 “I think it’s absolutely great, it’s a step in the right direction,” he said.

“Being a fuel man, selling diesel and petrol, it’s going to end sometime and it’s better to be on the front foot than the back foot.

“It’s an evolving thing and it’s snowballing quite largely around the world.

“I think for the initial period we might get one [vehicle] a month [using the fast charger], but it’s the same old thing: build it and they will come.”

Nigel Ball travelled from Perth for the fast charger’s unveiling in his Tesla that has the personalised number plates RIP OIL.

The self-described environmentalist brought a bottle of champagne to christen the charger, saying he plans to cross the Nullarbor once WA’s border reopens.

“There’s no way I would have done it before — sleeping in every roadhouse along the Nullarbor is not my idea of fun.

“Stopping at them for breakfast, lunch and dinner is fine, which is what these are all about.”

Among more than a dozen electric cars that journeyed to Caiguna for the opening was husband and wife rally car drivers Jurgen and Helen Lunsmann.

The couple competed in last year’s Targa West rally in a Tesla and say the fast charger is a major milestone.

“I think the Nullarbor is one of the final frontiers when it comes to electric vehicles,” Mr Lunsmann said.

“The lap of Australia is an ultimate goal for those pioneering, early adopters of EVs, and going forward more people are going to want to travel east-west, so the Nullarbor is one of those bucket-list trips.

“This is a fair bit of history. It’s the first time anyone crossing the Nullarbor will be able to charge at more than what you would be able to do at home.

“Having the fast charging means your charging will be the same as a rest break, which is ideal.

“The smell of the chips from the exhaust of the generator will probably drive a fair bit more business into the roadhouse.” 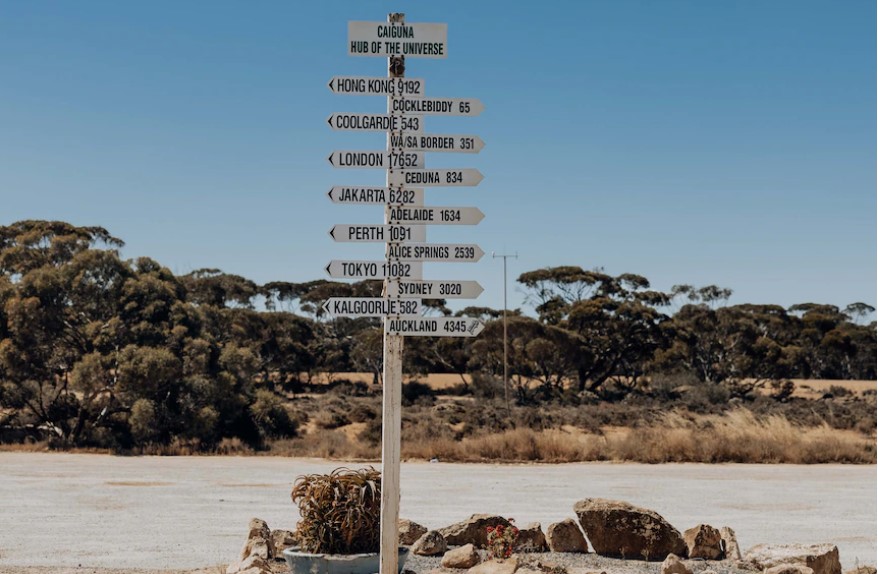 Australia lags behind on electric vehicles

Mr Lunsmann said the transition to electric vehicles in Australia would take decades.

“It’s not a switch you can flick, it’s going to be a gradual transition and infrastructure needs to grow to match that transition,” he said.

“That’s what this project is all about, the start of that growth of infrastructure — build it and they will come … it’s our field of dreams on the Nullarbor.”