Sales of electric vehicles expected to surge in the NT in 2022 as prices, subsidies tipped to drive uptake

Top End motoring enthusiasts come together once a month to talk cars and bikes, with coffee and donuts in hand.

On this clear Sunday — in the car park of the Howard Springs Bakery on the outskirts of Darwin — sit both the past and perhaps the future of Australian motoring.

One car among the prized line up of vehicles is attracting more attention than usual.

Parked alongside a Holden HSV Maloo — once touted as the world’s fasted ute — is an electric motor-powered Tesla Model X 100D, its gull-wing doors aloft.

The electric vehicle can accelerate from 0 to 100 kilometres per hour in 4.9 seconds, has a top speed of 250 kph and a range of 565 kilometres.

There are only 61 electric vehicles currently registered in the Northern Territory and the Electric Vehicle Council of Australia puts the NT last among all states and territories for electric vehicle penetration, with only 0.03 per cent of our light vehicle fleet being electric, well below the 2020 global average of 4.2 per cent. 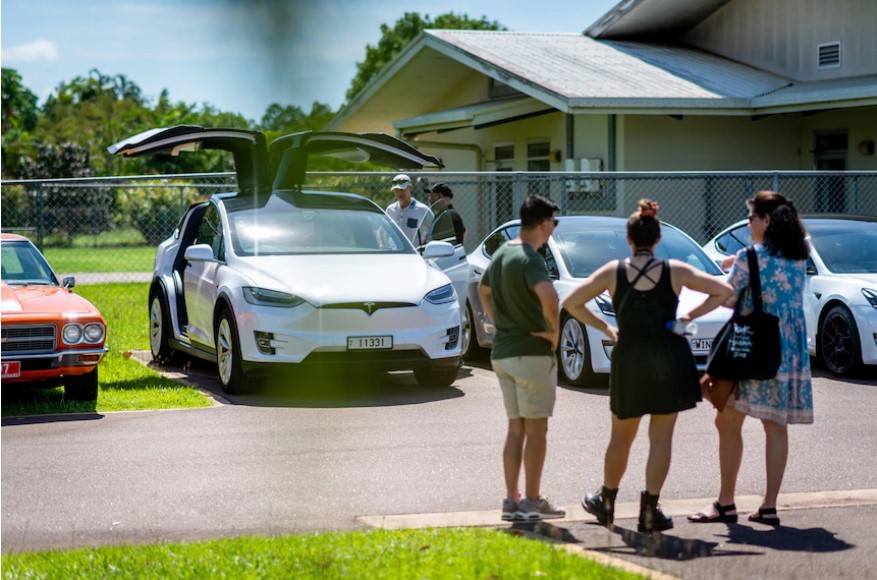 It’s not often you see Teslas in the Northern Territory.(ABC News: Che Chorley)

However, the Territory’s small and dedicated community of electric vehicle enthusiasts hopes to change that.

Richard Smith, owner of the Tesla family SUV, has clocked up close to 60,000 km since he purchased the vehicle in 2018.

“I often hear people say that you can’t drive an electric vehicle in the NT, and I use that opportunity to let them know that it’s pretty easy actually … I let them know some of the things that I’ve done,” says Mr Smith, who is from Darwin. 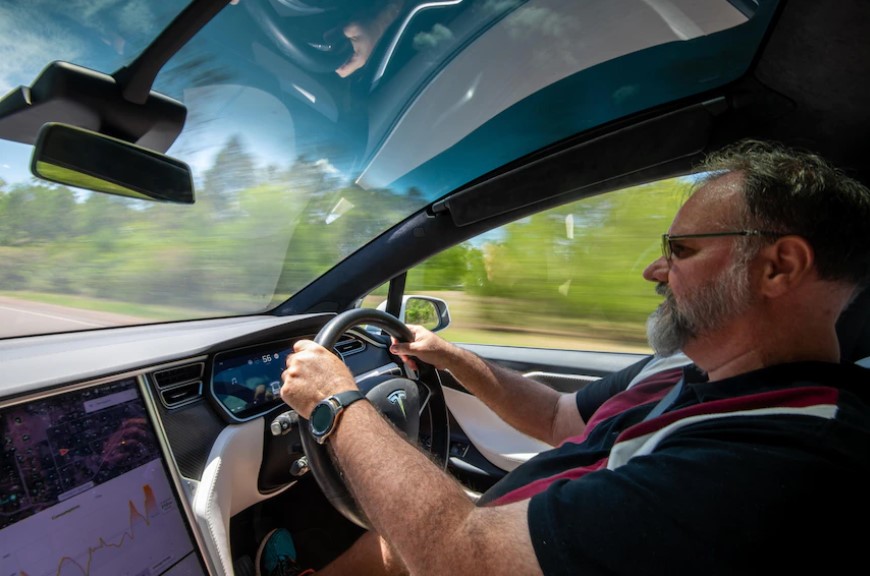 Richard Smith has driven around Australia in his electric vehicle.(ABC News: Che Chorley)

Mr Smith has also travelled extensively in the Northern Territory, including doing the Alice Springs-to-Darwin drive many times. 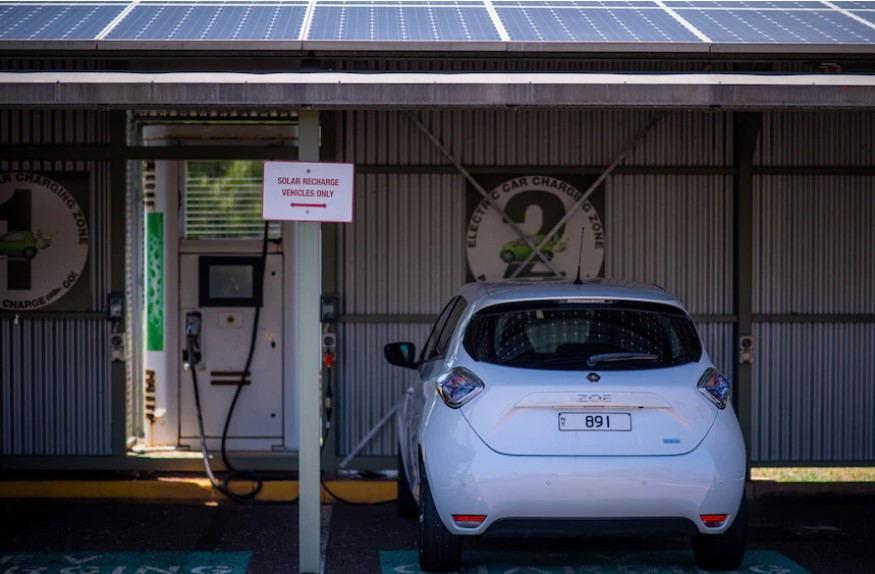 Darwin local Joseph Chin, who moderates a Facebook group dedicated to renewable energy solutions and electric vehicle ownership, also champions electric vehicles but does not yet own one.

He says the cost and limited range have kept him from buying one but he expects that to change with the arrival of cheaper models with greater range options that are expected to enter the Australian market in 2022.

Commercial businesses have already begun installing chargers or re-fitting existing structures to accommodate the trickle of cars operating on the Territory’s roads.

Middy’s Electrical of Darwin installed its first charger in August 2020 and have one or two regulars twice a month who use the service, as well as a number of drop-ins. 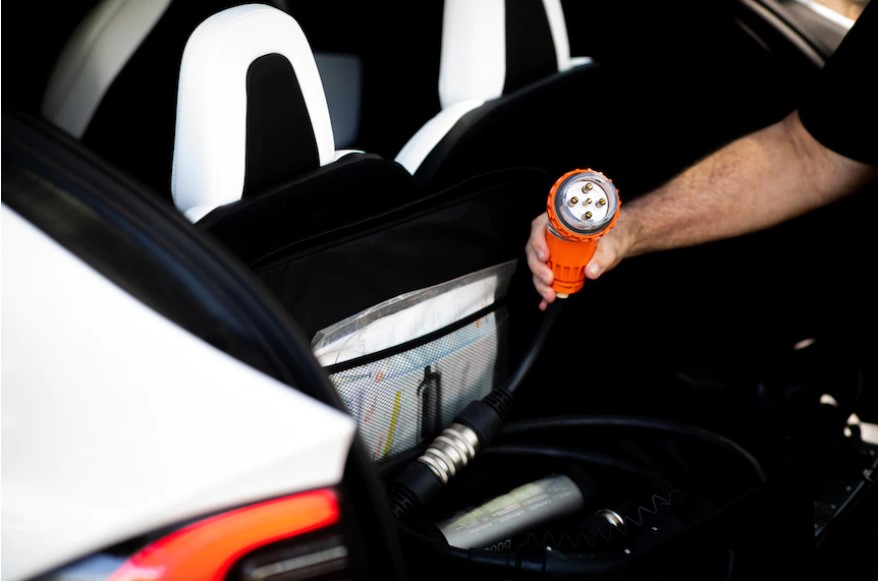 Branch manager Jay Hibberd puts the relatively low usage of the service down to the small number of electric vehicles in Darwin.

But he is expecting a surge in usage with the planned introduction of incentives from the Northern Territory government, which are due to come in to effect in July 2022.

“We are already starting to get requests from home owners to have domestic charging stations installed at their home,” he says.

“I feel, once the incentives come in, there will be a big demand in usage, not only here, but all over the Territory.” 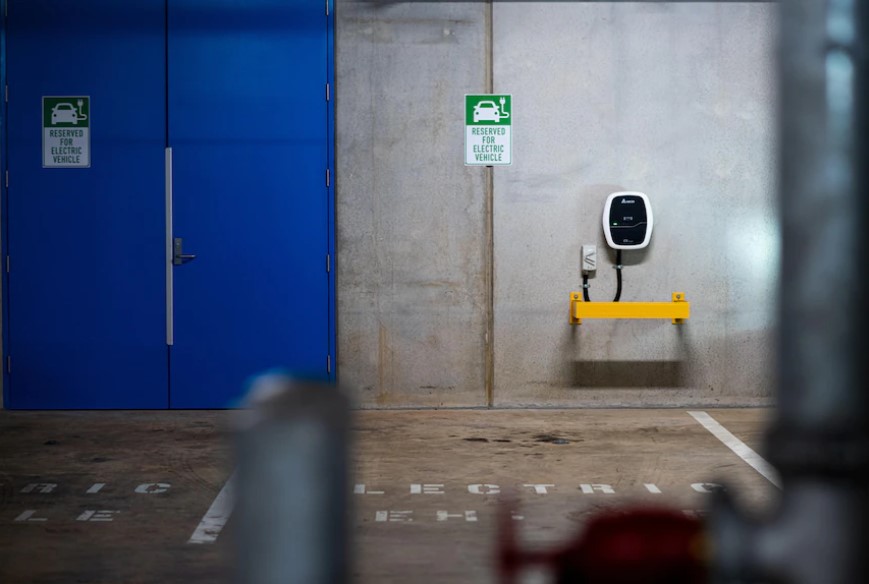 The Northern Territory government has committed to installing charging outlets across new government-owned and leased buildings.

It is also offering stamp duty concessions and free registration for electric vehicles for the first five years of ownership.

Eva Lawler, the Minister for Renewables and Energy, has said the Territory’s government would “support the installation of fast chargers at strategic locations across the main highway network”.

The government also has a plan to transition its fleet to electric vehicles at a rate of 20 vehicles per year, culminating in 200 vehicles by 2030.

Currently, there are 15 EVs across the fleet, which — according to a report by the National Transport Commission released in August of 2021 — puts the Northern Territory second to last as a percentage of total sales for electric or hybrid vehicles by state or territory government.

Under the government’s plan, fleet EVs will also enter the second-hand market on their replacement, offering another avenue to cheaper EV ownership in the future.

He suggests the government follow the lead of other states by offering $3,000 rebates to new EV purchases.

“The concessions are going to be helpful to a point, but I’d prefer to see a rebate brought in,” he says.

“I want to see as many people as possible able to benefit from this technology.”

Prices for many top of the range EVs remain prohibitive, with vehicles such as Mr Smith’s Tesla costing almost four times as much as Australia’s top selling SUV, the Toyota RAV4.

At the federal level, the Morrison government has released its Future Fuels and Vehicles Strategy plan, which includes the installation of three fast-charging outlets, but only for Darwin in round one of the plan.

It does not include any financial incentives to stimulate the uptake of EVs, instead relying on partnerships with the private sector

Federal Labor meanwhile has committed to making electric vehicles more affordable through the exemption of many EVs to import tariffs and fringe benefit taxes, saving employers up to $9,000 on a $50,000 EV if purchased through employment arrangements.

Aside from the government measures, the arrival of new electric vehicles costing less than $50,000 is expected to accelerate sales growth in Australia.

And the expected arrival of electric off-road capable vehicles in 2022 is expected to surge sales in northern Australia, where there is a strong 4WD community and culture. 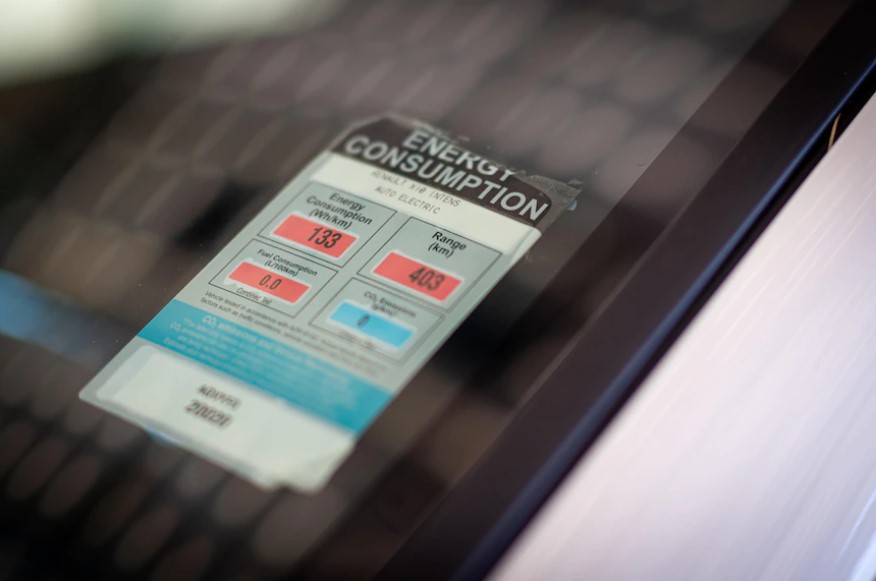 Mr Brown says that a substantial drop in cost, combined with the introduction of government incentives, can potentially encourage “the wider community to purchase an eco-friendly option”.

With range anxiety fading thanks to the implementation of new chargers across the country and apps to help locate services, Mr Brown expects an increase in “consumer peace of mind and confidence with the full electric models”, something many in the Territory’s already established EV community already have.

Peace of mind for Mr Smith and his family comes from knowing that his vehicle charges overnight at his home, “just like a mobile phone”, powered from solar power collected during the day, and that — when he leaves in the morning for work or to drop off the children at sport — his car is ready to go. 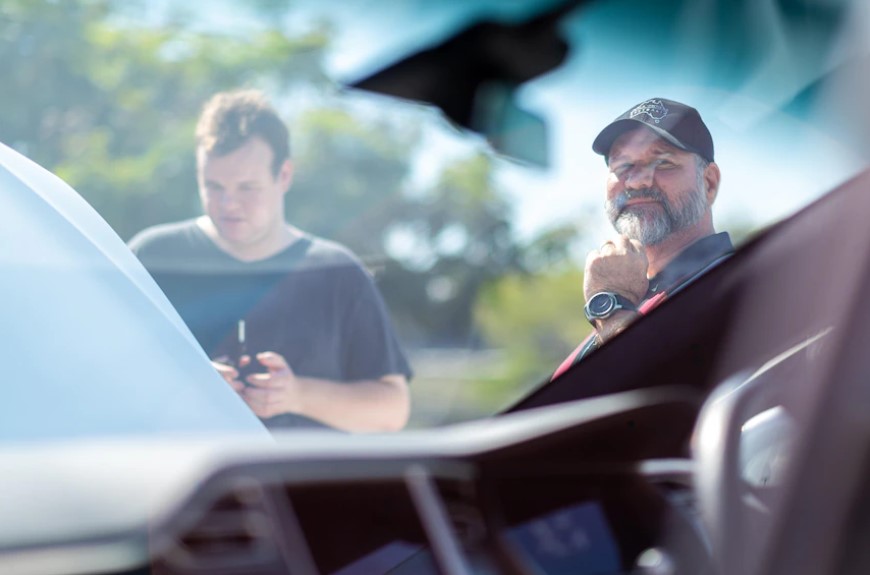 Only 0.03 per cent of the Northern Territory’s light vehicle fleet is electric, well below the 2020 global average of 4.2 per cent.(ABC News: Che Chorley)

Extracted in full from: Sales of electric vehicles expected to surge in the NT in 2022 as prices, subsidies tipped to drive uptake – ABC News