Sony, an iconic electronics company known for making video game consoles and televisions, is gearing up for a push into electric vehicles.

Its EV program began two years ago, but the company is now attracting partners that can help it develop and actually build roadworthy cars. It’s still unclear how far Sony will go with these efforts, but the pieces are falling into place for the company to launch a competitive EV business.

For Sony, the road to a viable electric vehicle runs directly uphill. The company faces all of the ‘normal’ struggles and roadblocks to building a successful auto brand, which include securing a functioning supply chain, manufacturing, testing, and more.

hat’s all on top of the design phase, and does not include the hundreds of additional employees Sony will need to pick up to power its EV efforts.

Of course, the company could fall back on contract manufacturing and other outsourcing solutions, but sustainable growth will eventually require a shift for Sony to in-house production and development.

A risk worth taking 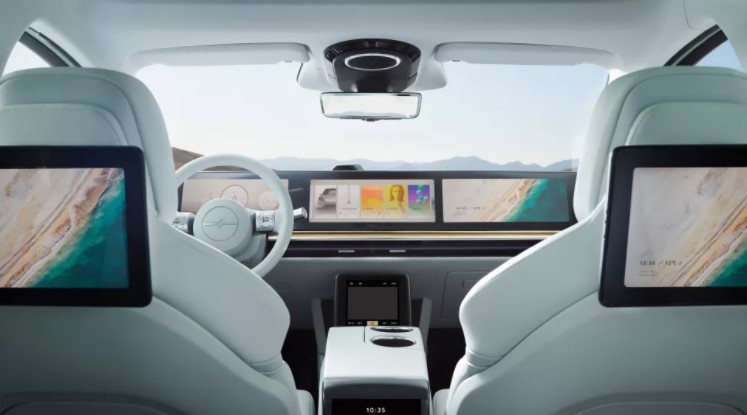 Entertainment is a key part of the Vision-S 02 concept (Image credit: Sony)

Further difficulties lie ahead in the competitive landscape, where Sony will face off against every legacy automaker plus several well-funded startups, some of which have already begun delivering new EVs to customers.

All of that said, Sony has two prototypes and has already secured a partnership with Magna International, which owns a factory in Austria. Bosch and other big-name auto parts suppliers are on board, so many of the required pieces are already in place or are in motion.

Why would Sony want to dive into such a tough business? The PlayStation maker sees an opportunity to boost revenues through subscription content services and other pay-as-you-go functions that can be built into cars.

The company also acknowledges that ignoring EVs is a risk, as its executives believe that EVs are transforming the auto industry in the same way the iPhone did to mobile phones over a decade ago.

Extracted in full from: Sony seems to be serious about electric cars as it gears up for a major EV push | TechRadar