Why Toyota says buyers should think twice about electric cars

Environmentally conscious drivers should think twice before choosing an electric car, according to a leading automotive brand.

Toyota’s Australian boss wants drivers to think carefully before buying a new electric car with a massive battery, as it might not be what they really need. 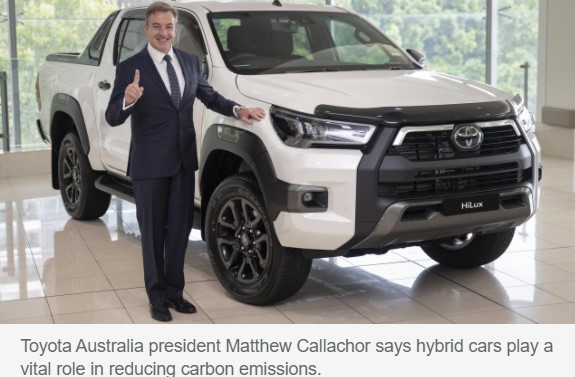 Matthew Callachor, president of Toyota Australia, told reporters on Thursday that drivers who use their cars for short trips may be overcapitalising on electric cars with enormous battery packs responsible for significant carbon emissions throughout their life cycle.

That view was backed by Federal Chamber of Automotive Industries chief executive Tony Weber, who warned legislators not to push battery electric technology to the detriment of other vehicle types.

Speaking with reporters during an annual presentation of the best-selling new cars, Callachor said the popularity of hybrid cars reflected their relevance in Australia. Hybrids were more affordable than battery electric vehicles (BEVs) and would reduce “more emissions, sooner, than BEVs alone”.

Toyota has sold more than 240,000 hybrid vehicles since the original Prius arrived in 2001.

“According to our calculations, those 240,000 hybrids have had the same impact on reducing CO2 as approximately 72,000 BEVs,” Callachor said.

“Yet the volume of batteries we’ve used to produce these hybrid-electric vehicles is the same as we’d need for just 3500 BEVs.

“In other words, we can say that the batteries needed for 3500 BEVs have been used to achieve the CO2 emissions reduction effect of 72,000 BEVs. 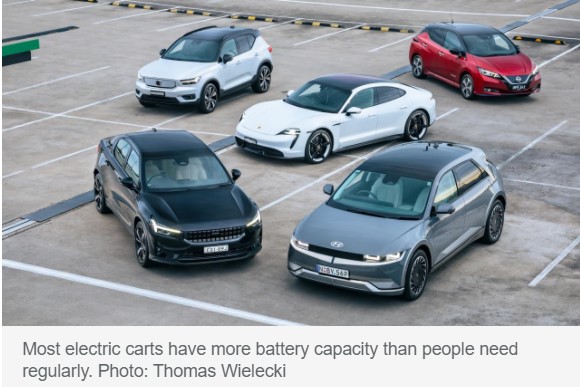 “It means that HEVs are an extremely effective way of reducing carbon emissions today – and doing so at a comparatively affordable price.”

Many green customers are attracted to Tesla-like electric cars with big batteries capable of longer distance driving, as opposed to EVs such as Mazda’s MX-30 and the electric Mini Cooper with limited range.

But Callachor said some buyers who insisted on big batteries were missing a key point of electric vehicles – reducing carbon emissions.

“If you’re recharging a 400km BEV every night for an average round-trip commute of around 40 kilometres, then you’re not getting any carbon-reduction benefit from 90 per cent of the battery cells,” Mr Callachor said. 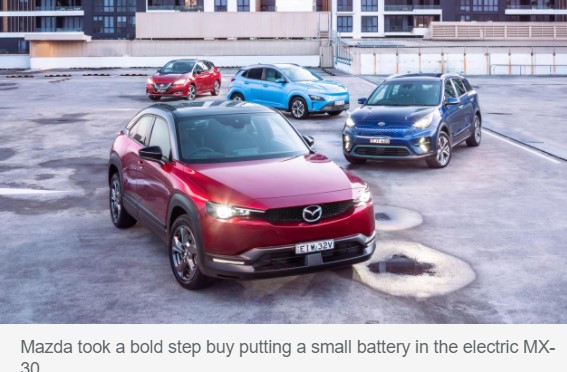 “If we put those unused batteries to use in other electrified vehicles, we could prevent far more carbon from entering the atmosphere.

“We cannot assume that ‘one size fits all’. Even if the best choice for the average person someday becomes a BEV, it will not be the best way for every person to reduce carbon emissions.

“Distributing every battery cell so that we get the maximum benefit means putting them into appropriate electrified vehicles including HEV (hybrid), PHEV (plug-in hybrid) and FCEV (hydrogen fuel cell) vehicles … not just into a smaller number of BEVs.” 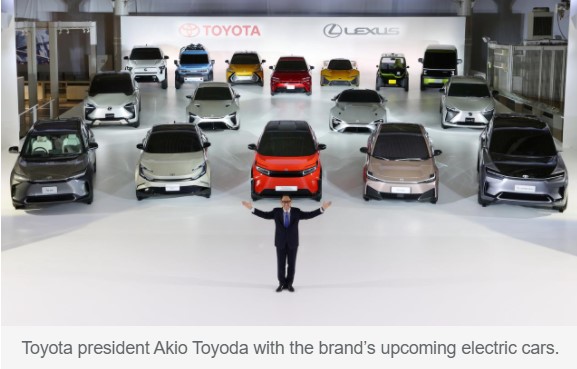 Famously slow to adopt pure electric power, Toyota shocked the motoring world with more than a dozen battery-powered concept cars late last year, bowling up everything from cut-price hatchbacks to a rugged ute and Ferrari-fighting supercar.

The brand’s first dedicated BEV, the Toyota bZ4X, will reach Australia this year. When it does, Toyota will join Hyundai as the only brands offering electric, hydrogen, hybrid and conventional combustion cars in 2022.

“In a country as diverse as Australia, we need to offer diverse options that – for example – account for different energy sources as well as large differences in customer usage and needs,” he said. 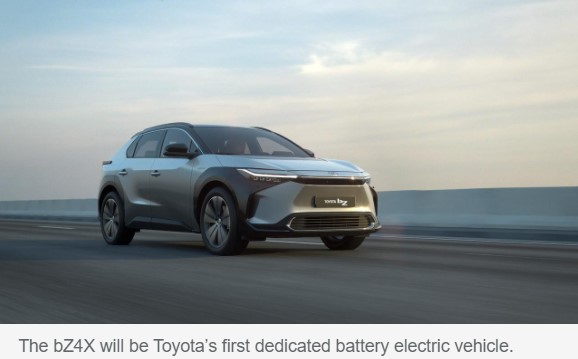 The FCAI’s Tony Weber said although “there is no doubt EVs are the future”, governments should set carbon emissions targets rather than incentivising battery electric vehicles to the detriment of other options. The UK has banned the sale of petrol, diesel and even hybrid vehicles from 2030, an approach the local car industry hopes to avoid.

“Good intentions are not always the right pathway to good outcomes,” he said.

“We must not lose sight of the overall policy objective here, and that is to release CO2 emissions.

“Set the targets and let the market deliver the technology mix.”