Fifteen kilometres from Darwin CBD, there’s a plot of mud and dirt that is about to become a $270 million asset for the United States defence force.

By September 2023, the East Arm fuel storage facility is expected to be able to store 300 million litres of military jet fuel to support American defence activities in the Northern Territory and Indo-Pacific region.

Crowley Solutions, a Florida-based logistics company, won the construction tender for the project in September 2021.

“This facility is going to be a forward-deployed strategic storage facility which will provide a large volume of fuel in this part of the world,” Mr Thomas said.

“And obviously we’ll be moving [fuel] in and out to vessels at the port as well as on to road tankers to go inland to places like RAAF Darwin and RAAF Tindal.”

A pipeline and marine loading arms will also be constructed at the East Arm Wharf. 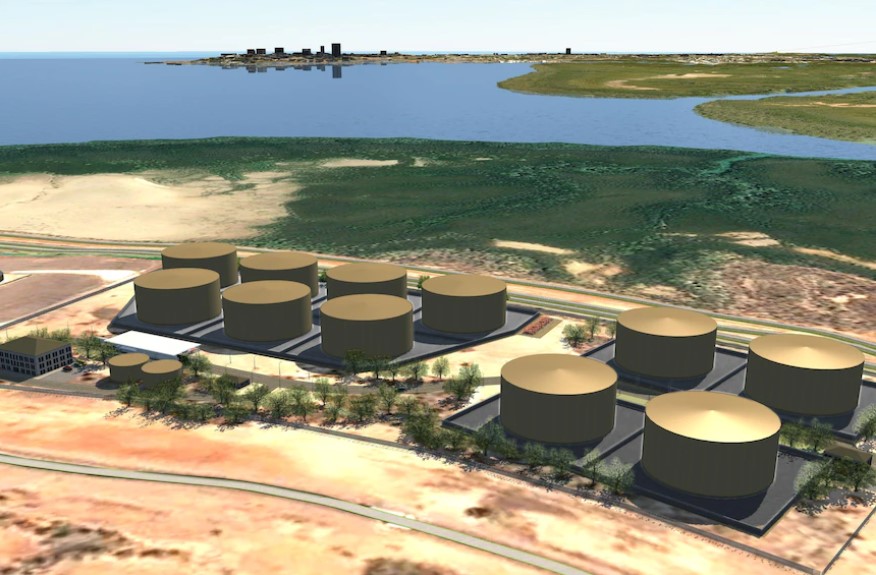 Preliminary works on the project are now underway.(Supplied: Crowley Solutions )

The site is adjacent to the Port of Darwin, which is leased and run by Chinese company Landbridge, and next to an existing 174-million litre Vopak fuel storage facility.

The project is expected to create about 400 jobs during its construction, with 20 ongoing positions once it is operational.

Australian company Saunders International has been awarded a $140 million contract for the design and construction of the 11 jet fuel storage tanks, the largest facility of its kind in the Northern Territory.

Chief Minister Michael Gunner welcomed the promise of jobs in Darwin, a city he said was becoming a “leading hub for defence and national security”.

“We’re a very large place with a very small population and we offer Australian defence forces, American defence forces, Japanese and others things they simply can’t do anything else … and this investment [is] following on the back of that,” Mr Gunner said. 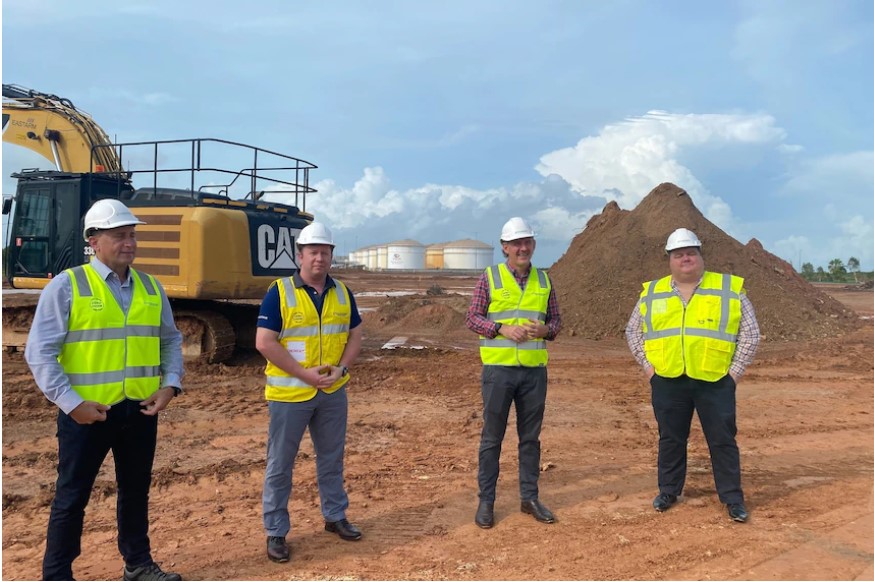 Northern Australia analyst at the Australian Strategic Policy Institute, Teagan Westendorf, said the US government had committed about $800 million to various projects in northern Australia under the United States Force Posture Initiative.

“This spending is definitely a sign of growing US military presence in the north, but it’s important to remember that presence is arguably as much of a deterrent for conventional conflict as it is necessarily a preparation to act in that way,” Dr Westendorf said.

Each year, the Top End hosts a six-month rotation of about 2,000 US marines as well as American military aircraft under an “enhanced air cooperation agreement”, as the United States turns its focus to the Indo-Pacific region. 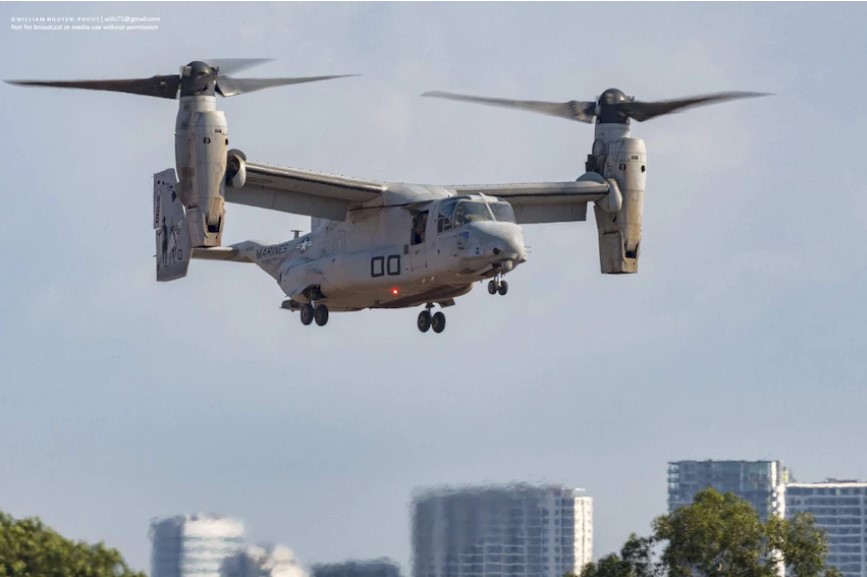 A US marine MV-22 Osprey in the air over Darwin.(Supplied: William Nguyen-Phuoc)

On the back of the announcement of AUKUS, an alliance between Australia, the United Kingdom and the United States, the US charges d’affaires to Australia flagged a “bigger, more integrated, more ambitious” Marine Corps deployment.

“The Australian-American agreement has evolved continuously, so I think we can all expect an evolution,” Mr Gunner said.

But he said any increase in the number of US boots on the ground was up to the Australian and American governments.

Defence Minister Peter Dutton has previously said there is a “clear desire” to strengthen the US Marine Rotational Force in Darwin.

Dr Westendorf said while the north of Australia was likely “already a target” for conflict, the presence of allied forces and resources in an increasingly unstable geopolitical environment could help to maintain peace.

“The relationship is a really important one for Australia in terms of being able to exert pressure in the right ways in the region to deter conflict and endure the tensions we’re experiencing with [Chinese Communist Party] expansionist policies,” Dr Westendorf said.

Under the 2011 Marine Rotational Force Darwin agreement, US troops will continue to be deployed to the area until at least 2025.