Against the odds, a significant new tenant is boosting its profile in WA, with the 7-Eleven convenience store and petrol station giant spreading its footprint on the West Coast.

The 7-Eleven brand has just made its first foray into regional WA with a new petrol station and store in Busselton. It also has plans to open in Baldivis North, Bentley, Kardinya, and Treendale in the next six months.

The global brand has an ambitious plan to grow by five to 10 stores in WA every year over the next five years, adding to its current eight stores. 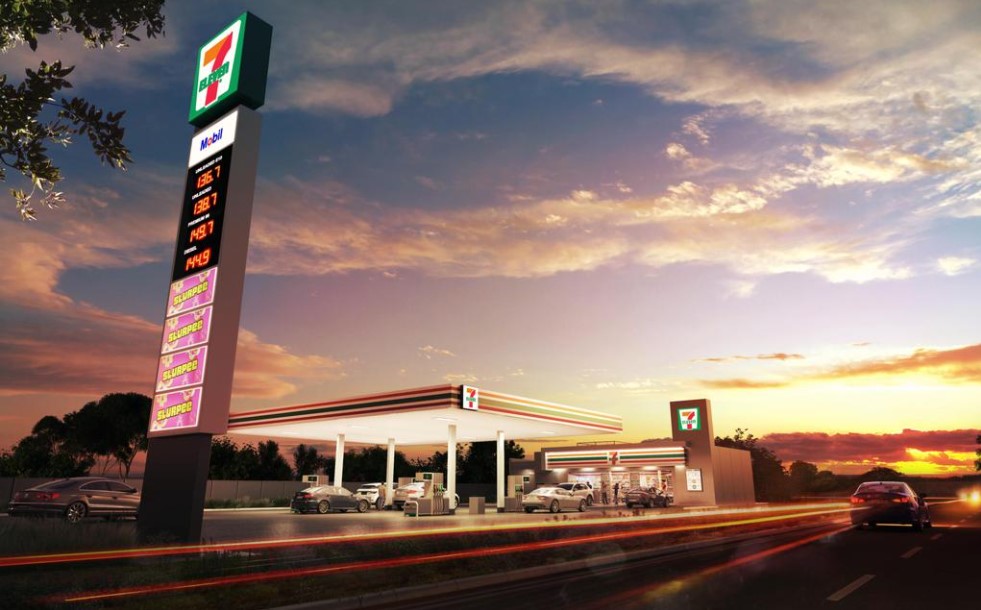 The rise of the privately-owned Australian arm of the global brand means a significant influx of money in the commercial property sector, with the group having spent $47 million on store fit-out and signage to open its existing eight stores since 2014.

The success story appears to have emerged against the odds, as convenience stores face competition from an expanding suite of round-the-clock supermarkets.

The rise of electric vehicles has also called into question the future of petrol stations, as increasing numbers charge up in the home garage.

But 7-Eleven Area Lead (WA) Nick Maddox said the group had grown exponentially despite the challenges, with 700 stores nationally.

“It’s absolutely correct to say the convenience market has changed pretty rapidly over the last few decades,” he said.

“24/7 trading of supermarkets has been available in Victoria and New South Wales for a number of decades and our business has continued to evolve and thrive.

“We’ve invested to provide our customers with a range of convenient options that are more than an emergency top-up when the shops are closed.

“We’re focused on continuing to meet the ever-changing needs of customers. We think food on the go — such as coffee, sandwiches, smoothies, and sushi — will be key drivers for growth in our business in the decade ahead.”

He said the company would invest about $6 million in new stores this year, and was looking for the right locations for new stores and stations.

This included regional locations, like the recently opened Busselton store.

The company usually worked with developers to build custom facilities that suit their business, usually maintaining the site as a corporate-owned business for a few years before selling it as a franchise.

“We are interested in sites in both established suburbs and growth corridors positioned within reach of our customers along busy commuter routes, immersed within residential precincts along connecting roads, local shopping, and community centres,” Mr Maddox said.

“Our preferred sites provide convenient access for passing traffic and suitable room for vehicle movement and easy customer parking. We’re continuing to work with landlords and developers in Western Australia to secure locations to serve our local communities.”

Extracted in full from: 7-Eleven expands into regional WA with Busselton petrol station and store | The West Australian