It’s official: the ACT is the first Australian jurisdiction to be able to certify its hydrogen is truly clean.

Working with local energy provider ActewAGL, the Smart Energy Council has traced the lifecycle of the hydrogen available at the refuelling station in Fyshwick to make sure no carbon is involved along the way.

The council is Australia’s peak body for solar, power storage and renewable energy, with independent auditors assigned to perform the process.

“We have now certified that it is powered by 100 per cent renewable energy and that it is producing zero-emissions hydrogen,” Mr Grimes said.

This makes it just the second in the world to receive certification, behind another hydrogen station in Halle, Belgium. 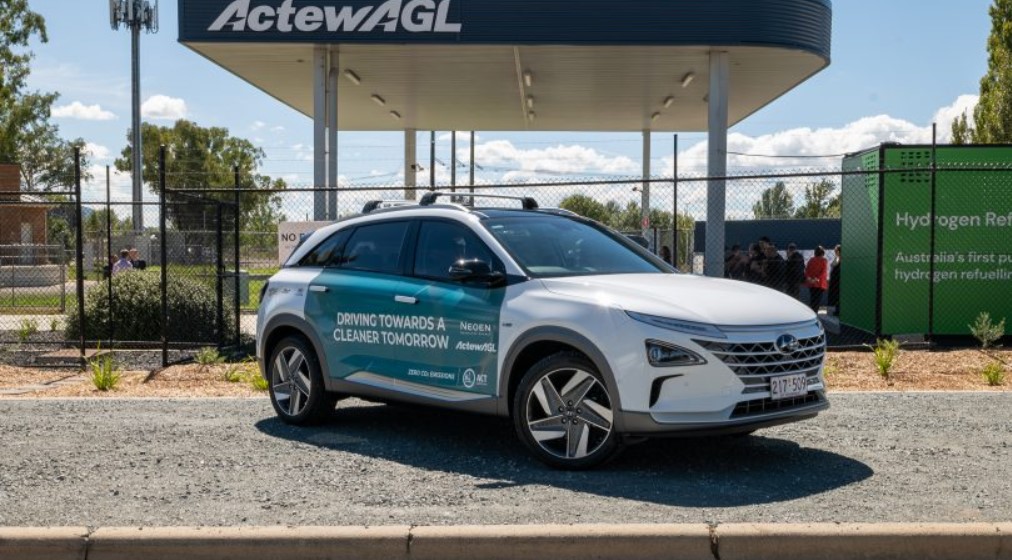 One of the ACT Government’s 20 hydrogen-powered Hyundai NEXOs. Photo: File.

The Fyshwick station opened on 26 March 2021, marking a major milestone in the rollout of zero-emissions vehicles in the ACT. It primarily services the ACT Government’s hydrogen-powered Hyundai NEXO fleet vehicles.

The station and the 20 cars are the result of a commitment by renewable energy producer Neoen as part of its successful bid on the Hornsdale wind farm in South Australia in 2016.

Using power from the wind farm and an electrolyser, hydrogen is produced and stored onsite at the station. It can then be pumped directly into a hydrogen-powered car in much the same way as petrol or diesel.

The hydrogen chemically reacts in an on-board fuel cell with oxygen in the air to make electricity and water. This electricity is used to power the electric motor and drive the wheels, just like in a battery-electric vehicle. The water is emitted from the tailpipes.

“It’s a process that starts with water and ends with water,” Mr Grimes said.

“Any emissions that coming are out of the tailpipes of this vehicle are water vapour. That’s a really exciting prospect. The question is, what is the energy source that is being used to power that process?”

More than 97 per cent of the world’s hydrogen supply is produced by way of fossil fuels, chiefly gas and coal. Mr Grimes said this needs to change if hydrogen is to become the fuel of the future it is touted to be.

“If you have zero-carbon energy going into the process to make a zero-carbon, clean fuel, that really is the utopia,” he said.

“That is the ‘wunder-fuel’ that we need to power our zero-carbon future.” 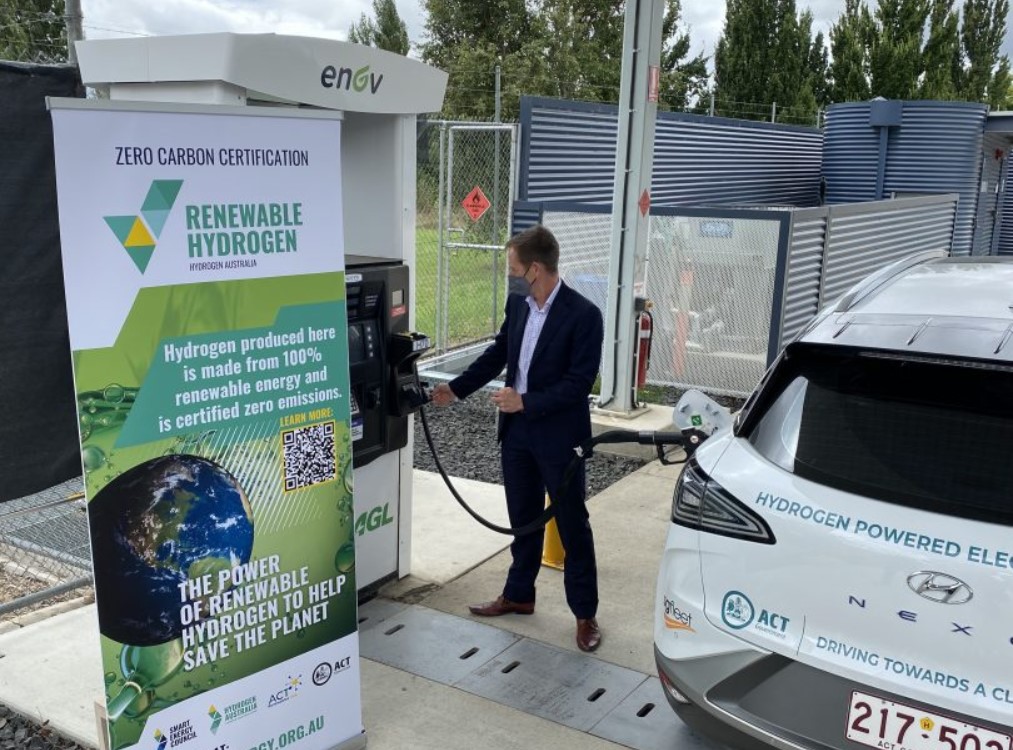 ACT Minister for Energy and Emissions Reduction Shane Rattenbury said renewable hydrogen is the only hydrogen that should be produced in Australia.

“Any investment in the hydrogen industry should be green hydrogen, that is, hydrogen made using renewable electricity,” he said.

“That is why the Smart Energy Council’s scheme is important because it will enable hydrogen and related products to be certified as zero emissions. It is critical we can track how these products are manufactured so customers can be certain the product they select is genuinely zero emissions.”

ActewAGL CEO John Knox said the achievement “provides certainty to our customers that their vehicles are running on green hydrogen”.