‘Advantages other nations would die for’: Push to build electric cars in Australia

Australia could build a successful domestic electric vehicle industry by offering major global manufacturers tax incentives to establish a local base and create jobs in communities that are transitioning from carbon-intensive industries, a new report has identified.

Industry and the union movement have endorsed the findings from the Centre for Future Work, released on Tuesday, which also recommends tax breaks for mining companies involved in the extraction of key minerals – primarily lithium and rare earths – to boost local manufacturing capabilities, especially emerging EV battery industries.

The global electric vehicle market is rapidly growing as the world’s biggest companies attempt to decarbonise to combat climate change and keep global average temperatures as close to 1.5 degrees celsius as possible under international agreements.

In 2021, electric car sales more than doubled from the previous year to 6.6 million, representing almost 9 per cent of the market. China accounts for more than half of all electric cars sold, but there is strong growth in Europe and the United States. Australia has lagged in the market, which also remains sluggish in Brazil, India, Indonesia and Japan.

The new report, Rebuilding Vehicle Manufacturing in Australia: Industrial Opportunities in an Electrified Future, found Australia was uniquely blessed with advantages to attract and retain EV manufacturing and rebuild the nation’s car-making capacity. But it warned that it needed major government action.

The report makes a number of recommendations including establishing an EV Manufacturing Industry Commission and introducing a long-term strategy for vocational training to ensure the establishment of skills to service major EV manufacturers looking to set up operations in Australia.

It said the industry would be boosted by offering major global manufacturers incentives to set up – especially in Australian regions undergoing a transition from carbon-intensive industries.

Australia is the world’s biggest producer of lithium and accounts for an estimated 30 per cent of known resources. Most lithium in Australia, however, is exported as spodumene concentrate, rather than refined battery-ready material.

The plan said capturing opportunities in the electric vehicle and battery energy storage supply chain could create 34,700 jobs in Australia by 2030, while global demand for batteries has been forecast to increase tenfold to reach $151 billion by the same year.

The report said Canberra should lead the way with a commitment for public procurement of EVs, aiming for a medium-term target of 50 per cent of government fleets by 2025 and 100 per cent of fleets at all levels of government by 2030.

AMWU National President Andrew Dettmer said a worker-led industrial transformation of the economy with electric vehicle manufacturing at its core would result in an advanced economy founded on economic, social and environmental justice.

“If the government introduces the right industrial strategy to attract and retain EV manufacturing we can rebuild our national car-making capacity,” he said.

He said if Australia was planning to meet its 2050 net carbon emissions targets, then more broad-ranging government support would be required to ensure that companies could invest and purchase affordable equipment and that could be aided by a larger domestic manufacturing industry. 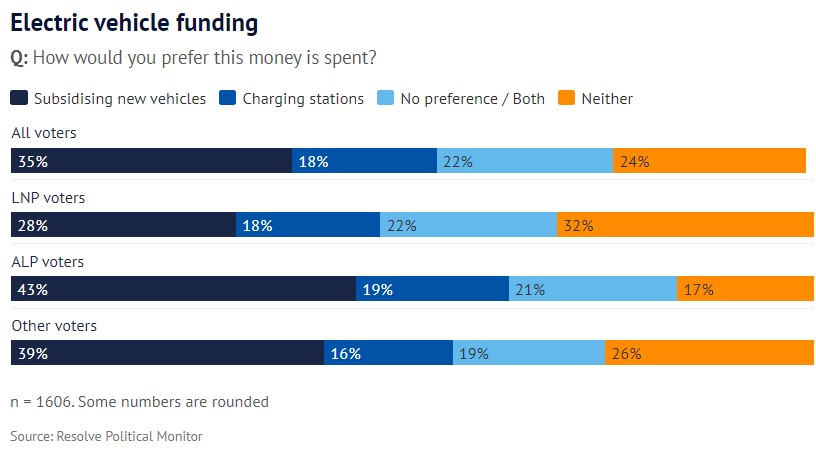 Behyad Jafari, the chief executive of the Electric Vehicle Council, said Australia had the opportunity for mass manufacturing of electric vehicles, but it was not something that’s going to “fall into our laps”.

“For years I’ve been speaking to global companies who would be very interested in investing in manufacturing in Australia, but they have been surprised by the relative lack of enthusiasm shown by our government,” he said.

“The nations who will win in this arena will be nations with leaders who go out and actively secure investment and jobs.”

Extracted in  full from: