A Bundaberg court has been shown terrifying footage of a drunk man and his accomplice carrying out a ‘disturbing’ armed robbery on Boundary Street. Watch the video and hear how they were brought to justice:

Two men threatened the cashier with knives during the ordeal.

A man who grew up in a supportive and stable home environment before turning to drugs was sentenced to jail on Tuesday for his role in a violent armed robbery.

Aidan Petar Wilson, 24, appeared in the District Court at Bundaberg via videolink from the Maryborough Correctional Centre where the details of his “disturbing” crime were read out before Judge Leanne Clare.

On May 24, 2021, Wilson and his accomplice Ethan Alexander Vaughan Connolly plotted to rob the United Service Station on Boundary St, the court heard.

It heard the men ensured they had gloves, knives and a plan to block the service station doors from closing, aiding their escape.

But two variables would give their game away – a distinct tattoo on Wilson’s eyebrow, which he didn’t manage to cover with his disguise, and a shopper who went unnoticed by them and was able to call police, who got a sniffer dog hot on their tracks.

Inside the courtroom, video was played of the terrifying moment Wilson and Connolly leapt over the counter, threatening the male attendant and stealing $200.

“The footage of what happened is disturbing,” Judge Clare said.

“You took him by the neck and pushed him around.”

The court heard the man suffered a welt on his neck because of the force used by Vaughan Connolly in holding the knife against him.

It also heard the pair had a significant drug debt at the time.

The prosecution pointed out the men had been found just 700m from where they had carried out their offending, with their dumped items found along the way.

The court heard Wilson, whose criminal history was labelled “insidious”, had not been forthcoming with police when located, and declined to co-operate.

Wilson’s barrister tendered letters to the court from Wilson’s mother and grandmother and said Wilson was a father of two children, had been off drugs since his time in prison and wanted to remain clean.

When asked if there was anything he had to say, Wilson told the court: “I’m sorry for my actions that would have had an effect on the guy at the servo and the people there, that’s it,” he said.

He pleaded guilty to entering a premises with intent to commit an indictable offence, and to armed robbery in company with a dangerous weapon.

In sentencing, Judge Clare said Wilson’s young life of crime had been fuelled by his meth use, which started in his teens, and that if he wanted to be a good father, he would need to stay off drugs.

“The footage of what happened is disturbing, you ran in the shop and went straight over the counter, screaming for the money, menacing (the victim) with your knife,” she said.

“In all of the violence, you didn’t notice that another customer had come into the shop, then left again, and that lady called the police and the police dog was hot on the track.

“You had tried to burn the gloves in the backyard of your house.”

Judge Clare said the armed robbery was an escalation of Wilson’s offending. 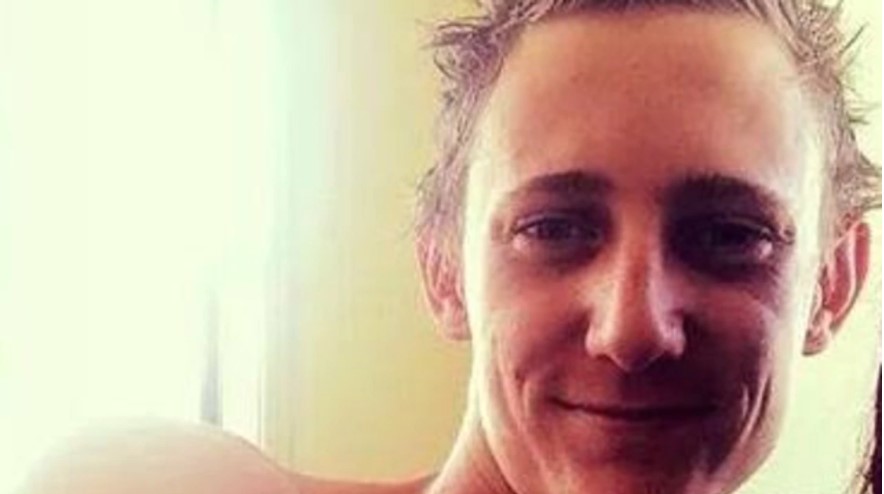 Aidan Petar Wilson, 24, appeared in the District Court at Bundaberg via videolink from the Maryborough Correctional Centre where the details of his “disturbing” crime were read out before Judge Leanne Clare.

Who knows what could have happened if that man fought back,” she said.

Judge Clare pointed out Wilson’s upbringing in a secure home and the fact he still had the support of his family, who were in court, set him apart from many other prisoners.

“Of course your family worry about you, jail is not a good place for anyone, but jail is where armed robbers end up,” she said.

Wilson was sentenced to three years’ prison for armed robbery in company, and two years for entering a premises with intent to commit an indictable offence, to be served together.