Australians pays some of the cheapest petrol prices in the world

Despite drivers paying eyewatering petrol prices across the nation, data shows Australians are paying some of the cheapest prices globally.

The average retail price across the country reached 176.9 cents a litre last week, with the wholesale price hitting 166.1 cents.

The figure 12 months ago was 13.3 cents cheaper, according to the Australian Institute of Petroleum. 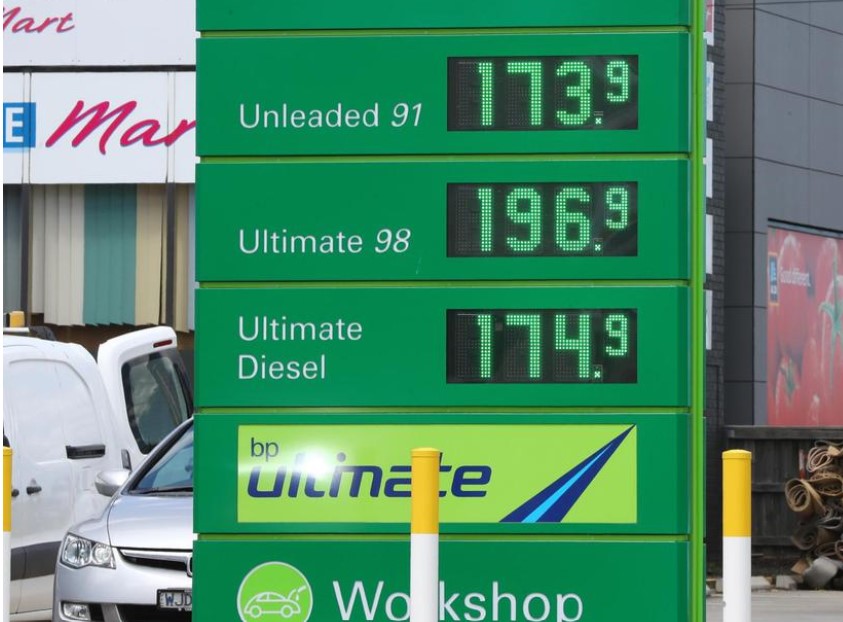 By February 13, Perth motorists were forking out 166.8 cents a litre on average, with Sydneysiders paying 166.9 cents, those in Melbourne and Adelaide 166.4 cents, and in Brisbane 166.1 cents.

Drivers in Darwin and Hobart paid the most, with prices reaching 170.9 cents and 170.8 cents respectively.

The cost of petrol in regional areas is generally higher but more stable compared with prices in the capital cities, as petrol prices are typically influence by distance the petrol must travel to get to the pump.

s Australia is part of the Asia-Pacific fuel market, it looks to Singapore — being the regional refining and distribution centre — for its benchmark pricing.

On average, the Singapore benchmark price of petrol plus the shipping costs and Australian taxes represents almost the entire wholesale price of petrol.

But AIP data shows Australia is paying some of the cheapest petrol compared with other countries from around the world.

Once prices are converted to Australian dollars, the Netherlands tops the Organisation for Economic Co-operation and Development list, paying about 275 cents a litre.

Australia (27th) was in the bottom five of the 31 countries listed, while Turkey paid the least at 125 cents a litre.

While the fuel component price was not too dissimilar for all countries, Australia’s tax component was less than all but three countries. 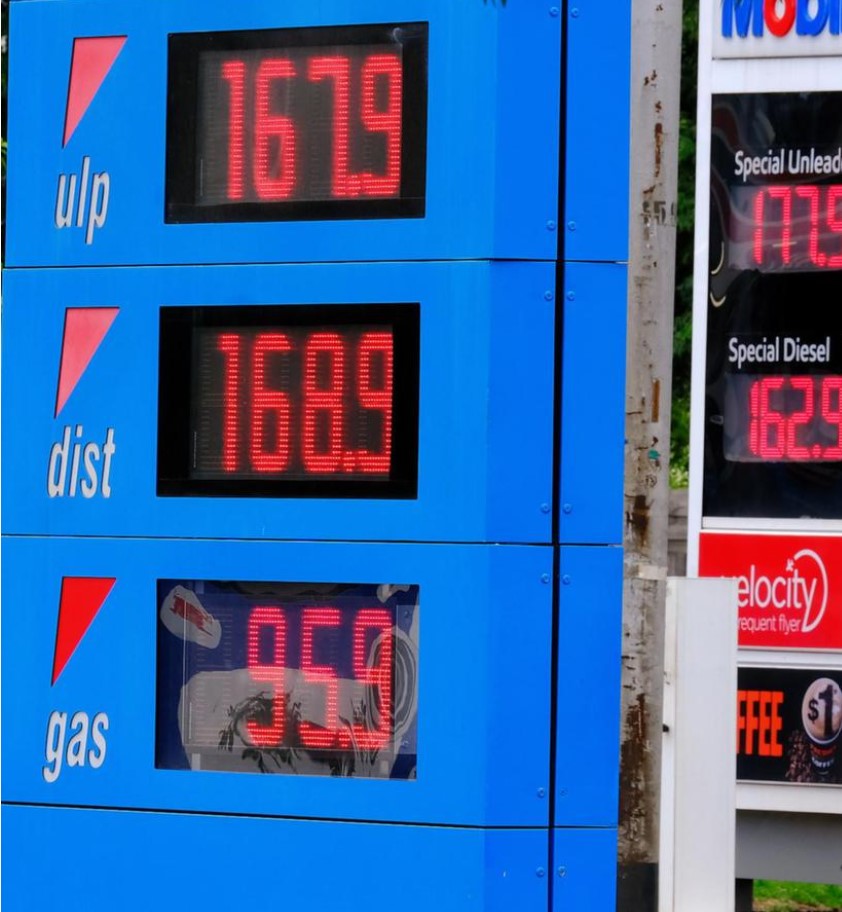 December’s Consumer Price Index rose 3.5 per cent from the previous 12 months, with fuel being one of the biggest contributors to inflation in 2021.

Fuel prices continually rose over six consecutive quarters. which resulted in the strongest annual rise since 1990, according to the Australia Bureau of Statistics.

NRMA spokesperson John Macgowan said global factors, like the tightening supply through North Africa and the Middle East as well as ongoing tensions in Ukraine, were to blame for the hike in prices.

He said Australia was paying the highest wholesale prices for regular unleaded fuel on record.

“The global financial crisis (from 2007 to 2008) was the last time consumers paid this much for regular unleaded and E10,” Mr Macgowan said.

“Brisbane and northern NSW led the nationwide prices during the last six month. Given the high global oil prices, other jurisdictions will continue to see escalating prices until we get some relief in oil demand.”

Mr Macgowan said there was no forecasting around when prices could fall but predicted it would unlikely be in the short term.

Australians were previously warned the record high petrol prices could remain for weeks and have been encouraged to shop around for the best prices.

In Perth on Tuesday, the average petrol bowser price was 181.8 cents, with the lowest being 160.7 cents and the highest 195 cents.

Extracted in full from: Australians pays some of the cheapest petrol prices in the world | PerthNow