Federal transport agency Austroads has proposed a series of symbols and signage for use at charging infrastructure, on road signs and for road markings to make it clear what technology is being used.

In a recently released document, the agency says it wants to see signage for electric vehicles  and charging sites standardised and adopted into Australian Road Rules.

“While New Zealand has rolled out charging signage nationwide, in Australia we don’t have standardised low and zero emission vehicle symbols or signs,” said Vibeke Matthews Austroads’ acting program manager for future vehicles and technology in a statement.

“States and territories have started using a range of different symbols without a clear national standard which has the potential to result in signage that confuses road users.

“There is an urgency to develop and adopt standardised signage across Australia, and, where possible, harmonise it with New Zealand symbols, to help road users identify and use LZEV related infrastructure, minimise confusion and ensure road safety.”

While there is already considerable signage and markings out there for electric vehicles, there is a degree of variety from state to state.

A number of symbols falling into these categories will considered for testing to ensure they are easily understoof by road users without the need for explanation.

Symbols in categories one to four are as follows: 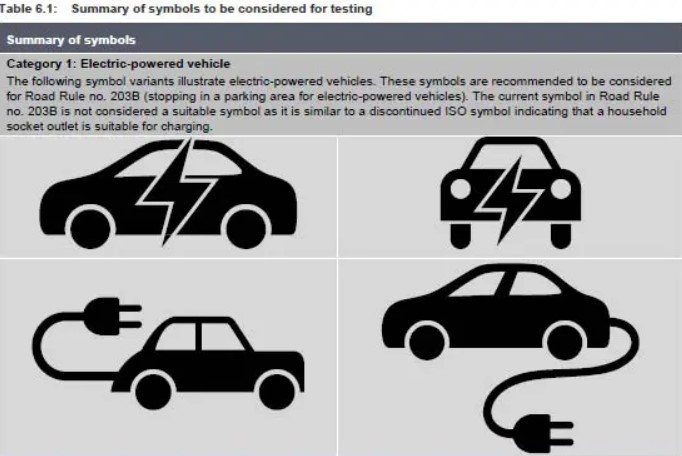 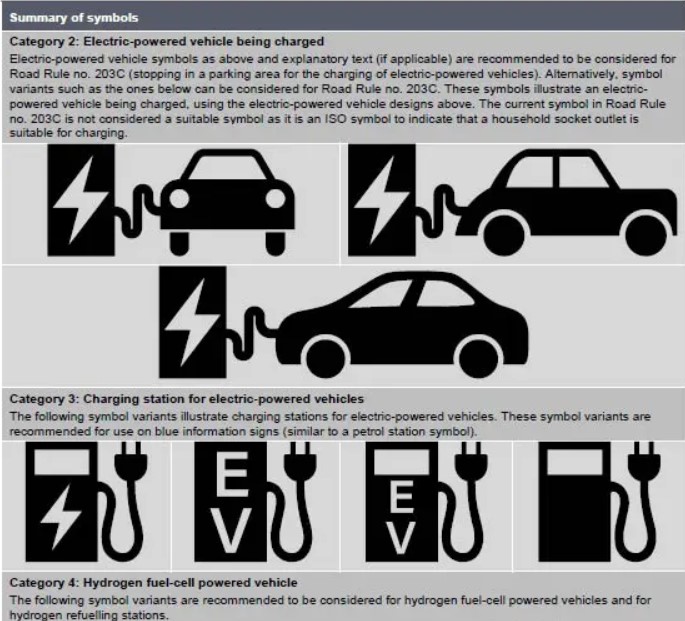 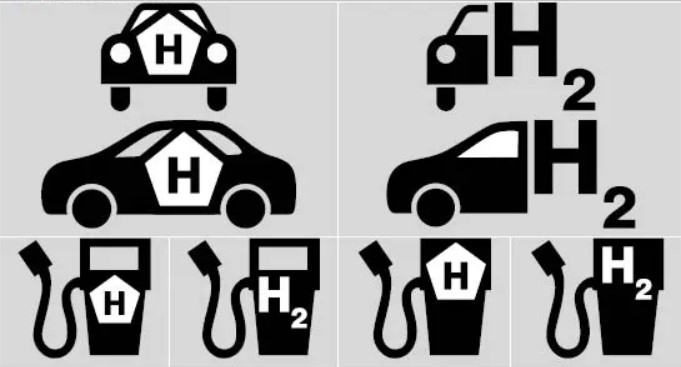