Brisbane has the highest petrol prices in Australia, here’s where to find the cheapest fuel today

Brisbane is officially the most expensive city in the country to buy petrol in. Here’s where you can find the cheapest – and most expensive – petrol today.

Brisbane is now the most expensive city in Australia in which to buy fuel, with prices at a record high and expected to continue rising with motorists back on the roads and restrictions easing.

The RACQ’s Monthly Fuel Price Report says the average fuel price across the city increased by 0.8 cents per litre in January, now sitting around 195 cents per litre.

Motorists are now being confronted with bowser prices of as much as 196.9 cents a litre for premium unleaded.

Prices are slowly increasing in Sydney with the average price reaching almost 180 cents per litre.

Prices are expected to decrease in Melbourne and likely to further decrease with the average price sitting at 176 cents per litre.

Prices in Perth are around 178 cents per litre and trending downwards.

Fuel prices in Adelaide are about 163 cents per litre.

And while international issues are a factor, who owns Brisbane’s petrol stations also plays a big role in the city’s price fluctuations.

Servo ownership in Brisbane is dominated by supermarkets, with smaller independent retailers on the fringe.

That’s in contrast to Sydney, where independent retailers have more influence over the market.

“There are a couple of large independent chains in Sydney that drive the prices down … and [independent chain retailers] just don’t have the same presence in the Brisbane market,” RACQ policy adviser Ian Jeffreys said.

“It’s purely down to the market dominance of the larger players; with that said we do have smaller retailers that do offer cheaper prices.”

On foreign factors, an ACCC spokesperson said “retail petrol prices in Australia reflect international refined petrol prices, which are driven by global crude oil prices. Both have increased steeply since the end of last year”.

Mr Jeffreys said the increased demand for crude oil as countries relaxed Covid-19 restrictions, paired with the potential conflict between Russia and the Ukraine have contributed to a jump in petrol prices.

“Russia is one of the world’s largest oil producers … that’s going to potentially push the price up even further,” Mr Jeffreys said.

“We also have Organisation of the Petroleum Exporting Countries (OPEC), the oil producers cartel deliberately keeping their production at a lower level than it was prior to Covid also pushing up oil prices.” 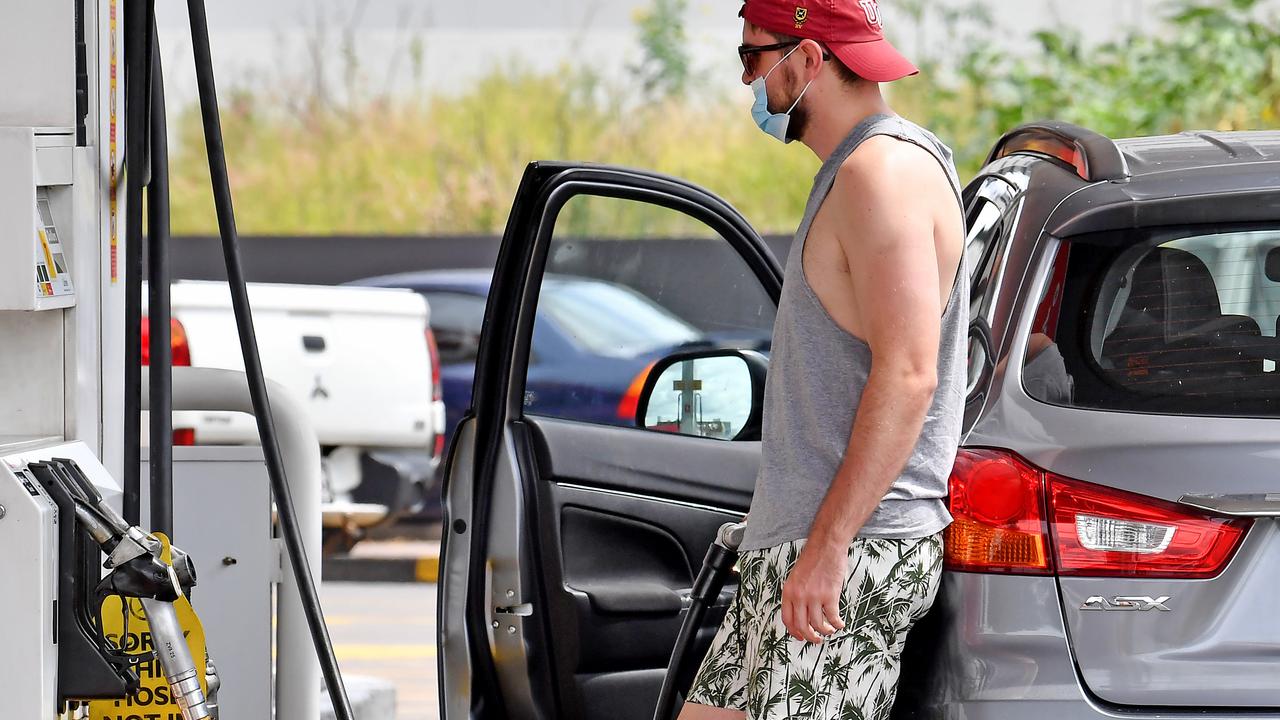 Brisbane is the city with the most expensive petrol prices in Australia. Picture: John Gass

The rising cost of petrol has been a key factor in rising costs of living for all Australians.

“Over the past 12 months automotive fuel prices have increased 25 per cent, which has been the largest contributor to higher living costs for Australian households.” Michelle Marquardt, Head of Prices Statistics at the ABS said.

To avoid paying a hefty amount when filling up, Queensland motorists can use price comparison apps to search for the best fuel price.