Chinese electric car brand BYD is breaking into the Australian market through local distributor EVDirect – and a new city car, badged as the Dolphin overseas, is said to be its second mass-produced offering.

Chinese car maker BYD – which is set to sell a range of vehicles in Australia though local distributor EVDirect – has announced plans to launch its BYD Dolphin electric hatchback locally as soon as December 2022.

The hatchback – badged as the Dolphin in China, and previously known as the EA1 – is poised to become the second BYD electric car to be sold en masse in Australia, following the Atto 3 small SUV, deliveries of which are claimed to commence this July (click here for more details).

The Dolphin was previously slated to be the first mass-produced BYD model sold in Australia – rather than the Atto 3, which followed a limited run of 65 people movers and vans last year – however plans are believed to have changed mid last year.

Pricing is yet to be confirmed for Australia, however given the Dolphin is smaller than the Atto 3, and features smaller battery packs, it’s fair to expect it will be more affordable than the $44,381 before on-road costs base price of the new small SUV.

The Dolphin/EA1 was previously indicated by EVDirect and its CEO Luke Todd (trading as Nexport) to be priced “well under $35,000” – however it remains to be seen if this price will eventuate.

Speaking to Drive at the local reveal of the Atto 3 on Saturday, EVDirect CEO Luke Todd confirmed future BYD models sold in Australia would be wear the Atto name, accompanied by a number – suggesting the Dolphin could be badged Atto 1 or Atto 2 locally.

Measuring 4070mm long, 1770mm wide and 1570mm high (with a 2700mm wheelbase), the BYD Dolphin is a touch larger in all directions than Australia’s top-selling MG 3, Kia Rio and Volkswagen Polo city cars – and rides on a new third-generation electric car platform set to spread across BYD’s model range.

Entry-level variants in China are powered by a 30.7kWh battery of BYD’s ‘Blade’ lithium iron phosphate design – built to be more durable than a traditional lithium-ion pack – good for 301km of claimed range according to lenient NEDC test protocols. 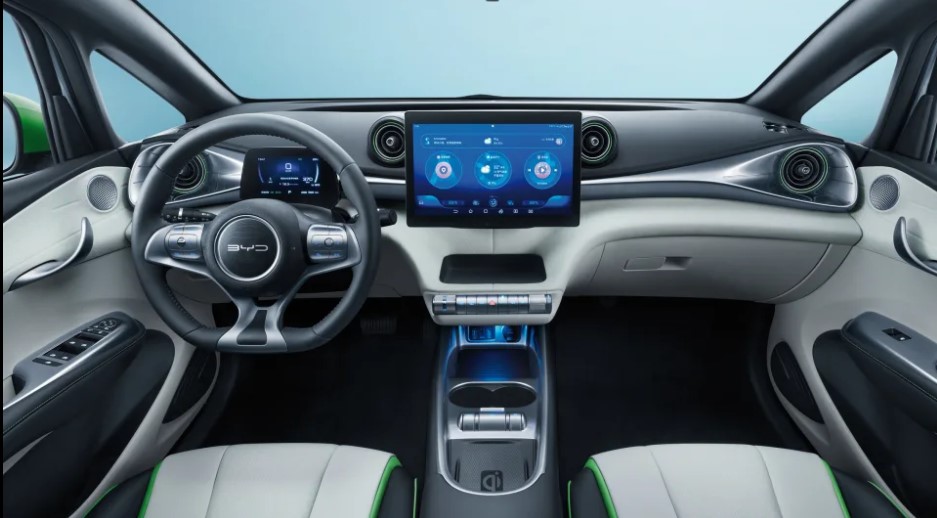 DC fast charging is standard across the range – but only at up to 60kW in range-topping models (behind nearly all competitors), translating to a claimed 30 to 80 per cent recharge time of 30 minutes.

The Dolphin is lighter than most other electric cars on sale – owing to its small size and compact batteries – with Chinese figures ranging from 1285kg to 1450kg (kerb). For comparison, a Volkswagen Polo 85TSI auto weighs 1154kg (albeit tare).

Local distributor EVDirect is “targeting” an Australian launch for the new BYD Dolphin (or Atto 1/Atto 2) in December 2022 – assuming no further delays, which have in the past pushed back the arrivals of the Atto 3 (formerly Yuan Plus), among other models.

Buyers interested in the larger BYD Atto 3 electric SUV can now place a $1000 fully-refundable “order fee”, ahead of first deliveries said to occur in July 2022. Click here for more details on that vehicle.

EVDirect claims the Atto 3 and Dolphin will be followed by a further five BYD electric cars by the end of 2023 – possibly including the next generation of the Han mid-size sedan, pitched as a rival for the Tesla Model 3.