As inflation continues to bite the budgets of Aussie households, there is a price pressure we face that is unavoidable for most of us, rising petrol prices.

As we go about our lives, it is a reminder up in lights every couple of kilometres that the cost of living is rising far above the rate of wages growth, forcing many of us to cringe at the pain imposed on our internal wallet every time we fill up our tanks.

According to the ABS, fuel prices rose by 6.6 per cent during Q4 last year, far outstripping the headline inflation rate of 1.3 per cent for the quarter.

Since then petrol prices have risen even further, with the national average rising to a new all-time record high. 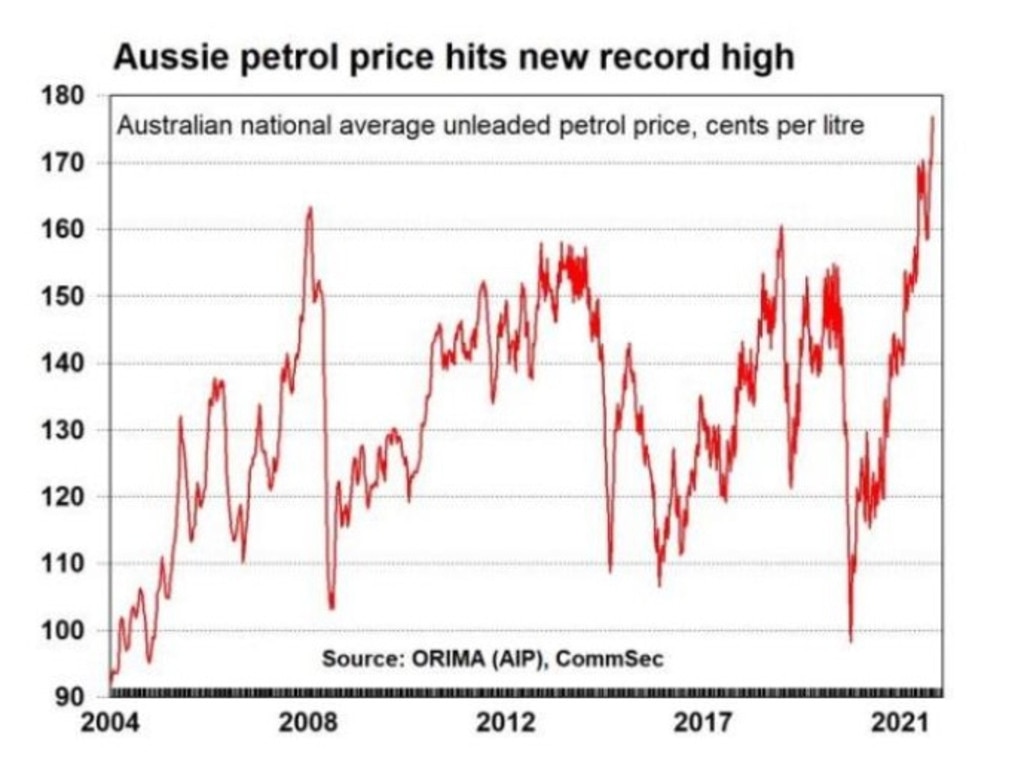 The price of petrol is skyrocketing.

In some parts of the country the price of E10 is sitting at around $2 a litre, with the cost of Premium 98 octane fuel hitting as high as $2.25 a litre.

With oil prices recently hitting as high $95 USD a barrel, the highest level since September 2014, its possible we may be seeing just the beginning of the pain at the petrol pump.

As oil prices march higher, forecasts of even higher prices continue to flow in. With the Royal Bank of Canada forecasting oil prices to hit $115 US a barrel in the second quarter of this year.

As tensions along the Russia-Ukraine border continue, there are concerns that the current run up in oil and fuel prices may only be the beginning.

According to a recent analysis by US bank JPMorgan, a Russian invasion of Ukraine could drive the price of oil to as high as $150 a barrel, if the conflict resulted in supply issues.

This rise represents a premium of more than 58 per cent over today’s current prices and would present problems for households and governments around the globe.

With more than 130,000 Russian troops reportedly on the border with Ukraine, along with a sizeable proportion of the Russian Air Force, the United States and its NATO allies are taking the threat of a Russian incursion into Ukraine extremely seriously.

Amidst warnings from Washington that a Russian invasion could begin in the coming days, the United States, Australia and a number of other countries advised their citizens in Ukraine to leave.

On Monday, the US moved its embassy almost 500km from Kyiv to Lviv in Western Ukraine, close to the border with Poland, as a precaution.

Let’s imagine for a moment in a scenario in which Russia invaded Ukraine with a sizeable proportion of its forces current deployed near the border. While an attack of this scale is currently considered unlikely by many, it is well within the realm of possibility.

First and foremost it would likely send oil and gas prices swiftly higher.

This wouldn’t be the first time we have seen oil prices rocket on news of conflict. In 1990, the Iraqi invasion of Kuwait saw the price of oil rise by more than 87 per cent. 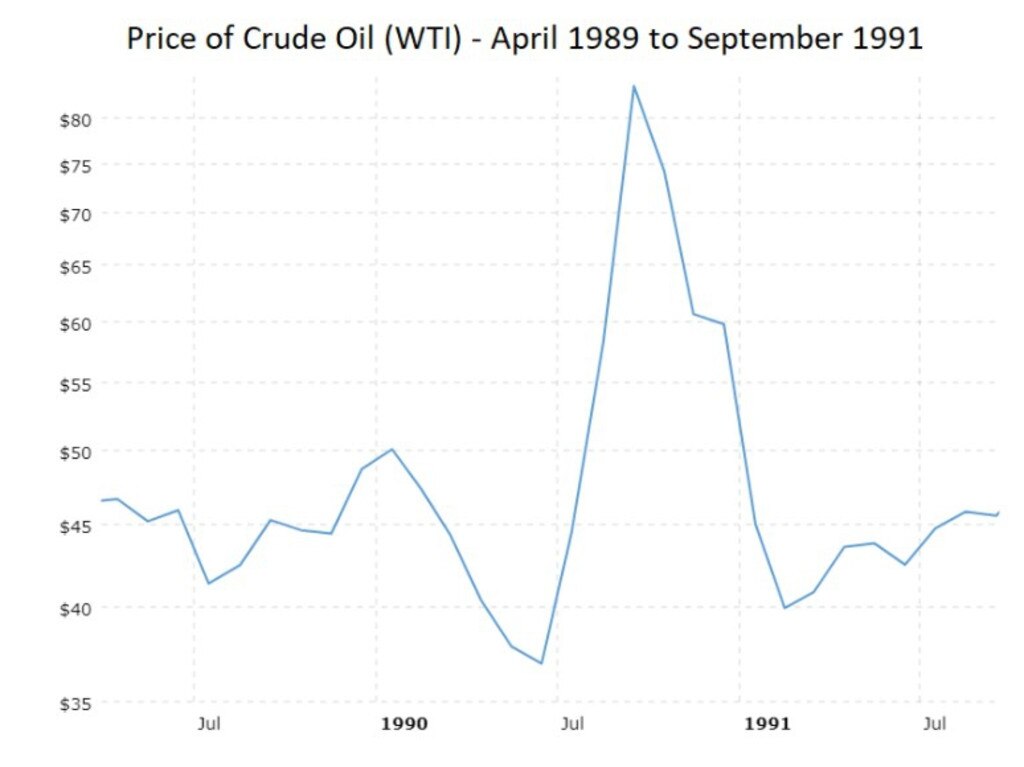 Russia invading Ukraine could cause oil to peak one again.

But the price spike was short lived. Just five months after the price of oil peaked, it was lower than before the conflict began.

Unless the conflict became protracted or damaged vital infrastructure, the impact on energy prices may be equally as short lived as the Iraqi invasion of Kuwait was back in the early 1990s.

However, if a conflict resulted in an escalating round of economic sanctions and trade actions, the impact could be far more drawn out.

In a call between British Prime Minister Boris Johnson and US President Joe Biden on Monday, the two leaders warned that a Russian incursion into Ukraine would result in a “protracted crisis” for Moscow with “far-reaching damage for Russia and the world”.

If the West were to make good on their threats of crippling economic sanctions, that could arguably result in gas supplies to Europe being cut off and further rises in oil prices as Moscow played its trump card (no pun intended).

Impact of a major conflict would echo around the world

If oil prices were to set off for new heights over a protracted period, as the leaders of the West and Russian President Vladimir Putin engaged in a tit for tat round of damaging economic sanctions and trade actions, Australia would not be immune, no one would.

It’s likely petrol prices could rise to even greater heights and the rising cost of transportation could feed into broad based price pressures across the economy. 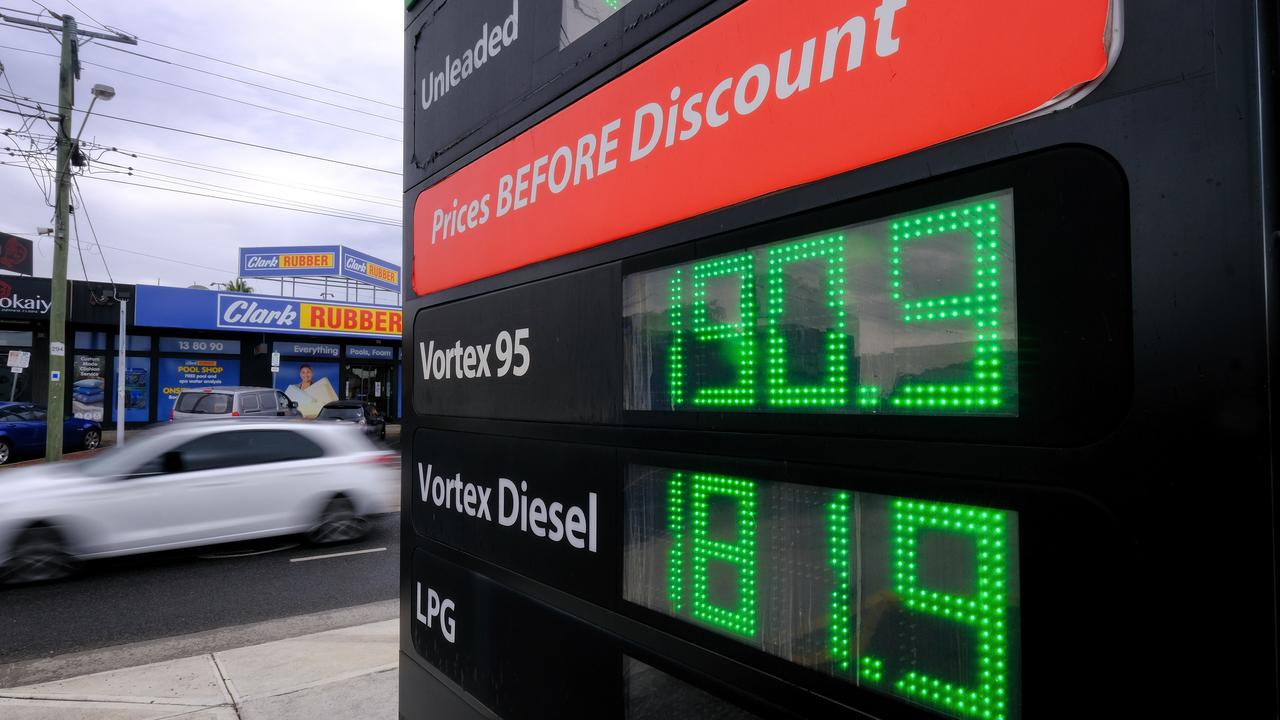 This could add further pressure on the RBA to raise interest rates as inflation reached a point that significantly exceeded the target 2 to 3 per cent range.

This is also just one element of the potential consequences of a full scale conflict between Russia and Ukraine, other industries and products could be affected from the supply of essential rare minerals to the price of key food stuffs such as corn and wheat.

Ultimately the path forward is in the hands of the leaders of the superpowers. These tensions could easily end with a whimper, as Russian troops head back to their normal bases or it could become a potentially seismic shift for global geopolitics, or anything in between.