Five things you need to know about Green Hydrogen

This year marks the start of action to implement the Breakthrough Agenda signed by more than 40 countries, including Australia, as part of the 2021 UN Climate Change Conference in Glasgow.

A key Breakthrough pledge as part of that commitment was for nations to ensure that affordable, renewable and low carbon hydrogen is globally available by 2030 – thus delivering on the wider promises of COP26 to accelerate the phase-out of coal and deliver further cuts in CO2 emissions.

Green Hydrogen has been hailed as a potentially vital component in the transition to a world with net-zero emissions given its versatility as an energy storage solution.

The ARC Training Centre for The Global Hydrogen Economy (GlobH2E), co-directed by UNSW Sydney Scientia Professor Rose Amal and the University of Sydney’s Prof. Kondo-Francois Aguey-Zinsou, is leading the development of innovative approaches to efficient, cost-effective hydrogen energy generation, storage and utilisation, with local and overseas research and industry partners.

Providing support to the nascent hydrogen economy in Australia through delivering training modules and feasibility studies for industries, GlobH2E is currently mapping out the potential of a hydrogen economy and export opportunities from Australia.

Prof. Amal and her UNSW colleagues, Prof. Iain MacGill (project lead), Prof. Sami Kara and Dr. Rahman Daiyan, along with the University of Sydney’s Prof. Kondo-Francois Aguey-Zinsou, are leading the Australian consortium for the HySupply Project, which explores the feasibility of an Australia-Germany hydrogen value chain.

Recently, Prof. Amal and Dr. Daiyan have delivered the NSW Power-to-X prefeasibility study for the NSW government, which offers a roadmap for creating NSW hydrogen jobs for the future.

Here, the HySupply team helps to explain everything you ever wanted to know about Green Hydrogen.

So what exactly is Green Hydrogen?

Hydrogen can be extracted from water via a process called electrolysis, which was discovered more than 220 years ago.

When an electric current is passed through water (H20), it is broken down to its component parts – namely hydrogen and oxygen.

If the electric current is powered by renewable energy, such as via a solar panel or wind farm, then the result is called Green Hydrogen.

Green Hydrogen can play an important role as countries around the world attempt to implement ‘net zero’ plans, since it can be produced without any CO2 emissions.

Hydrogen itself or its derivates (such as ammonia, methanol) can be used as a fuel for transportation, or to generate electricity or heat. It is particularly useful in sectors that are hard to decarbonise, including long-distance transport, chemical manufacturing and providing power for high-temperature industries.

What is the benefit of Green Hydrogen?

Hydrogen or its derivatives can be used to ‘store’ energy created by renewable sources and help to overcome the problem of intermittency – that is, to level out the fluctuations in production and consumption, and to efficiently distribute and transport the energy.

In this way it works just like a battery, but has distinct advantages over traditional lithium batteries in certain ways.

Lithium batteries have limited storage capacities, a shorter lifespan and greater sensitivity to environmental conditions such as temperature. Batteries such as this also self-discharge gradually and lose energy over time even when not in use.

Hydrogen, on the other hand, can store larger amounts of energy over a longer period of time – and can also be transported safely over long distances.

As a fuel, hydrogen can be used to heat homes and also power vehicles, especially larger-scale transportation systems such as buses and maritime vessels. 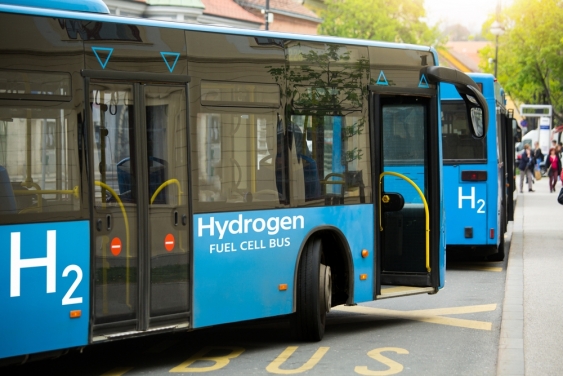 Hydrogen can be used as a fuel to power vehicles and is already being used in some transport networks. Photo: Shutterstock

What have been the historic limitations for hydrogen?

There are a number of factors why large-scale production and widespread use of hydrogen as a fuel source has been relatively slow to develop.

Hydrogen has also historically been relatively expensive to produce by electrolysis due to the costs of the electricity, but as renewable energy such as wind and solar gets ever cheaper this will become a much less limiting factor.

Even so, Green Hydrogen currently costs around US$5-6 per kg to produce from renewable energy, compared to around US$2 per kg for hydrogen produced from fossil fuels.

As with any fuel source, there are risks and dangers, but hydrogen has been used safely across the world for many decades.

Hydrogen is lighter than air as a gas and will rise at almost 20 metres per second (twice as fast as helium), meaning that in the event of a leak it will disperse very quickly into a non-flammable concentration.

In contrast, diesel and petrol leaks often result in the build-up of flammable gas which also produces hot ash as it burns, creating radiant heat. If hydrogen gas does ignite it does not produce any hot ash and burns out very quickly.

Unlike conventional fuels which can be very toxic, hydrogen gas is non-toxic and therefore does not contaminate the environment or threaten the health of humans or wildlife.

Strict regulations are already in place for hydrogen usage and governments are continually reviewing and updating existing hydrogen codes and standards, for the use of hydrogen as an energy carrier.

What is the best way to utilise Green Hydrogen as an energy source?

There are many different ways to store and transport hydrogen so it can be used to provide energy. They all have various advantages and disadvantages, but none of them is perfect for every situation.

Because hydrogen has a very high energy density per weight, but very low energy density per volume, it needs to be compressed up to 750 bar for storage as a gas. The result is that a 150-200 litre tank is currently required to store around 5 kg of hydrogen – which would be enough to fuel a car for a 300 mile journey.

This tank is three to four times bigger than that required for a petrol tank in a conventional vehicle, so a key challenge in hydrogen-powered vehicle development is the space needed to store the fuel. 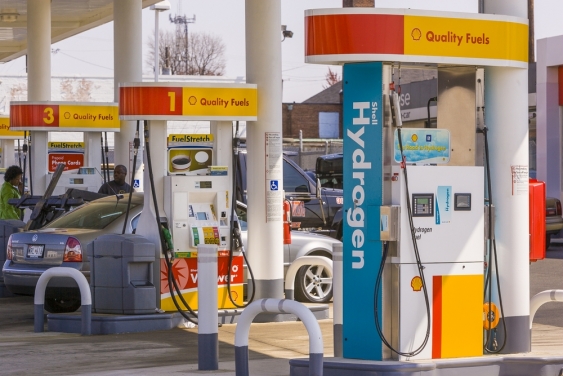 Hydrogen fuel tanks in vehicles need to be much larger than a conventional petrol tank because hydrogen has a very low energy density per volume and needs to be compressed. Photo: Shutterstock

If hydrogen is stored as a liquid, it needs to be cooled to -250 degrees Celsius. The large amount of energy needed to do that has traditionally been a significant barrier to large-scale production.

Alternatively, ammonia can be used to carry hydrogen before being ‘cracked’ to extract the hydrogen for fuel and release excess nitrogen into the atmosphere.

Ultimately, there are many different potential options and some transport/storage solutions will have advantages in some circumstances and disadvantages in others.

Extracted in full from: Five things you need to know about Green Hydrogen | UNSW Newsroom