The spiralling cost of fuel in Australia is helping accelerate the shift to electric vehicles, with car makers saying EV take-up is “happening far quicker than everyone thought”.

As more people find themselves shocked and appalled by their weekly petrol bills and hear about EV owners charging their cars using their solar panels and thus paying zero, interest in electrification is soaring.

Australian drivers are facing record-breaking petrol prices, following the biggest 12-month increase in the cost of fuel in more than 30 years during 2021, while the conflict in Ukraine has pushed the price of oil above $100 a barrel. Some analysis estimate that it could go as high as $150.

Car makers say pump pain is now helping break through the major barrier to EV uptake – the purchase price of an electric car compared with a significantly cheaper petrol- or diesel-powered vehicle.

Kia recently said its cheapest car, the city-friendly Picanto, which can be had for around $17,000 with a petrol motor, might be closer to $40,000 if a full-electric version was launched today. That price disparity is now shrinking, with US modelling predicting EVs could even be cheaper than petrol or diesel options by as early as 2026. And the rising cost of fuel in Australia is now helping reduce that price gap even further.

Research by Bell Resources, revealed in early February, also predicts that EVs will have the same range as traditional internal-combustion cars by 2024, removing another barrier to purchase often mentioned in Australia.

Kia recently said it was surprised at the speed of EV transition in Australia, forecasting 50 per cent of the new-car market to be electrified by the end of this decade. And fuel prices, it says, are increasingly playing a role in that shift. 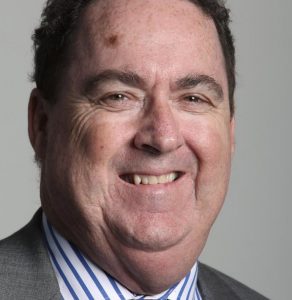 “There are numerous variables as to why this shift is occurring so quickly, and probably from a customer/consumer point of view, it’s (fuel prices), it’s vehicle performance, and it’s being able to recharge overnight and not worry about going to a petrol station.

“Fuel pricing is now in that mix.”

Global oil prices are now around their highest point since 2014, and those costs are flowing onto the bowser.

In Australia, fuel prices have risen for the past six consecutive quarters, soaring by a total 32.3 per cent in 2021 alone – the biggest annual jump since 1990.

Fuel prices hit a peak in Sydney in February, when costs hit $1.90 per litre across close to 40 per cent of service stations. 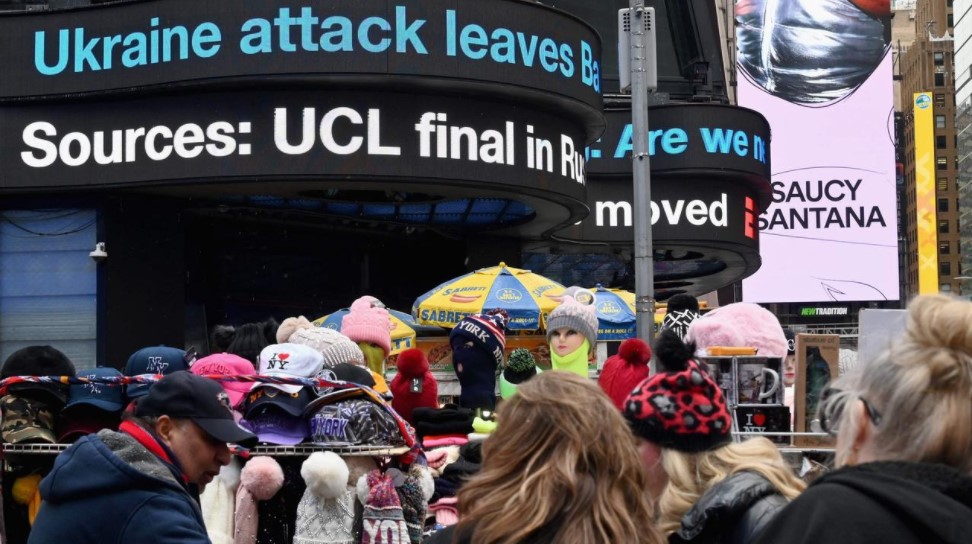 People walk past a news ticker displaying the latest news on Russia’s invasion of the Ukraine in Time Square on February 24, 2022 in New York. US President Joe Biden on Thursday pledged to release oil from the Strategic Petroleum Reserve if needed to shield consumers from the impact of rising prices. (Photo by ANGELA WEISS / AFP)

The NRMA says pain at the pump – often caused by international factors entirely out of Australia’s control – is now the new normal.

“Unfortunately, every indicator is that this is going to be the standard now for quite some time,” NRMA spokesman Peter Khoury says.

“None of the factors that are causing the prices to go up look like they’re going to go away any time soon.”

And that, according to car companies, will only hasten the shift to electric vehicles, given electricity is comparatively cheap, and solar power can even be free. A 350kW Ultra-Rapid charger in inner-city Sydney currently charges 40c per kWh. A luxury EV like the Audi e-tron is equipped with a 95kWh battery, which means a complete recharge for just $38.

An internal-combustion vehicle equivalent, like the petrol-powered Audi Q5, is fitted with a 70-litre fuel tank, and to refuel with premium unleaded petrol would cost a driver over $100 more, at $143.

The petrol-powered vehicle does offer more range between refills – around 875kms versus 440km in the EV – but to travel the same distance in the e-tron would cost you $76, or around half the cost of a conventional SUV.

And where electricity can easily be made cheaper, or free, by taking advantage of off-peak rates, or by drawing your power from your own solar panels, the cost of fuel is only getting more expensive – driving more Australians into EVs.

“It’s happening far quicker than everyone thought,” Meredith says. “The next five years are going to be very exciting.”