He explained: “You have to build a network of charging points at the place people go to anyway.”

“We say about 97 percent of all energy flows into electric cars at something other than something that feels a bit like a petrol station.”

Mr Fairbairn said in general terms such an approach could be a dead end although there would still be a role for service station style options for long distance journeys.

It’s not fair to say none are required but it’s certainly significantly the minority and the future of the petrol station network in the UK in 10 or 20 years looks nothing like what we’ve got now” he explained. 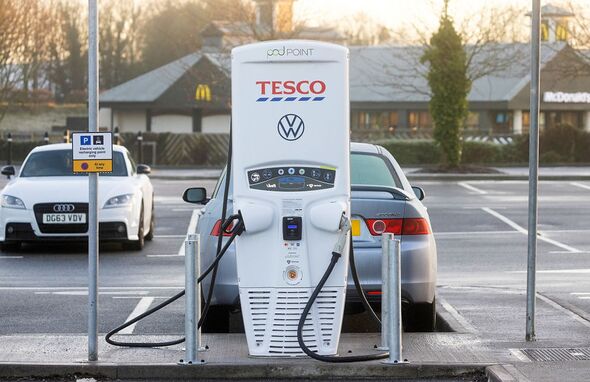 “The vast majority of petrol stations in my view probably don’t really have a role to play in the electric vehicle future.”

In the long run companies such as Pod Point want to rollout charging points in every parking bay however this would require a big increase in the number of electric vehicles to encourage the investment.

Groups such as the Society of Motor Manufacturers and Traders however have been sounding alarm bells over the speed with which the rollout of chargers has kept up with demand for electric vehicles.

Electric vehicle numbers have exploded in recent years with the group pointing to a 568.9 percent increase between 2019 and 2021.

In 2021 alone one in six new cars registered was electric with Tesla’s Model 3 emerging as the second best selling car for the year. 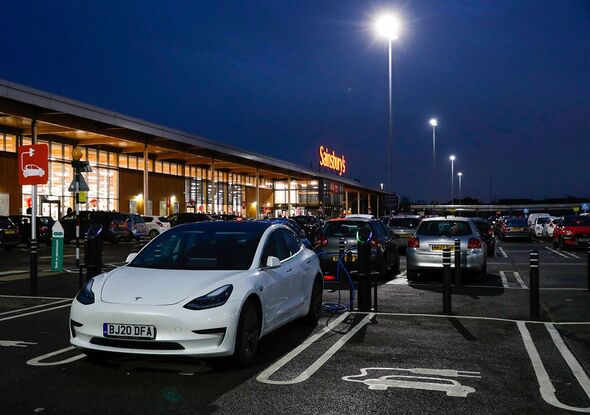 Demand for electric cars has soared with the Tesla Model 3 the UK’s second best seller in 2021 (Image: Getty)

Meanwhile the group says the number of chargers grew by just 69.8 percent in the same two year period.

The SMMT have called for greater action from government to promote the rollout including setting targets and establishing an industry watchdog- ‘Ofcharge’.

Mr Fairbairn said it “wasn’t a bad idea” but questioned whether it was the main priority at this stage.

Instead he predicted more company collaboration, with charging companies working with the car industry and commercial tie ups such as Pod Points partnership with Tesco, would help push the next phase.

However Mr Fairbairn admitted there was still the potential for “market failure”. 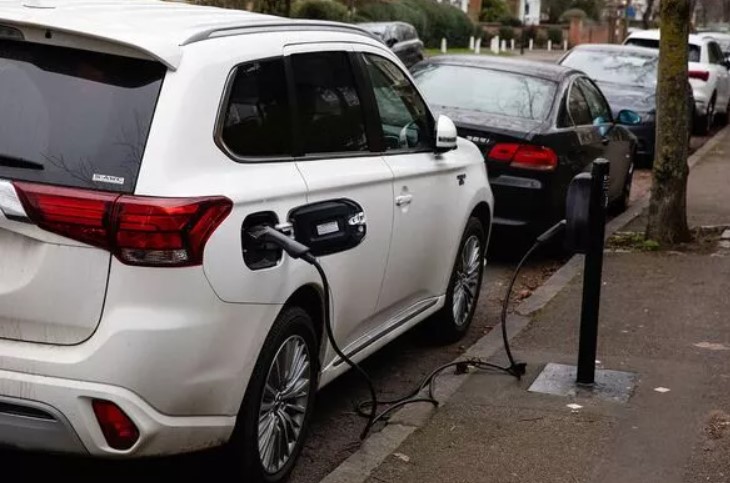 A long term aim is to fit chargers in each parking bay (Image: Getty)

“If the private sector is getting involved then you will of course see a bias towards the sites that make sense financially.”

According to the SMMT rollout of chargers has already been geographically uneven with the North of England lagging behind the South.

There have also been descriptions of a ‘postcode lottery’ with charging costs varying considerably around the country.

Research by British Gas for example found costs in the East Midlands were nearly a third of those in the South West.

Mr Fairbairn explained though that some of the price discrepancies could be explained by different types of charger with areas with more rapid chargers having higher average costs.