An elderly woman has escaped injury after accidentally driving her car through the front of a petrol station in Perth’s eastern suburbs early Monday morning.

The 70-year-old ploughed through the glass doors of a 7/11 in Midvale about 12.30am, destroying the petrol station’s shop front. 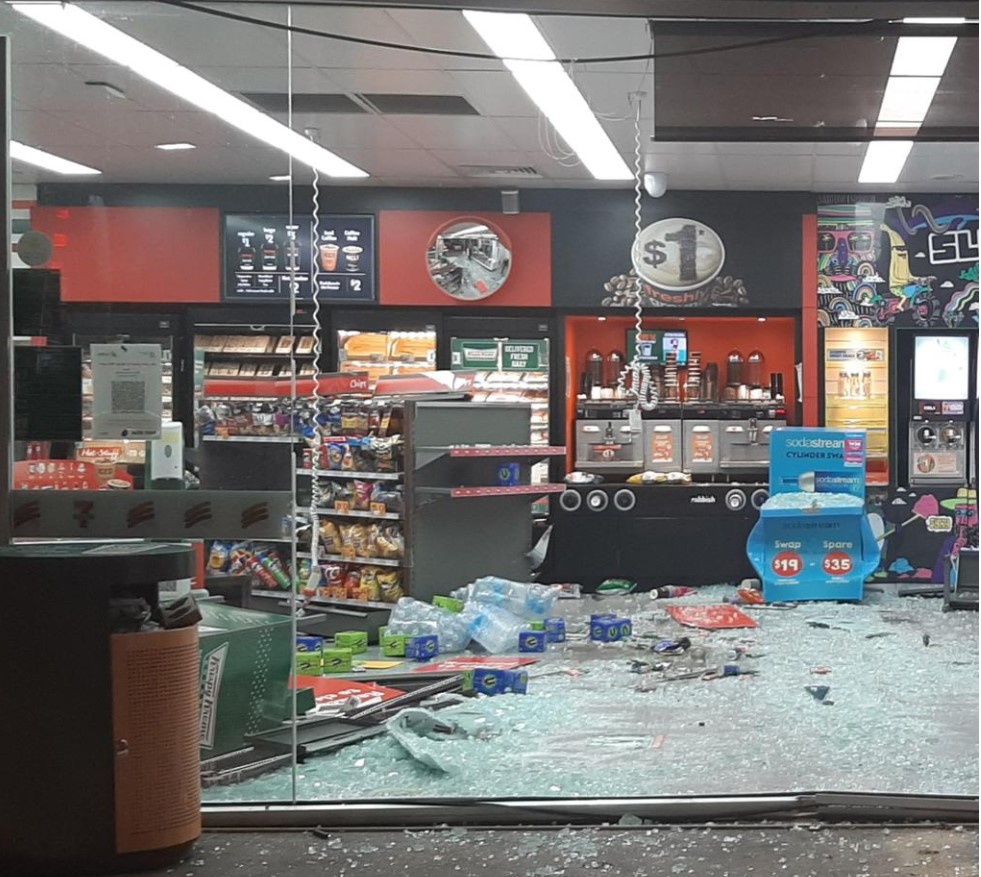 The front glass windows were left shattered, while the shelves inside the store were strewn across the floor.

Emergency services rushed to the scene after receiving a call after midnight, but no one was injured in the ordeal.