NSW to co-fund 1,000 electric vehicle charging stations across the state over four years

New South Wales is promising to build more than 1,000 charging stations for electric vehicles under a four-year plan that would create the most extensive EV network in the country.

Wednesday’s announcement comes after data was released showing sales of new EVs in Australia tripled in the past 12 months with more than 20,000 drivers in the country choosing the low emissions option in 2021.

The NSW treasurer, Matt Kean, said on Wednesday the government was initially offering $35m to fund up to 50% of the capital costs for businesses to construct fast and ultra-fast charging bays along key travel routes.

“This is expected to unlock around $160m in private investment under our plan to build the biggest electric vehicle charging network in Australia,” Kean said.

“Construction is expected to start in the second half of 2022 with construction of all charging stations approved in this first round to be completed within two years. Drivers can put range anxiety in the rearview mirror.” 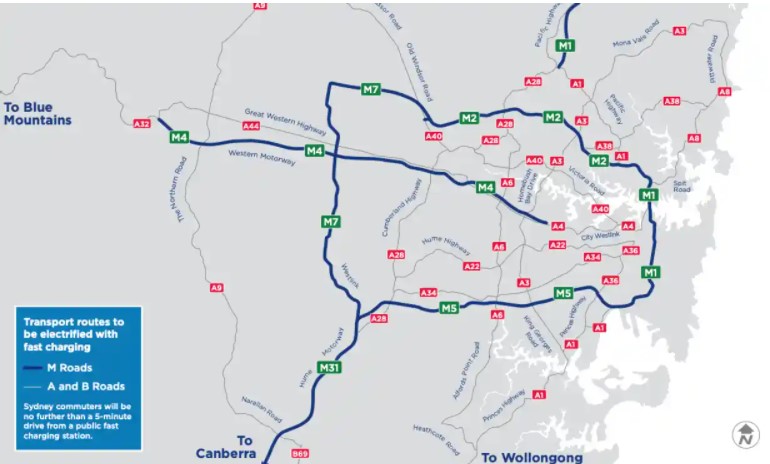 Applications for co-funding will be assessed over two stages, with the first stage assessing eligibility and high-level merit criteria, and a more detailed application for charging sites required in the second stage.

“EVs will play a critical role in halving our emissions by 2030 and achieving net-zero emissions by 2050. Investments in renewable generation and charging infrastructure will also help our economy recover from the Covid-19 pandemic,” Kean said.

First stage applications are due to be finalised in April with successful bidders and sites announced in mid-2022.

Data from the Electric Vehicle Council this week suggests incentives introduced by state governments have created slow but growing demand in the EV market in Australia.

With many price tags still sitting around $100,000, cost remains a key barrier for many people, but it is expected to fall to match the price of internal combustion engine cars within a decade. At that point, it is predicted EVs will dominate the market.

On Monday the EVC chief executive, Behyad Jafari, told Guardian Australia that this year’s sales figures had represented a milestone.

“We’ve been waiting for quite a few years to hit the 1% mark, so to skip that and go straight to 2% is a big deal,” Jafari said.

While the bump in sales was very welcome, the country could be a world leader in EV take-up with federal government support.

“There’s no reason why we shouldn’t be up to 20% already,” Jafari said. “We have a federal government talking about hitting those targets by 2030 when really we could be there today. It’s just a matter of them doing their jobs.”

Extracted in full from: NSW to co-fund 1,000 electric vehicle charging stations across the state over four years | New South Wales | The Guardian