Ampol sold almost as much petrol during the December quarter as it did just as the Covid pandemic was about to take hold in Australia two years ago.

And despite a patchy January and surging prices, momentum is coming back which shows mobility and the economy is starting to return to normal.

That’s the view from Matt Halliday, chief executive of Ampol, one of the nation’s biggest fuel retailers who has better sightlines than most into what is happening in the economy.

“I’m pretty optimistic – notwithstanding the effects of Omicron in January, that we’ve had to navigate through, you can see real confidence coming back with the resumption of mobility now,” Halliday says.

“You can see volumes now starting to recover pretty strongly. When you look at the trading conditions that we had in (December quarter), that does give me a real sense of optimism.”

However with fuel prices around the country pushing $2 a litre and premium fuels past $2.20 a litre, Halliday says there is little near term likely to pull down global oil prices.

The surging prices are a perfect storm of rising demand around the world, constrained supply from the big oil producers, geopolitical tensions with Russia and Ukraine impacting energy markets and a relatively low Australian dollar. This is being acutely felt at the petrol pump.

“The world is recovering very strongly,” Halliday says. “And the supply side having been battered for a period of time is struggling to catch up. So we’re really going to need to see those supply side responses flow through the system for pricing to come down. And hopefully a resolution on some of these geopolitical issues can also assist. That’s where we are at the moment.” 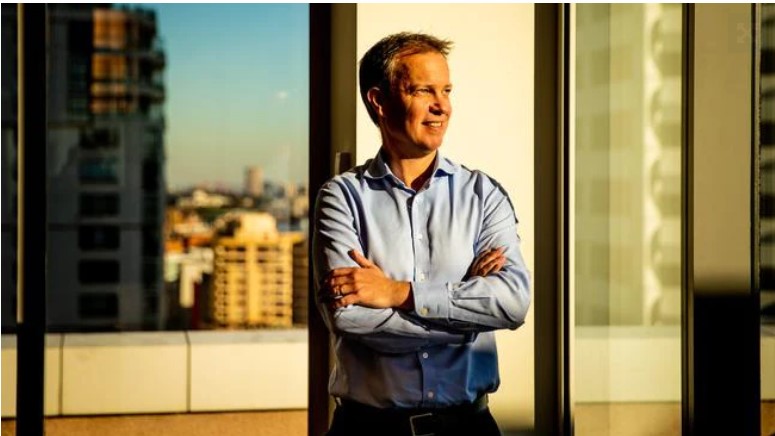 Halliday’s comments came as Ampol – which has been rebranding from Caltex Australia over the past 18 months – on Monday reported a net profit of $264.9m for calendar 2021. The figure, which strips out the swings in the market value of fuel prices held in inventory as well as one-off items, was up 72 per cent from a year earlier. The underlying earnings of $1bn for the year were the highest since 2018. Ampol declared a full year dividend of 93 cents per share, nearly double the previous year’s 48c.

In the December quarter, Ampol sold 3.5bn litres of petrol across its service station network. This was the highest level since 3.8bn was sold during the March quarter of 2020. The lowest point in Ampol’s sales was 3.1bn litres in each of the June quarter of 2020 and recently the September quarter last year when full lockdowns were in place during both periods.

Another area which is expected to give Halliday’s business a boost is sales of jet fuel which it produces from its sole remaining refinery, near Brisbane. The resumption of international travel will provide a further lift for volumes and sales.

“That’s the product that’s been most impacted from the pandemic and with international tourists resuming from today and with domestic borders now reopening there are some really encouraging green shoots there that jet (fuel) demand is on its way back as well,” he says.

This will provide further certainty for Ampol’s Lytton refinery which was threatened with closure but now has a commitment for at least another six years.

After a string of losses, the Lytton plant is firmly back in the black returning earnings of $224.3m following a $75.5m loss last year.

The rebound was helped by a surge in global fuel prices which helped boost producer margins, a rebound in sales and a $40m federal government grant which formed part of a support package for the refining industry to retain some domestic fuel production capacity.

Like many CEOs in recent weeks, Halliday sees the Covid storm clouds starting to lift and for the first time in a long time the key forces that shape his business – retail, refining, distribution and international sales – are now starting to align. For once business as usual is a good thing.