Five men wrongfully charged with assault at a service station have successfully sued NSW Police after a magistrate found the officers’ version of events had ‘major discrepancies’.

NSW Police have been ordered to pay $61,000 in legal costs for five men after they charged them with assault at a Guildford petrol station — before dropping charges after footage showed police facts were at odds with the CCTV.

Body-worn footage played at Parramatta Local Court on Thursday recorded an exchange between the police and the men.

“No mask, both you boys,’’ Constable Katsetis said.

He placed them under arrest for not wearing masks outside.

Outside the Guildford Rd service station, Constable Katsetis continues to tell Khaled that he failed to wear a mask and requested identification. 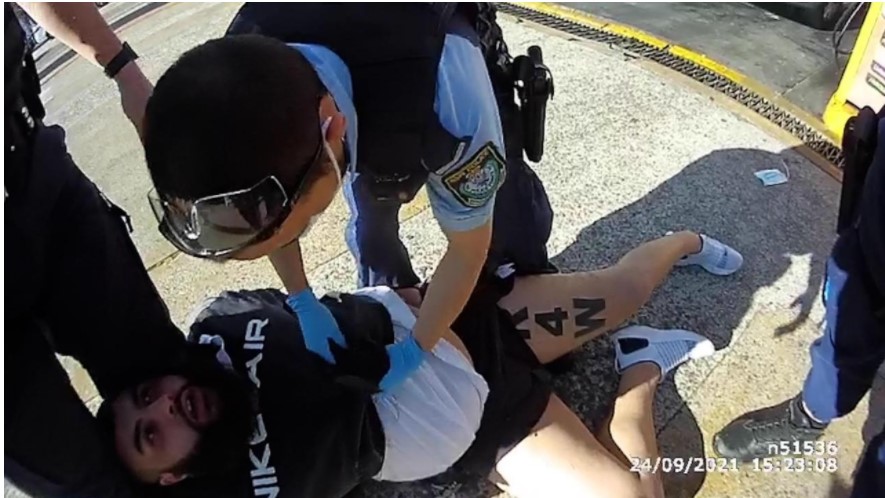 Khaled Zreika was detained at Westside Petroleum service station at Guildford on September 24. 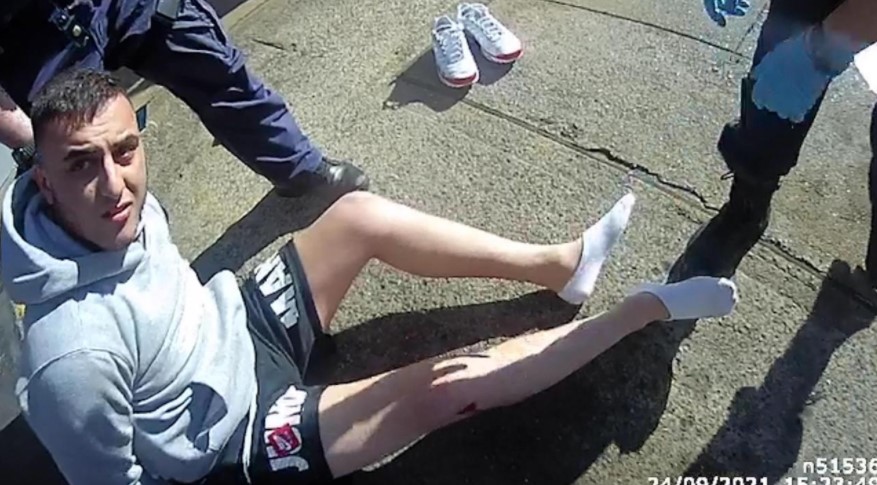 The fight then erupts after Constable Katsetis told him he was under arrest for not handing over his phone, to which he replied: “Don’t grab my phone you f**** dumb c***

The court heard that Hussein was thrown on the ground in handcuffs and Khaled was kneed five times in the stomach.

Three other men — Noah Obeid, 19, Zachariya Al-Ahmad, 20 and Fadi Zraika, 20, also approached police over the incident and were arrested. 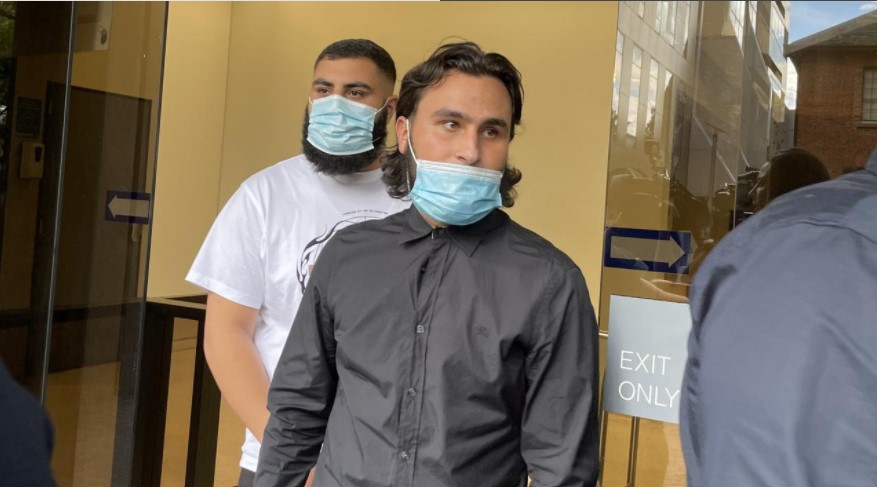 Body worn police footage appears to show Mr Obeid was dragged to the ground and punched several times at the back of the head.

Scores of police then descended on the service station as the incident escalated.

At court, defence barrister Steven Boland described the police actions against the five men as “extreme acts of violence’’.

The men were charged with multiple offences including assaulting police and resisting police in the execution of duty but all charges, except for not wearing a face mask as was the public health order at the time, were withdrawn in November.

The charges were dropped after the men’s lawyer, Abdul Saddik, obtained CCTV footage from the petrol station.

The footage, played in court, contradicted the police facts that claimed the men were aggressive and Khaled Zreika threw a “flurry of punches” at a cop. 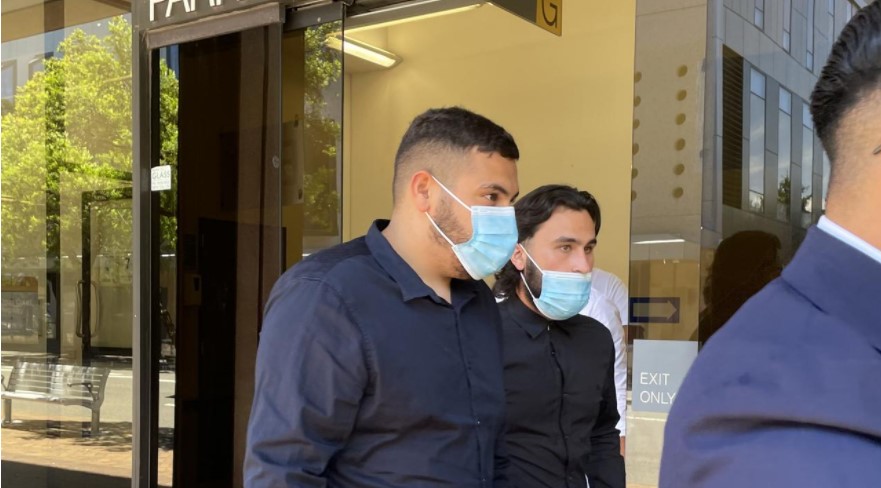 Fadi Zraika (middle) leaves Parramatta Local Court with the five other men, including Zachariya Al-Ahmad (back).

After the footage surfaced in court prosecutors no longer opposed bail.

Magistrate Greg Grogin told the court he agreed with Mr Saddik that there was a “major” contradiction to police facts and CCTV footage.

“What I do have are facts sheets prepared in relation to the defendants.

“There are obvious and serious glaring discrepancies to my eyes.

“To say the video showed nothing but a very physical altercation between police and the defendant would be an understatement.’’

Magistrate Grogin said Mr Saddik’s concerns for his clients were well-founded after watching footage and learning Fadi Zraika was hospitalised after complaining of head injuries. 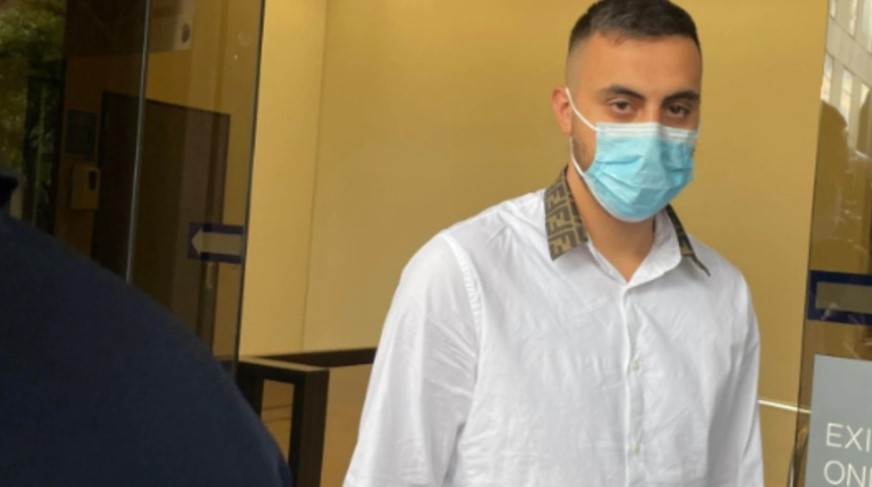 Hussein Zreika was one of the five men who will get a payout after police assaulted them.

Police prosecutor Lachlan Kirby told the court the figures were not reasonable.

Outside court, Mr Saddik said civil proceedings would be launched against the police. 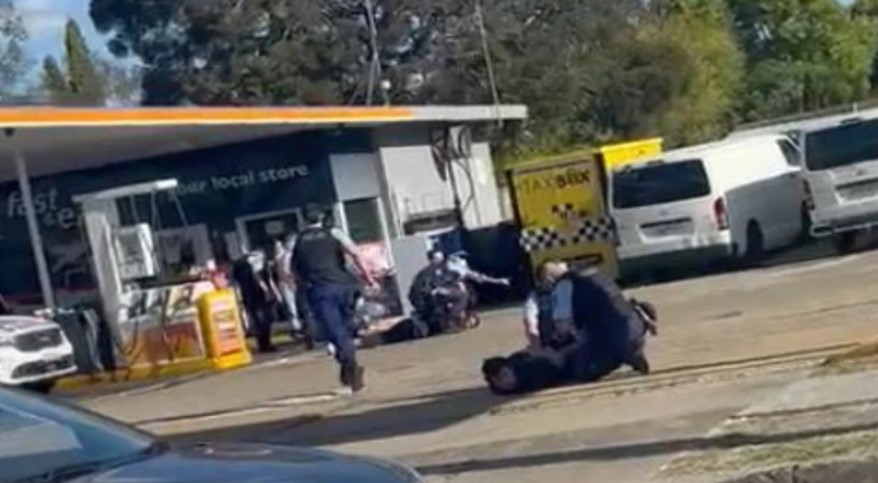 Footage shows Khaled Zreika and Hussein Zreika were not initially aggressive towards police and charges were dropped.

“His Honour’s very correct — there’s a clear discrepancy between the fact sheet that said one thing and the footage that said another. Irregardless of who you are, you being treating people like that.’’

“The next step is essentially what the police process want to take,’’ he said.

“I’m not prompting police to lay charges. At the end of the day police have an investigation which they will do.’’