“The wholesale price at the moment is $1.79, which is what petrol stations pay for the fuel to be delivered to their site.

“Then you add their retail costs, all the costs associated with their lease, their business costs and the small margin that sits on that.”

“The price you and I pay at the pump is 85 per cent dependent on the wholesale price and 15 per cent on the retail price.”

Mr McKenzie also explained how the standard price had more than doubled since the start of the pandemic.

That’s largely due to the fact that I can’t turn a refinery off and on like a light switch,” he said.

“I have to wind it up and wind it down, so all the global fuel refiners are being quite cautious in predicting how fast economies will recover, and they’re getting it consistently wrong, which is effectively putting this price up.”

He said the Russia-Ukraine conflict had caused prices to hike by a further 20 per cent since December. 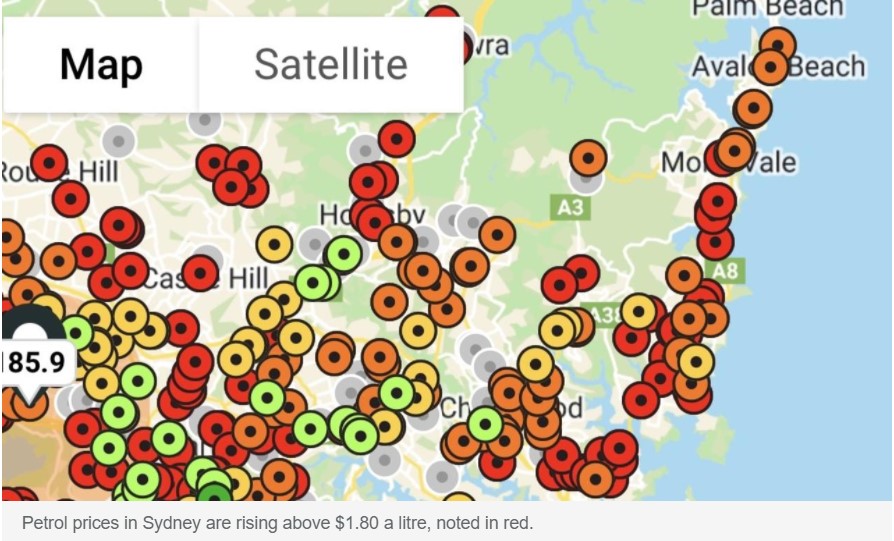 “The advice we’re getting, particularly out of the International Energy Agency, is its impact is likely to be short term; it’s likely to be temporary,” he told the ABC.

“Now, you don’t go and completely recalibrate your budget based on fluctuations in oil prices – they’ve gone up, they’ve gone down. And so we’d need to assess what the longer term impact would be.”

Labor leader Anthony Albanese blamed the government for the price spike, noting the closure of refineries.

“Fuel prices have gone through the roof under this government,” he said.

“Half of the refineries in Australia have shut down during this term of government. This government has not met its obligations under the International Energy Agency for fuel reserves.

“And Angus Taylor said we’re going to have fuel reserves – they’ll be in the Gulf of Mexico.”