NSW Police are appealing to the public for information after three men ambushed a service station employee in the state’s Hunter region, punching and stabbing him.

As seen in the video above, the men, one of whom is armed with a large knife, are seen entering the store in Morpeth store, near Maitland, on the morning of January 20.

One man jumps over the counter, appearing to threaten the 47-year-old attendant.

NSW Police are appealing to the public for information after three men ambushed a service station employee in the state’s Hunter region, punching and stabbing him.

One man jumps over the counter, appearing to threaten the 47-year-old attendant.

The man confronted the trio before he was punched in the face and stabbed in the abdomen.

Following a scuffle, the group made off with cash in a stolen white Subaru Liberty. 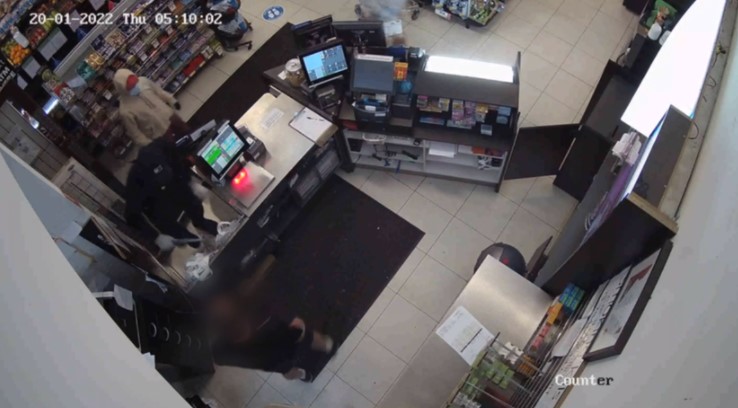 One man was seen jumping over the counter. Credit: NSW Police 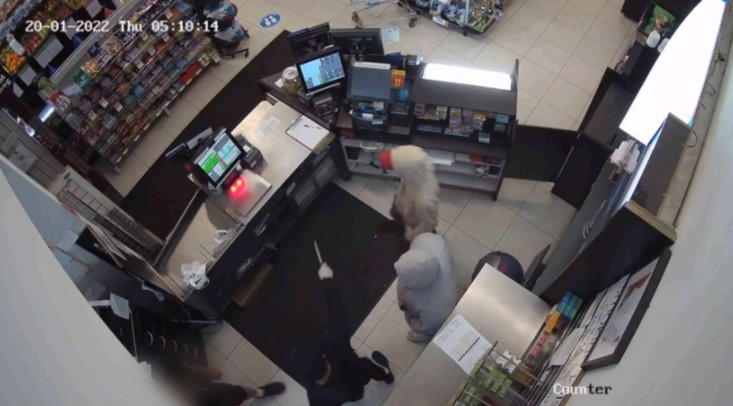 The trio appeared to threaten the attendant. Credit: NSW Police

The employee was treated at the scene by paramedics before being taken to hospital before a crime scene was established.

He has since been released from hospital.

Around 2.40am the following day, police were notified of a group of men about 30km away in the Edgeworth area, attempting to break into parked cars.

Enquiries established it had been stolen from a property the day before the stabbing.

Police found a knife in the vehicle during a search.

The Subaru and the knife were seized for further forensic examination

The two incidents, the armed robbery at Morpeth and the pursuit at Edgeworth, are being treated as linked and are being investigated by Strike Force Conge.

Police are now looking to speak to three men depicted in CCTV of the armed robbery.

One man in the vision is seen wearing a beige hooded jumper, maroon pants, black shoes and red cap.

The second man is seen wearing a navy long-sleeved shirt with a white and red print on the front, navy pants, a navy cap and blue running shoes.

Dashcam vision from a vehicle parked in vicinity of the police pursuit at Edgeworth also depicts four men walking past.

Anyone with information is urged to come forward.

The driver failed to stop as directed and a pursuit of the vehicle was initiated before being terminated due to the manner of driving.

Authorities later discovered the abandoned vehicle at Awaba, south of Edgeworth, at about 5am.