Its arrival in Victoria last week was heralded as “the genesis of a new global hydrogen supply chain” by Japanese ambassador, Shingo Yamagami. Angus Taylor, Minister for Industry, Energy and Emissions Reduction, also stated that “this was a historic day for Japan, Australia and the global energy industry”.

Coregas has contracted in this $500 million project, which is backed by the Japanese and Australian governments, for providing engineering consultancy, onsite support, and equipment for the gasification plant at Loy Yang in the LaTrobe Valley and the state-of-the-art liquefaction and loading facility at nearby Port of Hastings. 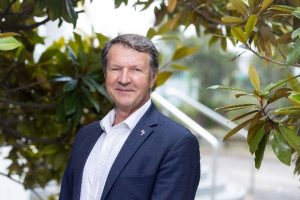 “After years of preparation Coregas completed loading of the Suiso Frontier for the first shipment of liquid hydrogen to Japan departing this week,” said Coregas Innovation Manager Wodek Jakubik.

For the pilot project, 99.999% pure hydrogen has been produced from Latrobe Valley coal and biomass via gasification, trucked to Hastings, cooled to -253 degrees and subsequently liquified to less than 800 times its gaseous volume to create highly valuable liquefied hydrogen.

Coregas is providing oxygen, nitrogen, helium, and calibration gases to both facilities, the hydrogen compressor for the gasification plant, and transportation services to move both liquefied and gaseous hydrogen, while being responsible for the operation and maintenance of the liquefaction plant on a 24/7 shift basis. Coregas engineers are also responsible for loading the Suiso Frontier with liquefied hydrogen.

“Once connected to the vessel’s 1,250 m3 vacuum-insulated, double-shell-structure liquefied hydrogen storage tanks, filling was completed by Coregas engineers using an on-site portable delivery vehicle, said Jakubik whose Coregas team was congratulated by the Suiso Frontier’s Captain on a job well done. “Great cooperation from all project partners has ensured its success and we wish the Captain and crew of the Suiso Frontier the very best for their return voyage to Japan.”

The Australian-Japan HESC partnership will create 30,000 full-time jobs across the Gippsland and Mornington Peninsula regions over the life of the project.

Coregas, a Wesfarmers company, is the only Australian industrial gases company manufacturing gases locally and distributing throughout Australia and New Zealand. Coregas manufactures and distributes compressed gases and cryogenic liquids to almost all industries, ranging from heavy industry and manufacturing, to healthcare and specialty users such as laboratories. With one of the largest air separation and hydrogen production facilities in the southern hemisphere, Coregas produces oxygen, nitrogen, argon and hydrogen in bulk quantities. Coregas also has the largest acetylene plant in Australia, along with a helium filling facility.