At its national conference on the Gold Coast in September 2015, ACAPMA introduced a body of work that had been advanced under the Fuel Retail 2030 project.

This project was specifically designed to initiate a national industry conversation and included the commissioning of noted futurist Michael McCallum (of Global Foresight) to identify the key market forces that would likely shape the petrol-convenience market over the next 15 years. Mr McCallum’s findings were then handed to Wayne Lamb (formerly of Cadway Projects) as a ‘design brief’ for development of a service station concept that that might reasonably accommodate these trends (This work ultimately resulted in the ‘Community Hub’ concept. A 5 minute video summary of this concept can be viewed at: Back to the Future: 20 Years from Now [FULL VIDEO] on Vimeo).

Mr McCallum, identified three key market forces. The first was the emergence of electric, autonomous vehicles – a trend that would incrementally but steadily erode fuel revenue over the next 15-20 years. The second was the increasing digital connectedness of consumers, leading to increased customer expectations for ‘on-demand everything’ and changes in physical buying behaviours.

The third force was the Share Economy which would likely mean that households will progressively gravitate to a market proposition of sharing assets with others, as opposed to owning assets. This trend would likely be further accentuated by the emergence of autonomous vehicles that would mean that there is likely a future where consumers could access a vehicle on demand without owning the vehicle (i.e. the vehicle could be hailed via a mobile app and then drive itself to the user’s home).

“At the time, I remember the 2015 conference presentation prompted some interesting conversation in the audience. Some were ‘challenged but excited’ about the opportunities, while others suggested that the trends were ‘interesting but unlikely’ to be an issue for the industry in the foreseeable future”, said ACAPMA CEO Mark McKenzie.

“But fast forward 7 years (and into the post-COVID era) and many of these trends are no longer theory – some have, in fact, become real world market trends around the globe”, said Mark.

Since 2015, the ACAPMA Secretariat has engaged a variety of government and industry stakeholders (in areas such as EV’s, the share economy and micro logistics) to better understand the nature of the market threat to the traditional petrol-convenience business model. This work has included consideration of the possible strategies that could be leveraged to transition service station businesses from the current model to one that maximizes the potential to capitalize on emerging opportunities – and thereby enhance the value of the nation’s service station assets.

The Association has also been working with Oliver Wyman – a division of the Marsh McLennan Group – to better understand the detail of current market trends and their likely impact on petrol and convenience retailing – now and over the medium to long term given the ‘long-tail’ nature of service station assets.

This deep and ongoing engagement with government, regulators, industry and business consultants, has resulted in the identification of four key ‘change’ themes that are facing the petrol-convenience industry.  These include: (1) Shifts in consumer expectations & behaviours, (2) Retail shifts and innovations, (3) Mobility trends and fuels shifts, and (4) Fuels and convenience competitive shifts. A total of 25 discrete macro market trends have been identified under the umbrella of these four themes, with a view to further work on better understanding how these trends might best be accommodated in the future.

“This work will form the foundations of the work of the new National Petroleum and Retailer Council – a joint initiative of ACAPMA and Convenience World – with a view to exploring these trends and developing guidance for fuel and convenience businesses, to help them navigate the changing market dynamic.”, said Mark

One of the 10 trends identified under the first theme (i.e. Shifts in consumer expectations & behaviours) is the increasing influence of the sharing economy. This trend is growing quickly as an increasing number of consumers, particularly the Millennials (who will spend more of their life in the 21st century than the previous century), are adopting an asset-light lifestyle. That is, choosing to access assets (such as a car) rather than own them. 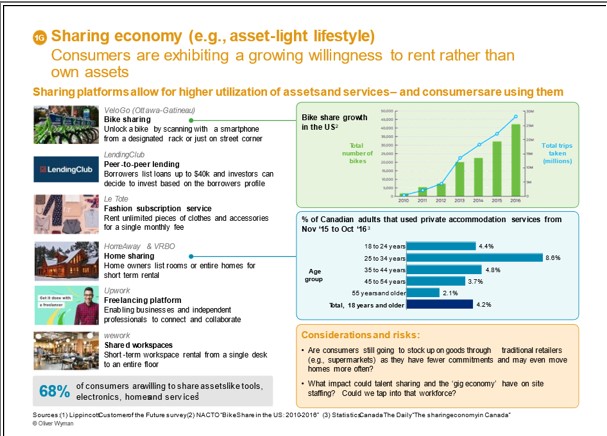 “The dramatic increase in digital commerce, much of which has been accelerated by the impact of COVID-19 in recent years, can already be seen in terms of Australian households choosing to buy one car instead of two (or more), leading to the growth of car share platforms such as Uber and Lyft”, said Mark.

The research completed by Oliver Wyman raises questions about what the likely impact will be on customer ‘foot traffic’ at service stations in the years ahead. How might a service station business – faced with a reduced number of vehicles purchasing fuel – actually take advantage of this trend? While some of this can be offset by increased revenue from convenience products, the small average value of a convenience basket (at around $8.50) is almost nine times lower than a single fuel transaction (at around $70). Consequently, petrol convenience businesses will have to consider creation of new revenue streams.

One opportunity, particularly in the event that autonomous vehicles become mainstream, is that service stations become the hub for share vehicles with these vehicles being ‘docked’ at service stations when they are not on call. Ultimately, someone has to responsible for ensuring these vehicles are fully charged and clean – that their tyres are correctly inflated and that ‘flash’ upgrades are completed when required. 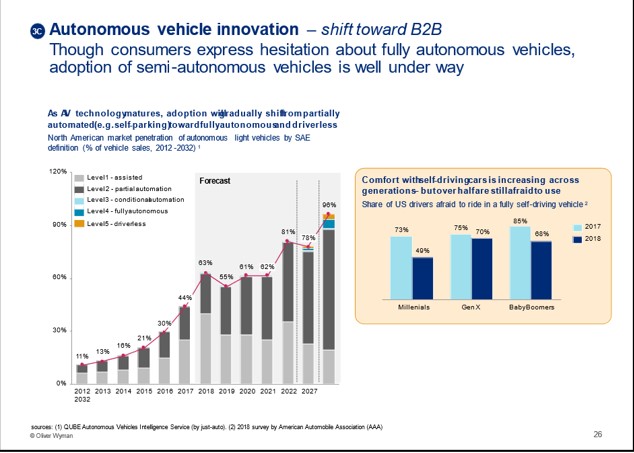 “With more than 7,000 sites strategically positioned in local communities close to where people live and work, our industry is perfectly positioned to capitalize on this trend – if and when it emerges”, said Mark

“But these vehicles could also be used for delivery of goods with emerging delivery platforms like Sendle and Milk Run already trialing partnerships with Australian service stations in these areas”, said Mark

“While these trends bring obvious downside risks for fuel revenues, they create upside opportunities in terms of increased convenience revenues and the creation of new revenue streams”, said Mark

“When you sit back and think about it, the opportunity to leverage a service station business to take advantage of the Share Economy are  substantial”, said Mark.

“As our new Council investigates these opportunities in detail, ACAPMA will identify the policy and legislative frameworks that will need to be created to support the industry in making these transitions – and this intelligence will be used to frame our ongoing advocacy conversation with all Australian governments”, said Mark

Formal invitations to the proposed members of the new National Petroleum and Convenience Retailer Council (a constituted Advisory Council) were issued two weeks ago, and ACAPMA intends to introduce the members of the Council shortly. It is envisaged that the new Council will provide industry with a summary of the 2022 work agenda following its’ inaugural meeting in March 2022.