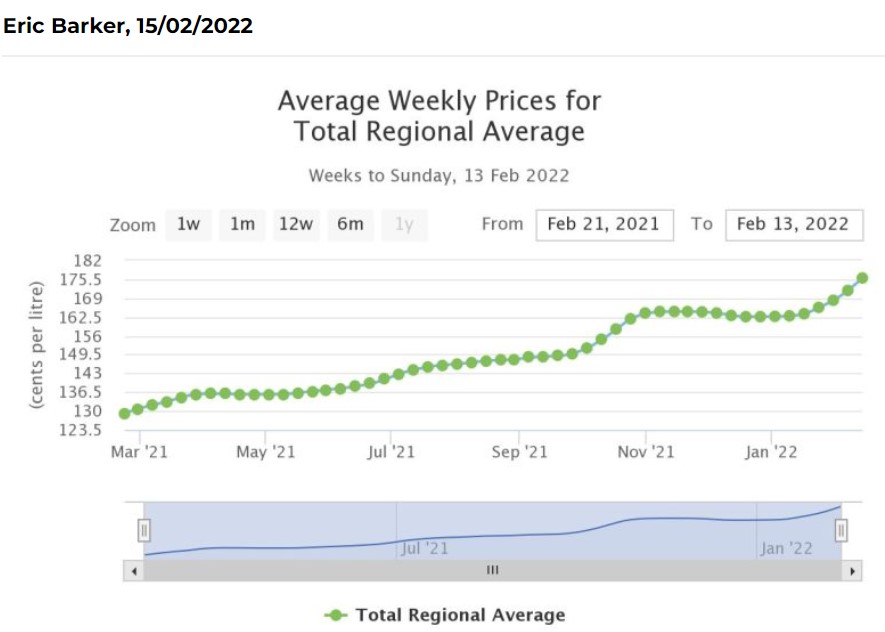 THE livestock transport industry says an increase in rates is inevitable as the price of diesel reaches its highest point since 2008.

According to the Australian Institute of Petroleum, the national average terminal gate price is 167c/litre – the highest since July 2008 when it reached 182c/litre. That price has translated to 175c at the bowser.

Transporters have already warned of increased rates this year, as the price of diesel was combined with a national shortage of urea-based exhaust fluid AdBlue at the end of last year.

“Our fuel costs have risen 38 percent in the past six months, so we will have to pass that on,” Mr Ross said.

“Along with the diesel prices, steel prices have increased about 60pc and the price of trucks has increased about 20pc – so the entire industry will need to increase rates.”

Mr Ross said while domestic production of Adblue had ramped up, transporters were still paying record prices for the emissions reducing fluid.

“We’re paying 200c/litre for Adblue now and that’s increased from 90c in August. Adblue makes up about 5pc of fuel burn costs,” he said.

“I really hope I’m wrong but it seems the like the price of Adblue at the moment is going to be the new normal.”

Oil producing nations fail to reach supply targetsAs can be seen on the Thomas Elder Markets graph above, diesel prices directly correlate with the global oil price, which is currently seeing a substantial shortage of supply.

The shortage of fuel has been put down to the Organisation of Oil Producing Nations (OPEC), mostly Middle Eastern and African countries, and Russian-led OPEC+ not reaching a target to increase oil production in-line with increasing demand.

Many of them had cut production at the start of the pandemic as lockdowns decreased demand for fuel. But many that demand has recovered and stayed strong during the Omicron wave of COVID.

The International Energy Agency is predicting the high oil prices to keep increasing in the coming months as the world waits for new projects to come online and take pressure off the supply.

Mr Ross said the uncertainty in the oil market was making it tough for livestock transporters trying to adjust rates.

“The hardest part of deciding the rate is trying to work out when the market will top out,” he said. 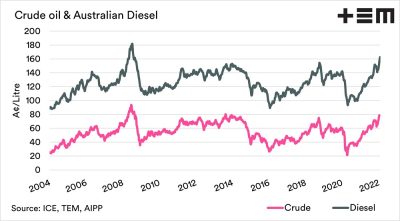