Queensland electric vehicle owners are reaping the huge financial benefits to be had from escaping the bowser as petrol prices go north of $2 a litre. Two, in particular, have reported phenomenal savings.

One BMW i3 owner says he has easily saved $20,000 in the three years, while another couple who bought two Nissan Leafs to tow waste bread, fruit and vegetables and onsell to farmers, say they have already broken even on running costs.

The BMW i3 owner, Chris Cathcart, has given regular updates on his electric vehicle usage since buying his BMW i3. He has now driven 150,000km ion the i3, and says that it has only cost his family $162.74 thanks to a large solar array and a solar-aware Zappi charger.

Sharing his latest update to the Queensland AEVA (Australian Electric Vehicle Association) branch on Facebook, he says: “We have now driven 150,032km, not bad for an EV, with a relatively small 32kWh battery & range of just under 200Km on the highway and about 250Km around town.

In total, he says the cost of ownership for his BMW i3 has been a little more than $2,500 plus the cost of new tyres.

“So why are our power costs so incredibly low? This is because we have invested in a solar aware charger, the Zappi, so we can use our solar system to charge the car, mainly from what we can’t export to the grid, as we have a 28.8kW system.

“If we had to use the grid instead of solar to charge, our charging costs would have been about $1,805. Our total servicing cost is $550, plus 6 new tyres.

“With fuel prices already cracking $2 per litre, this could have easily been $20,000 in an ICE vehicle, not to mention that it would have already needed 10 regular services too,” he says.

According to Cathcart, the costs include using public Queensland Electric Super Highway (QESH) chargers which now cost 20c/kWh and are managed by Chargefox. Most of his charging is done on a daily basis at home using the rooftop solar array.

One of Radford ‘s Leafs has made a previous appearance on The Driven when he was one EV owner to share his towing experience in the “Electric vehicles that tow trailers” Facebook group.

Radford tells The Driven that he and his partner have a couple of bakeries, and also run a charity that picks up waste bread from major grocery chains.

While some of this goes to their chickens and pigs, along with eight or more 120 litre bins of fruit and vegetable spoils and offcuts a week they pick up from a local food farm in the area, they sell the remainder on at a small cost to a couple of local cattle farmers. 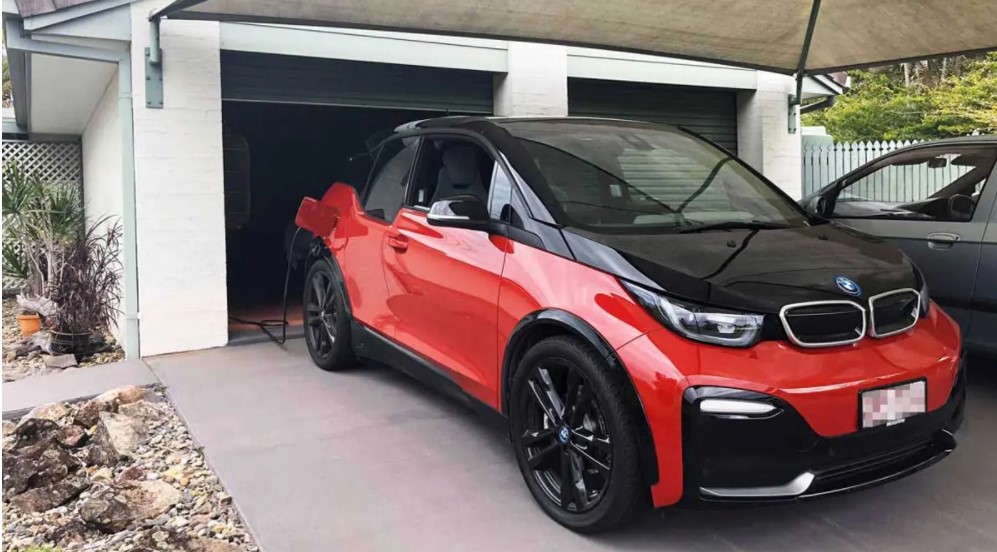 Radford says the couple decided to buy a 2012 Nissan Leaf after a friend in the Northern Territory started doing FIFO work. “It was sitting at his place up near Darwin, so I purchased it from him to move the bread,” he said, adding the couple used to use an Hyundai i30.

“Prior to us doing this it was all going to landfill. I looked at what the yearly fuel consumption was, and figured it would be a lot easier and less hassle and it would probably be quite affordable doing it in an electric car.”

The couple powers both Leafs using purchased green energy, but also have a 50kW solar system with a 30kW limit that they feed back into the grid. With an average cost of about 18c/kWh, Radford says that the green grid power alone has cost them just over $1,000 for 37,000km, saving them thousands in fuel costs.

And because they’ve been able to sell the bread, “We’ve hit the break-even mark on the 2019 Leaf. With what we get for the bread we can cover running costs.”

The only negatives they’ve experienced with the Leafs have been sourcing a tow bar (they found a supplier in Melbourne eventually which sells a certified Leaf tow bar), and the occasional need to rapid charge twice in one day when visiting family up at Hervey Bay.

“The hot temperatures pushed the battery temperature up a bit but that’s something you expect in a car without active charging,” Radford says.

As for battery degradation, the 2012 Leaf needed a new battery under warranty after it dropped below 80% health. Andrew says that with another 30,000km it still has full bars, as does the 2019 Leaf which now has 44,000km on it.

Queensland was one of the highest ranking states for electric vehicle sales in 2021, with 4,567 new electric vehicle sales, a 1.86% market share. While the state has not as yet made any purchase incentives available as had SNW, Victoria and South Australia, it offers discounted stamp duty and registration fees.

Cathcart plans to continue adding more kilometres to his electric car ownership story. “I really still love driving this car, the EV grin isn’t any smaller after all these kilometres,” he says.


“We still make any excuse to go out and explore this great country … It’s just a pleasure to drive in the comfort & quiet of an electric vehicle. Every time we take someone for a spin, they are amazed at the power & torque, plus how smooth & quiet it is.”