A US military asset currently under construction will be linked via a fuel pipeline to the controversial Port of Darwin, raising more national security concerns about the wharf controlled by Chinese company Landbridge.

Work on the $270 million East Arm fuel storage facility began last month and, by late next year, it is expected to be able to hold 300 million litres of fuel, supporting the expansion of American military presence in the Northern Territory and Indo-Pacific.

The previously unreported link comes amid heightened tensions between Beijing and Canberra, and as the Prime Minister and Opposition Leader openly criticise the port’s $506 million lease and consider whether it should be cancelled.

Construction of the fuel farm is being managed by the Florida-based company Crowley Solutions.

Its vice-president, Sean Thomas, said that military fuel would be dispensed and collected through the Port of Darwin.

“We will have a pipeline connecting our facility to the petroleum, oils and lubricants berth at the port, at which ships employed by the US government will either take receipt of fuel or issue fuel into the facility,” Mr Thomas said. 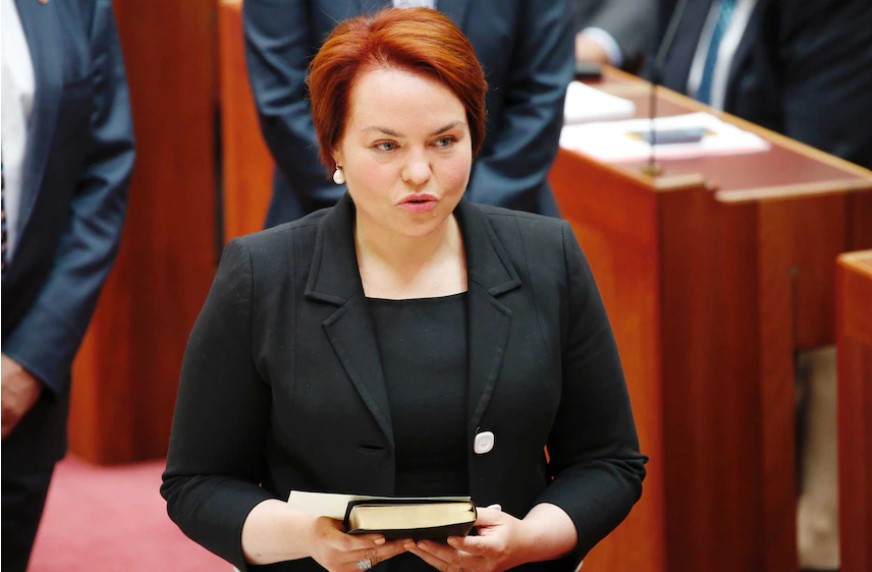 Labor senator Kimberley Kitching said that was a concern, as it could give a Beijing-linked company access to sensitive military activity, such as the storage of military fuel.

There is no publicly available evidence so far that operations could be observed by foreign officials at the port nor that sensitive information could be passed back to the Chinese government, but there are bipartisan concerns that that is possible.

“If Landbridge remains in ownership of the Port of Darwin, then there [will be] fuel pipelines that are necessary for the refuelling of US and allied ships,” said Senator Kitching, who chairs the Senate’s Foreign Affairs, Defence and Trade Legislation Committee.

“Obviously, they would have access to them. That is a problem. If you are going to be pumping fuel and a situation develops, there might be a strategic issue.

“No one expected a Chinese navy ship in recent days to use a military laser to target and Australian defence plane. We just don’t know what is going to happen.”

Landbridge has previously insisted its interests are purely commercial and has been contacted for comment.

In October, Defence completed a national security review of the Port of Darwin and is now consulting with other agencies, including the Department of Foreign Affairs and Trade, before a final recommendation is made to government.

On Friday, Prime Minister Scott Morrison said he opposed the sale of the port and that he would not hesitate to cancel the contract if advised to do so by Defence and intelligence agencies.

Opposition Leader Anthony Albanese said there was a case “for strategic assets in the national interest to remain in Australian hands”.

Defence and security analyst Alan Dupont said the 99-year lease of a strategic port to a Chinese subsidiary company was controversial, but manageable.

“It’s essentially a political risk, rather than security risk,” he said.

“There’s no doubt there’s a perception problem, particularly outside Australia, that the Chinese own Darwin Harbour or the Port of Darwin and that’s clearly not correct.”

Mr Dupont does not expect an announcement from the federal government any time soon.

“The government itself is divided on the merits, or otherwise, of taking the lease back and, therefore, the last thing that probably the Prime Minister wants is an internal ruckus within his cabinet before an election,” Mr Dupont said.

A spokesman for the Northern Territory government said it played a role in the leasing of land for the fuel farm and that it had not been advised of national security concerns.

The ABC has approached the Defence Department, asking how it judges the risk of having a Chinese-owned company responsible for handling fuel destined for the US military.

Extracted in full from: US military asset to be linked to controversial Port of Darwin via fuel pipeline – ABC News