Hybrid cars continue to outsell electric-only vehicles by almost 10 to one, according to the automotive industry’s official scoreboard.

Sales of electric cars more than doubled in Australia last month, but hybrid vehicles remain the driving force on the road to an electric future.

While the electric-car sales figure does not include Tesla – which chooses not to supply monthly delivery data – the official scoreboard shows hybrid vehicles are doing more than their fair share of reducing vehicle emissions.

There were 4972 hybrid cars reported as sold last month – the biggest January result to date – representing 6.5 per cent of all new vehicle sales. 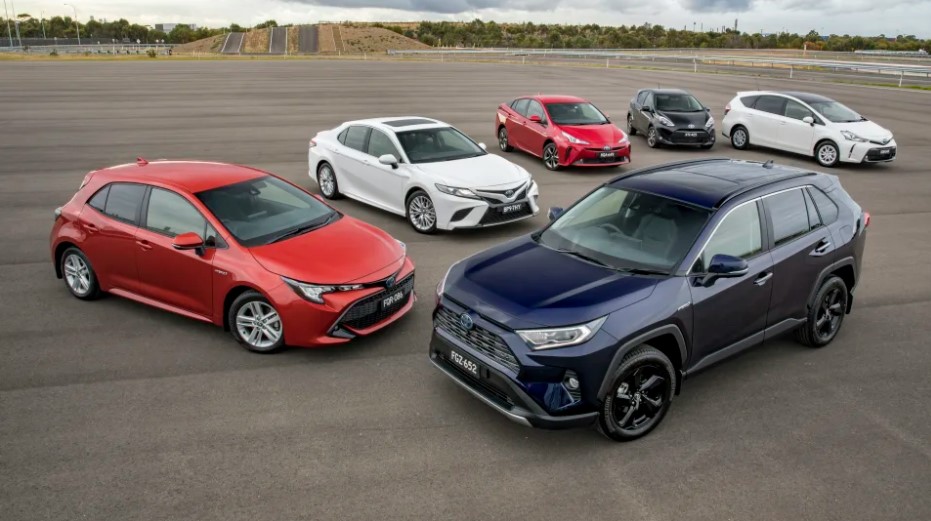 Data from the Federal Chamber of Automotive Industries (FCAI) shows 620 electric cars were reported as sold in January 2022 – up from 296 from during the same month the year prior – versus almost 5000 hybrid cars.

Toyota says hybrid vehicle sales would be higher if it could secure more production out of factories in Japan.

As with most car companies, Toyota is among those grappling with production slowdowns and parts shortages amid the global pandemic.

While there has been a strong focus on electric cars in the mainstream media, hybrid vehicles have in fact done more over the past 20 years to reduce vehicle emissions – because of their sheer volume of sales.

Toyota Australia has sold more than 242,000 hybrid cars over the past two decades, in the process halving the fuel consumption – and emissions – of those vehicles.

Toyota sold 65,000 hybrid cars in Australia last year alone – a new annual record for petrol-electric technology – accounting for almost 30 per cent of all new Toyota vehicle deliveries in calendar-year 2021. There was a similar hybrid sales ratio of 30 per cent in January 2022.

If Toyota’s hybrid vehicle division was a stand-alone brand, it would have ranked seventh in the new-car market last year.

The Toyota Australia executive said hybrid cars “also make a significant contribution to cutting the amount of carbon that goes into the atmosphere.”

“Importantly,” said Mr Hanley, “Toyota is not limited to a single technical solution when addressing carbon emissions, with a diverse range of technologies available that will contribute to reaching net-zero emissions.

“We understand our responsibility to ensuring we take everyone on the journey, leaving no-one behind.”