What is a petrol particulate filter, and which cars have one in Australia?

Despite lagging fuel standards, petrol particulate filters are finding their way into Australia-bound new cars in increasing numbers. Here’s what you need to know.

Once off-limits amid concerns over low-quality fuel, emissions-busting petrol particulate filters are becoming increasingly prevalent in Australia across all categories of the new-car market – bringing Australia one step closer to the more stringent emissions seen in Europe.

Whereas the top tier of petrol sold in Europe – for which the particulate filters are designed – contains only 10 parts per million (ppm) of sulphur, Australian premium unleaded can include up to 50ppm of sulphur, with regular unleaded capable of up to 150ppm.

However, manufacturers have begun to buck this established notion in recent years – and research by Drive has found that approximately or in excess of 50 vehicles sold in Australia are fitted with petrol particulate filters (PPFs), up from only a handful a few years ago.

These filters reduce emissions in petrol-powered vehicles – but as advised by manufacturers, come with the caveat of requiring premium petrol, or risk damage to the PPF or, in extreme cases, the engine.

Here’s everything you need to know about petrol particulate filters – and the known list of cars with the technology in Australia. 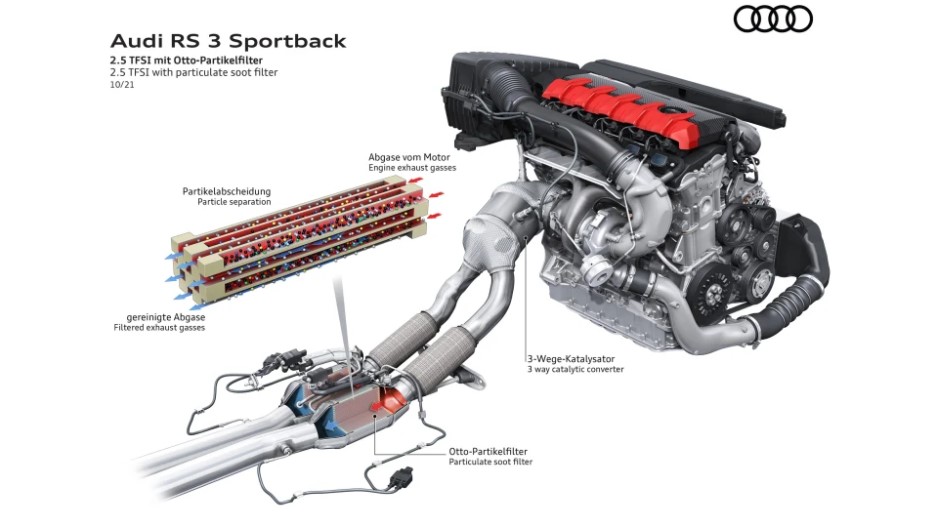 What is a petrol particulate filter?

The PPF sees gases from the engine passed through a large honeycomb-like filter, which uses its channels to trap harmful particulates (i.e. minute particles) – preventing them from exiting through the vehicle’s tailpipe and into the atmosphere.

The particulates trapped in the filter are then burned off when a high temperature is reached – a process known as ‘regeneration’ – releasing small amounts of carbon dioxide (among other less harmful substances) out of the vehicle’s exhaust pipe.

Diesel particulate filters (DPF) operate in a similar way, but as the temperature of a diesel vehicle’s exhaust gas is lower than that of a petrol car, the DPF ‘burn off’ may need to occur manually, either through a manual button inside the cabin, or a program built into the vehicle’s engine control unit (ECU). 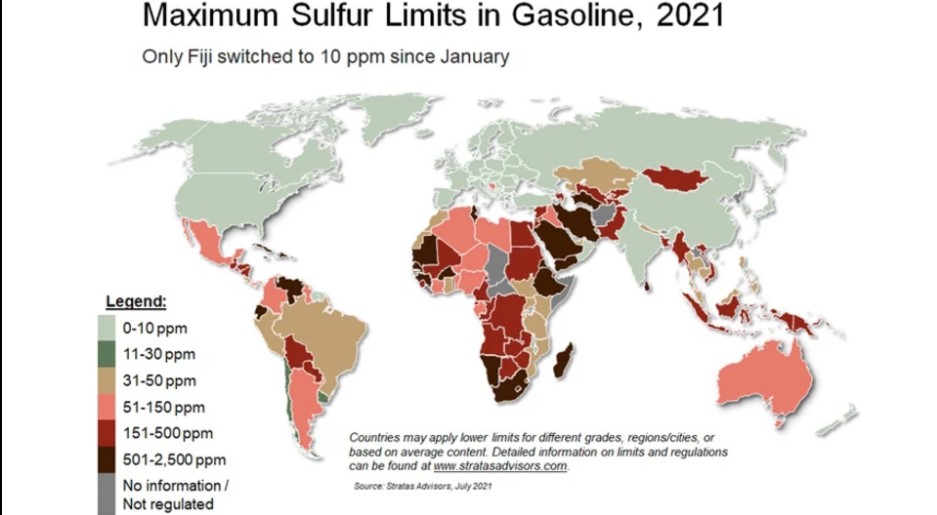 Petrol particulate filters are only compatible with fuel with minimal sulphur content – primarily the petrol sold in Europe, which contains less than 10 parts per million (ppm) of sulphur.

By comparison, the 95- and 98-octane premium unleaded petrol sold in Australia can contain up to 50 parts per million of sulphur, while 91-octane regular unleaded can include as much as 150ppm of sulphur.

The latest petrol particulate filters in European cars have been designed to operate with up to 50ppm of sulphur, and therefore can be used with Australian petrol – if only the more expensive premium unleaded blends.

However, fill a PPF-equipped vehicle with 91-octane, high sulphur petrol, and experts and car makers alike have warned damage will be caused to the filter and, at worst, the engine itself – necessitating costly repairs.

A Volkswagen Australia spokesperson told Drive the purchase and installation of a replacement PPF costs in excess of $4000 – up from approximately $2000 a few years ago, due to increased component and shipping costs worldwide amid the COVID-19 pandemic.

leaner petrol is on the way for Australia, however, as a $2 billion plan has been announced to upgrade our petrol quality to match the 10ppm sulphur content offered in Europe – though it won’t come into effect until 2024 (following infrastructure upgrades in 2023).

While some believe Renault and Peugeot were the first two car makers to introduce petrol particulate filters to Australia in 2019, there is now evidence to suggest PPFs were cleaning Australian cars since mid-to-late 2018 – or even earlier.

Australia’s best-selling vehicle with a PPF is believed to be the Ford Puma ‘light’ SUV (with 3218 cars sold in 2021), which has featured a filter since its launch in late 2020.

PPFs are fitted to all of Ford’s European-built vehicles, the Escape mid-size SUV, now-discontinued Focus small car, and the Fiesta ST and Focus ST hot hatches.

Interestingly, these PPF-equipped vehicles only comply with Euro 5 standards in Australia – a less stringent set of emissions regulations introduced in Europe in 2009, which do not mandate or necessitate the fitment of petrol particulate filters in order to be compliant.

Other vehicles with petrol particulate filters range from the Skoda Karoq 140TSI Sportline family SUV and Peugeot Partner van, to most or all models from Ferrari, Aston Martin, Maserati, and a selection of Porsches.

Extracted in full from: What is a petrol particulate filter, and which cars have one in Australia? – Drive