Electric cars provide a number of solutions for a cleaner, greener future of mobility.

But they don’t solve all the issues, with current technologies offering restricted driving range, extended recharging times and a limited network of charging stations – especially when compared to the convenience of owning a petrol- or diesel-powered vehicle and having a service station within reach wherever you are driving across the country.

But a host of car-makers are developing a solution that could prove to be a silver bullet and ensure the next generation of electric cars are more powerful, drive further and, importantly, are significantly quicker to recharge.

The next phase in EV technology is replacing today’s lithium-ion battery packs with what is called a solid-state battery, which promises to offer significantly higher levels of energy density.

What is a solid-state battery?

At present, lithium-ion battery packs require a liquid electrolyte – commonly a lithium salt suspended in an organic solvent – between the anode and cathode in each battery cell in order to store and discharge electricity.

This means that lithium-ion battery packs are quite large and heavy, and the electrolytes are both toxic and volatile when exposed to the outside air which can cause a chain reaction and set the battery alight if damaged in an accident.

Solid-state batteries effectively utilise the same lithium-ion chemical reaction through an anode and cathode to store and discharge electricity, but replace the electrolytic solvents with a wafer-thin electrolyte, usually made from either a ceramic compound, polymers or glass.

Removing the liquid solvent brings many benefits with solid-state batteries. For starters, they are more compact and lighter, which provides packaging benefits in the fundamental design of a car and improved dynamic qualities.

A reduction in mass will naturally also increase driving range when compared to a vehicle fitted with a lithium-ion battery of the same energy storage capacity.

In any case, they also have a much higher energy density rating, meaning that more electricity can be stored within each battery cell which also improves driving range.

Solid-state batteries are highly resistant to fire and explosion too – even in the event the battery pack is punctured or heavily damaged – and can, therefore, be replenished at higher voltages to reduce recharging times.

They are also, theoretically, quicker to manufacture in mass production and, without the solvents, require less toxic materials, which could also make them potentially cheaper.

The biggest problem at the moment with solid-state battery technology is long-term reliability.

The micro-thin electrolytes need to be manufactured so that the surface interacts with the anode and cathode evenly, otherwise any warping or cracking has a significant impact on the efficiency of the cell.

This is proving difficult for battery packs in the application of a moving vehicle, which is subjected to a wide variety of driving conditions that could potentially crack the electrolytes.

Solid-state batteries also perform poorly in cold weather conditions, which is proving to be a major hurdle especially considering the major markets of Europe and North America.

Which car-makers are developing solid-state EVs?

Most of the world’s largest traditional car makers are investing billions in the development of solid-state batteries, with a promise to introduce production EVs using the technology in the second half of this decade.

Toyota has been leading the charge in solid-state battery development for almost a decade through its partnership with Panasonic, and recently confirmed it will invest almost $20 billion in EV technologies with plans to produce up to 70 electrified models by 2030. 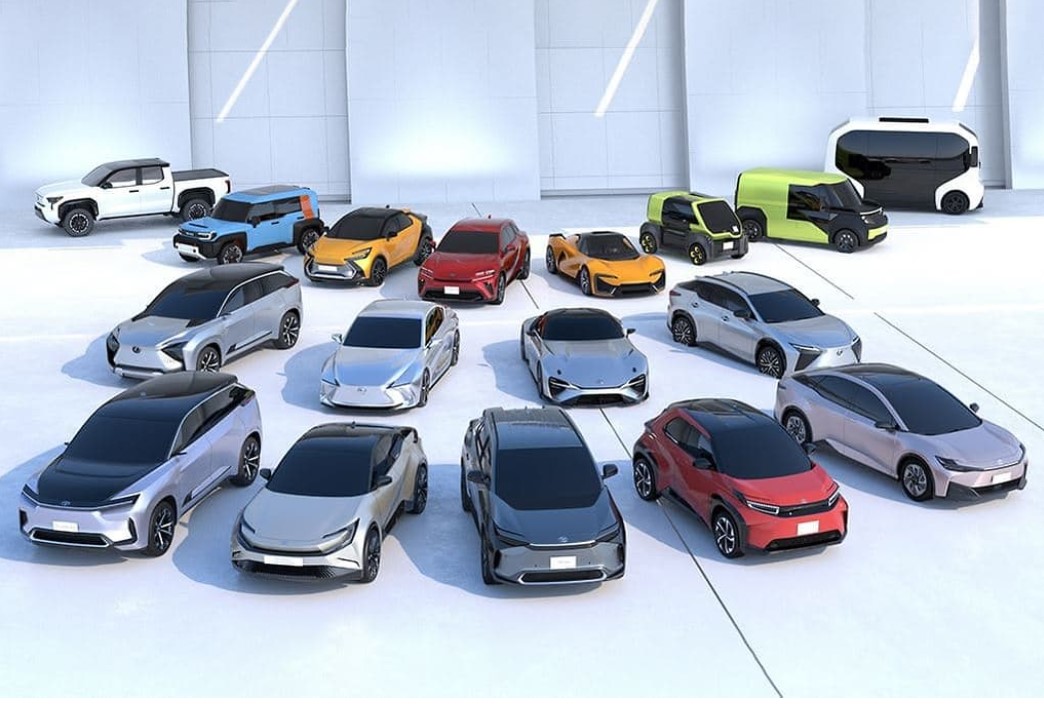 Nissan recently confirmed its plans to invest a similar amount in EVs over the next five years, sharing the technology across its alliance with Renault and Mitsubishi, with the promise to introduce a solid-state battery vehicle by 2028.

Daimler, the parent company of Mercedes-Benz, Stellantis, the group which now owns brands as diverse as Jeep, Chrysler, Fiat, Peugeot, Citroen, Opel, Alfa Romeo, Fiat and Maserati, and the Hyundai Motor Group have all invested in US-based start-up Factorial Energy, which is a global leader in the development of solid-state battery technology for EVs.

While Hyundai and Kia have yet to confirm their intentions to rollout a solid-state EV, both Daimler and Stellantis have stated they plan to have vehicles available by 2026.

Similarly, Ford and BMW have both purchased stakes in US-based Solid Power and plan to introduce solid-state battery EVs by end of the decade, while General Motors has joined forces with Korean firm POSCO and recently confirmed plans to develop a $10 billion supply chain for the supply of EV materials and components, including solid-state batteries.

The Volkswagen Group, however, could beat them all to the punch with plans to introduce a solid-state EV by 2024, thanks to being the largest shareholder in US-based QuantumScape which is working on a 10-layer solid-state battery that it claims is near production ready.

Instead, the American car maker is doubling-down on existing lithium-ion technology with what it calls a ‘tab-less’ battery.

At present, along with the anode, cathode and electrolytic fluid, individual battery cells each require tabs that allow the energy to flow to an external source.

The Tesla 4680 battery deletes these traditional foil tabs and uses a conductive portion that runs along the electrodes. By reducing the distance the electron has to travel, the battery cell has less thermal issues and a greater power to weight ratio.

Tesla says the tab-less battery is “close to working” but has yet to outline a timeline for its production debut.

Either way, the next phase in the future of electric cars promises to make tomorrow’s EVs cheaper to buy, quicker to drive and more convenient to own.

Extracted in full from: When are solid-state battery electric cars coming? – carsales.com.au