2021 was a big year for Tesla in Australia. More than 12,000 Tesla EVs ended up on Australian roads from the largest EV maker in the world. That’s a huge achievement given the Covid-19 lockdowns that many states and territories endured during the year.

That raises an interesting question: Which state or territory had the highest Tesla EV uptake in 2021 compared to 2020 and why?

Between New South Wales, Victoria and Queensland, our 3 most populated states, Nearly 80% (79.56% to be exact) of all Tesla’s sold in Australia. 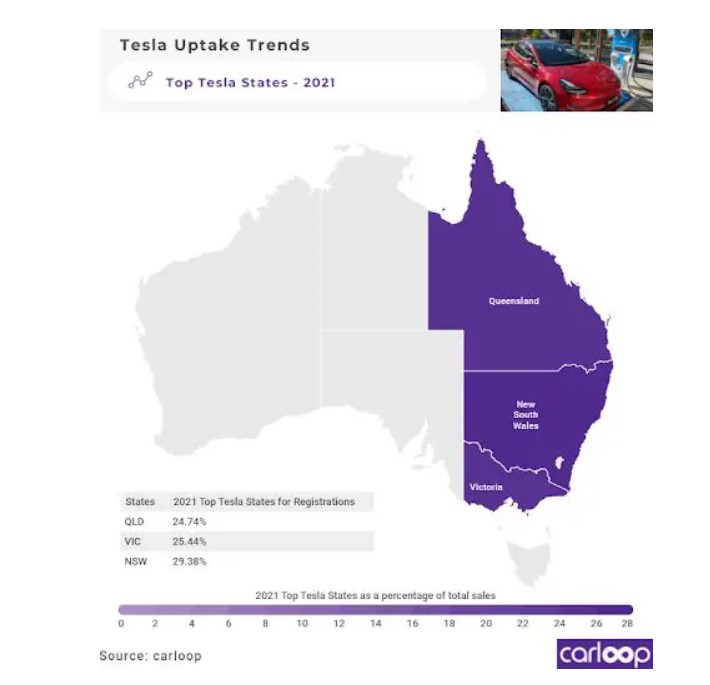 That’s 4 out of every 5 Teslas that ended up arriving in Australia during 2021 made their way to the Eastern seaboard.

Did the West have the best Tesla uptake in Australia?

fter analysing over 15,500 Teslas on Australian roads from the last 2 years, there was a clear winner when it came to the state with the highest rise in Teslas in 2021. That was Western Australia! 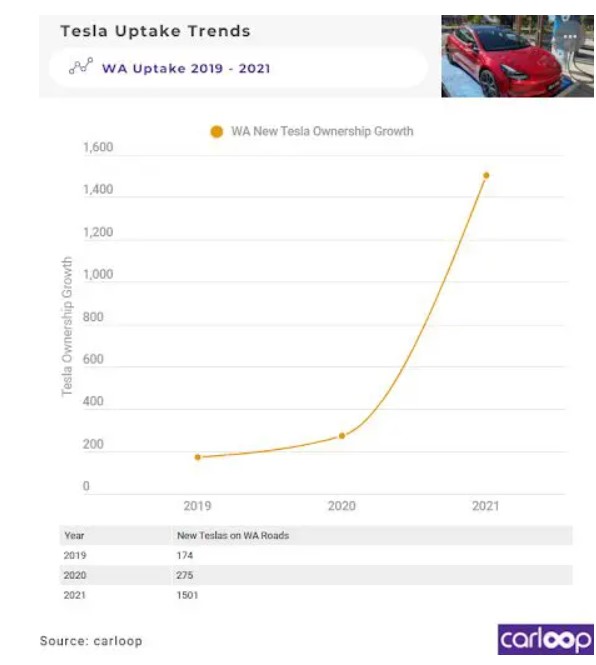 WA had a 445% increase in the amount of Tesla EVs that ended up on the WA roads compared to 2020. 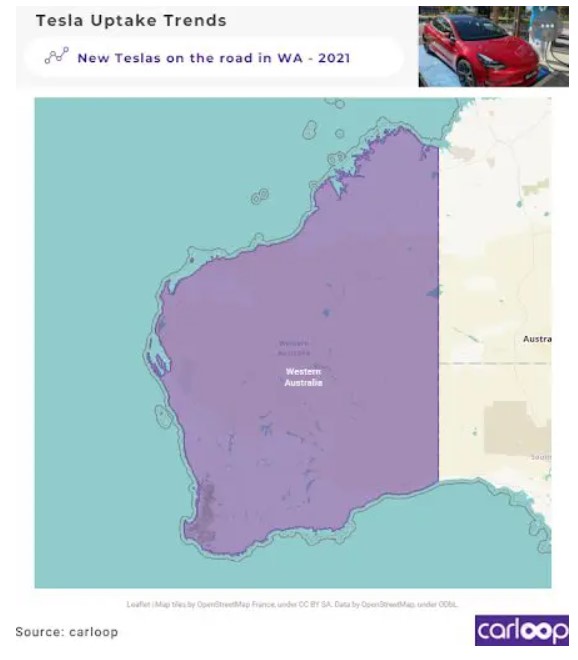 One of the most difficult things most Australians had to face in 2021 was the spread of Covid-19 and the lockdowns that followed. WA happened to be one of the states that did not have as much impact and kept Covid-19 out for the majority of the year.

This meant that the unemployment rate in WA was the lowest in the country – ending the year at just 3.4% and people in general felt more confident in buying a new car. That was a big contributor to higher than average Tesla uptake with WA leading the way. 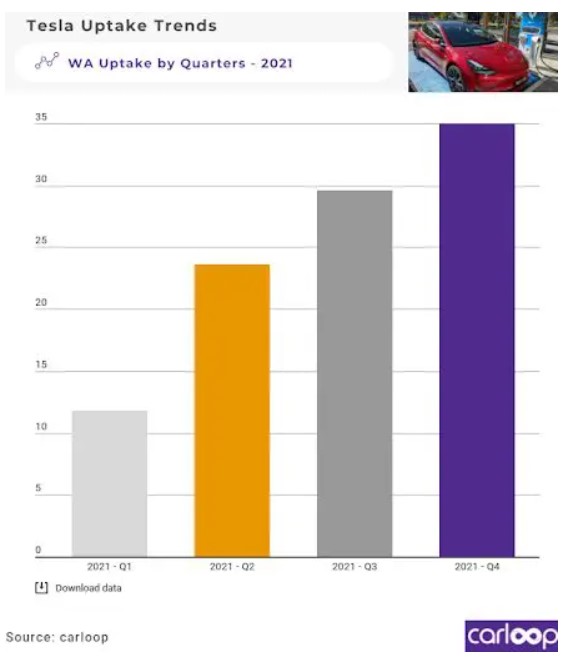 The last quarter alone saw 35% of the 2021 total Tesla WA deliveries ending up on WA roads. So more than a third of all Teslas on WA roads arrived in the last quarter of 2021 when the rest of the country was going through prolonged Covid-19 lockdowns.

The EV uptake in Australia has in previous years been gradual and has remained low. West Australia in particular has been slower than the eastern states to get off the ground but have kicked real goals in 2021 with the hockey stick growth by selling 445% more Teslas than in 2021.

Looking at this trend, we predict Tesla 2022 sales in WA to be closer to 2,500 as the Model Y is expected (unofficially) to be launched by Q2 in the year with Q3 deliveries. This is all without subsidies in WA unlike what we have seen in the eastern states. 2022 will be another booming year for Tesla uptake in WA.

Extracted in full from: Which state led Tesla electric car uptake in 2021? (thedriven.io)