The global energy shock that has sent the price of unleaded petrol above $2.20 a litre will rip an estimated $12bn out of Australians’ hip pockets this year, dragging on the economic recovery as consumers pull back on spending elsewhere.

Record fuel prices will cost the average household an extra $1100 this year, according to Morgan Stanley, adding to cost-of-living pressures that loom as a key political battleground in crucial seats ahead of the May federal poll.

As Australian energy company executives warned that the surge in global oil prices as a result of sanctions on Russia could take a long time to resolve, independent senator Rex Patrick called on the government to provide a temporary reduction in the 44.2c-a-litre fuel excise.

Less than three weeks from the March 29 budget, Josh Frydenberg was non-committal on the proposal, refusing to rule in or out a cut to the tax. “I’ve seen a lot of speculation in that respect,” the Treasurer said in a radio interview on Thursday. “As you know … that money goes towards transport infrastructure, and that is important in all our cities and all our -regional towns.”

“So, that is money directly coming from fuel excise which goes back into regional roads, into major urban transport projects,” he said. “When it comes to fuel prices, Australia is a price taker of the global price per barrel of oil, which has dramatically increased by around a third since the invasion by Russia of Ukraine less than two weeks ago.” 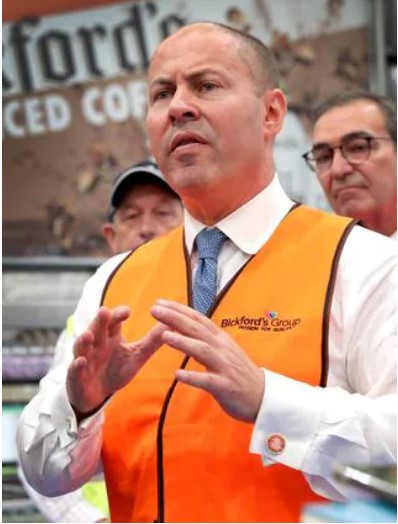 Opposition Treasury spokesman Jim Chalmers said it was “dishonest of Scott Morrison and Josh Frydenberg to pretend the costs of essentials like petrol weren’t already skyrocketing” before Russia invaded Ukraine.

Reserve Bank governor Philip Lowe said this week the disruption to the global oil supplies – the worst since the Iraq war began in 1990 – would make inflationary pressures “more persistent and broad-based”. Higher fresh food prices as a result of the devastating floods on the east coast of Australia will also add to household bills, at a time when many workers are still getting strong pay rises, despite frequent complaints of labour shortages.

With food accounting for about 20 per cent of the Australian Bureau of Statistics’ consumer price index basket, and petrol a further 4 per cent, ANZ senior economist Catherine Birch said inflation would climb from 3.5 per cent in the most recent figures to near 5 per cent by the middle of the year. This would be the strongest outcome since 2008, when the RBA cash rate was 7.25 per cent, compared with 0.1 per cent now. 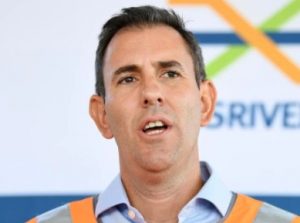 Ms Birch said she expected the inflationary pulse to ease in the second half of this year, but warned that “the evolving situation in Ukraine and consequent effects on growth and inflation will reverberate for some time”.

“Even without rates rising, this is a hit to discretionary spending, and then if we see rates rise, that’s a double hit,” Mr Thorpe said. After a surge in consumer spending through the pandemic, the hit to hip pockets from high pump prices was “part of a shock that’s going to come to the retail segment”, he said.

Mr Thorpe said the hit to spending as a result of more expensive petrol “must” drag on growth this year. “When you look at it globally, the energy shock is anticipated to reduce growth, and that has to translate domestically as well,” he said.

Mr Thorpe said the Howard government immediately regretted freezing the indexation of the fuel excise, which was reinstated over a decade later. “Politicians have been burnt before giving temporary tax cuts they then struggle to reverse,” he said.

With the fuel excise likely to stay, Morgan Stanley economist Chris Read said higher commodity costs would represent a tax on the consumer.

“We estimate that the current oil futures curve implies a $12bn increase in fuel spending by households this year,” Mr Read said in a note to clients.

He said Australian commodity exports would more than offset the hit from higher oil import costs, boosting profits for miners and tax revenue for the government.

“Net-net, we see only a small GDP impact,” he said.

The sharp drop in unemployment to 4.2 per cent has, so far, not been accompanied by a strong lift in wages growth, which has only regained pre-pandemic levels of 2.2 per cent after reaching record lows during the health crisis.

Economists and the Reserve Bank expect wages to lift more rapidly through 2022, and Dr Lowe has indicated he is loath to risk a premature rate hike if that comes at the expense of the RBA’s goal of full employment.

Mr Thorpe said it would “take quite a shock in wages to get them back above inflation”.