The government is considering a huge move that could see petrol prices slashed ahead of the election, as the cost of fuel spikes past $2 a litre.

Treasurer Josh Frydenberg is considering a temporary cut to the 44-cent fuel excise that could deliver immediate relief to motorists before the election, but has ruled out a freeze on automatic indexation.

In an exclusive interview with news.com.au, Mr Frydenberg officially ruled out a freeze to the automatic indexation of the fuel excise that comes into force in August, arguing that approach would not deliver substantial cost of living relief for families.

However, he left the door open to a temporary cut to the fuel excise, which currently stands at 44 cents a litre, as petrol prices hit $2.20 a litre or more across the country.

Any changes would cost the budget hundreds of millions of dollars but the cost could be made “temporary” and “targeted” to address cost of living pressure now by limiting the cut to specified time frame.

For example, if the Morrison Government was to cut the 44 cents a litre tax by 10 cents on budget night, such a cut would deliver a $6 saving to motorists at the bowser when they fill up a tank. 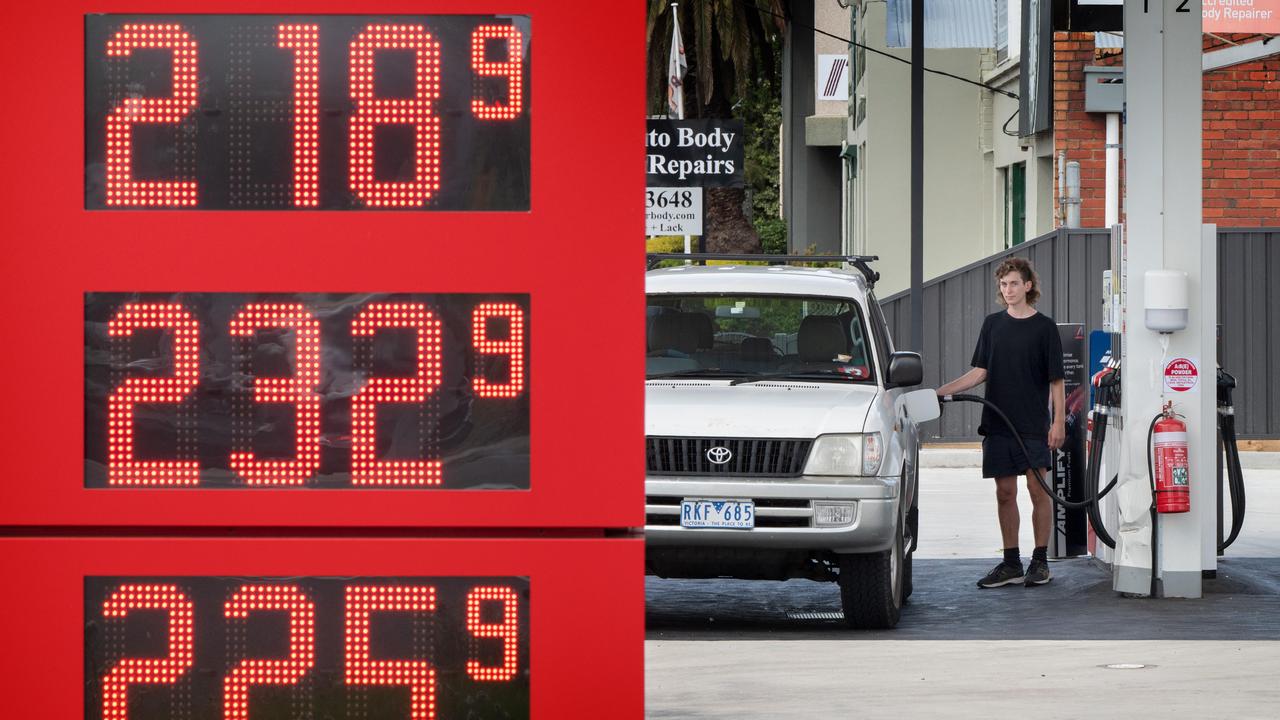 Petrol prices have spiked across the country, with most motorists now being slugged more than $2 a litre when they fill up. Picture: Tony Gough 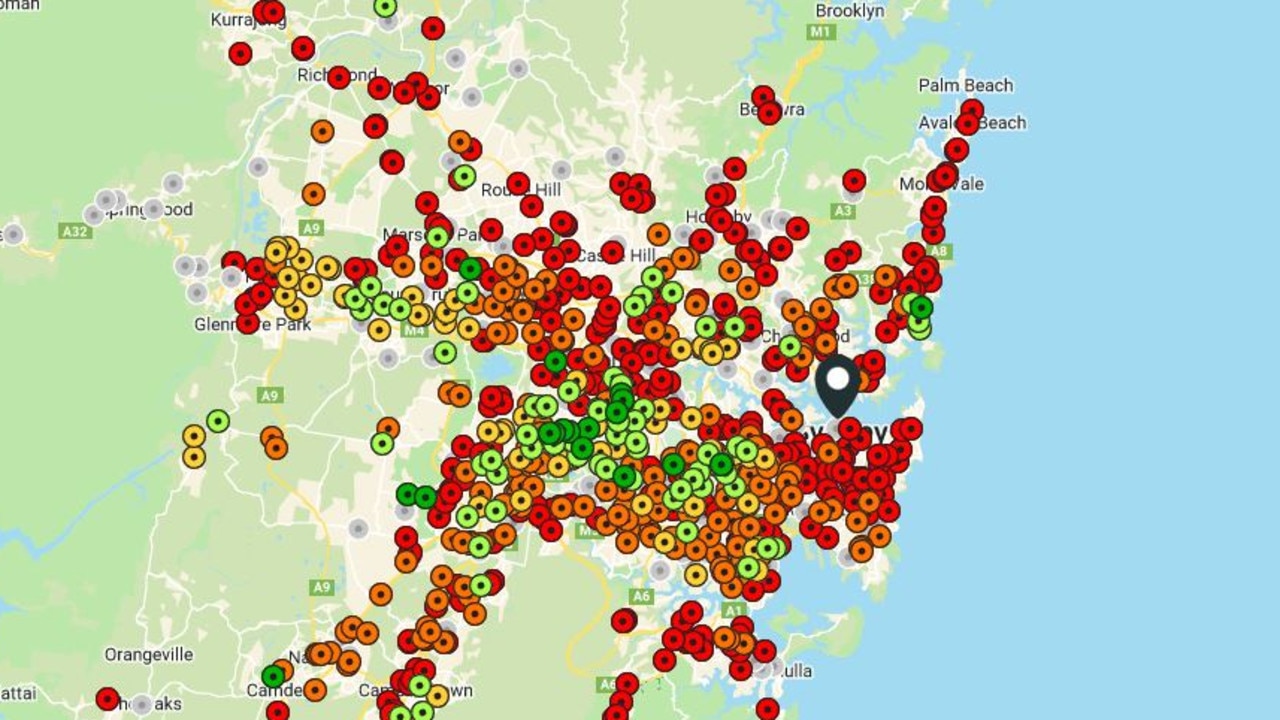 This map shows petrol prices across Sydney, with those marked in red charging more than $2.15 per litre, and those in dark green the cheapest with fuel available for under $1.99. Picture: Motormouth

The cost of a temporary reduction in fuel excise of 10 cents a litre for six months would cost the government $1.5 billion.

Mr Frydenberg did not confirm in the interview that he would cut fuel excise temporarily or stipulate the size of the cut or the cost to the budget.

However, he made clear it was an option the government was considering as the price of petrol rises to $2.20 a litre.

”The main thing I would say is what we will do will be temporary and it will be targeted and that’s all I can say,’’ Mr Frydenberg told news.com.au

”A change in the fuel excise does affect people who purchase fuel.”

Outgoing Liberal premier Steven Marshall who lost the SA election over the weekend and Tasmanian Premier Peter Gutwein have urged the Morrison government to cut the excise.

Asked about the news.com.au report revealing the government was considering a temporary cut to the fuel excise, the Prime Minister told 4BC radio he was still putting the “final touches” on the budget.

“We’re very conscious of the cost of living impacts, particularly caused by the war in Europe, which has obviously driven petrol prices (up) very significantly,’’ he said.

“And we know that people are feeling that. We know that it won’t go forever, spikes in petrol prices, but we know they’re having a real impact on people right now.”

In 2001 when petrol neared $1 a litre ahead of the federal election John Howard famously scrapped the indexation of the fuel excise, a move championed by then Nationals leader John Anderson.

Full indexation was only restored by Joe Hockey in 2014 as part of the Abbott government’s brutal first budget designed to repair the budget.

Asked about the option of a freeze on the automatic fuel excise that comes into force in August, the Treasurer said that would not deliver significant relief.

”That doesn’t make a significant change in price. That’s obviously what John Howard did, he froze excise,’’ Mr Frydenberg said.

”Like I said, that doesn’t make a significant change.”

Weighing on the Treasury’s mind is the danger that any savings delivered to motorists could be gobbled up by rising petrol prices. That’s another reason to driving the strategy of ensuring relief is “temporary” and “targeted.” 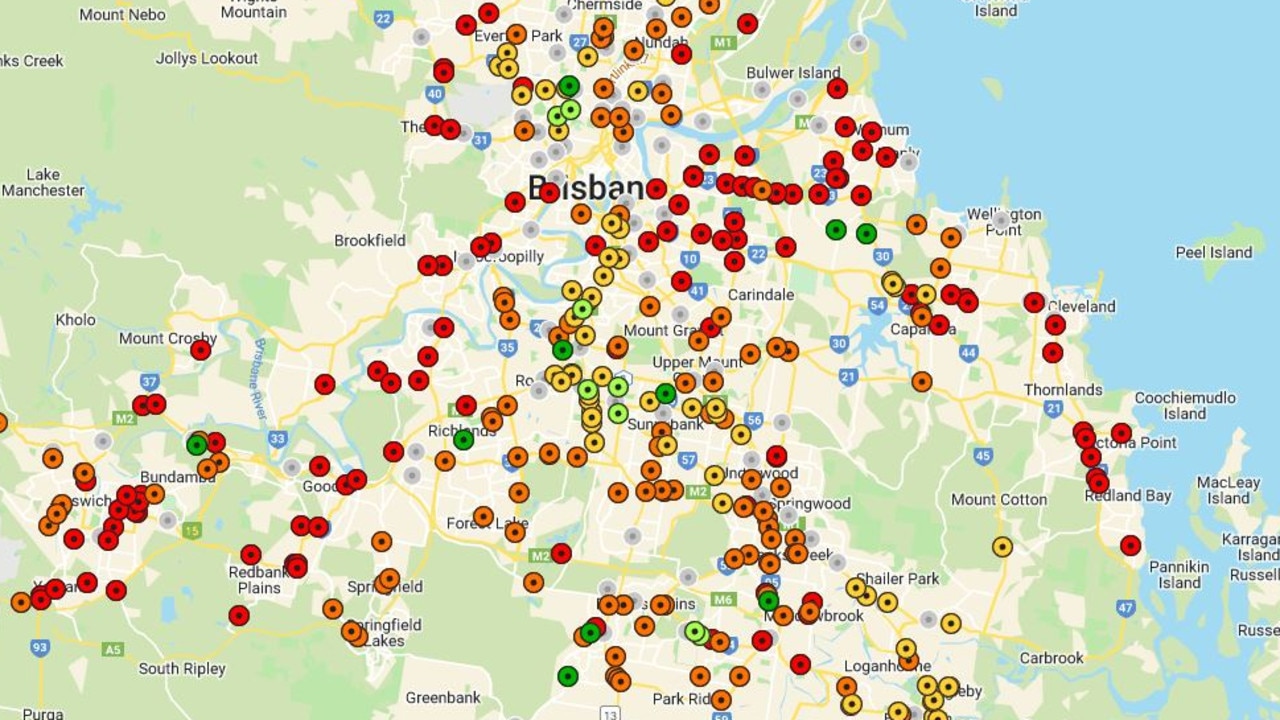 This map shows petrol prices across Brisbane, with those marked in red charging more than $2.15 per litre, and those in dark green the cheapest with fuel available for under $1.99. Picture: Motormouth

The other concern of a permanent cut to petrol excise is that it would cut spending on road safety because fuel excise helps fund upgrades. A short, sharp reduction in fuel excise would however reduce cost of living pressures without “baking in” the changes to the budget.

“Secondly, the oil price is pretty volatile. So it does flow through here to the petrol browser because we import so much oil,” he said.

“Third, that the cost of living expenses are real and it’s not just the price of petrol. It’s also what’s happening on supply chains being constrained and the freight costs going up and that passing through to food prices because of Covid and high levels of absenteeism and workforces.

“So, there’s a whole series of goods that are increasing in price which is adding to the inflationary pressures, fuel is only about 3% of the inflation basket, but the CPI basket, but I’m looking at a number of options for alleviating those custom living pressures.”

Mr Frydenberg said the fuel relief options he was considering were a “delicate balancing act.”

“What we’ve got to do is get the balance right. Where we’re not over stimulating the economy and therefore putting upward pressure on inflation and ultimately interest rates,” he said.

“We’ve got to balance all those objectives with the need to provide cost of living relief. So it’s a delicate balancing act.” 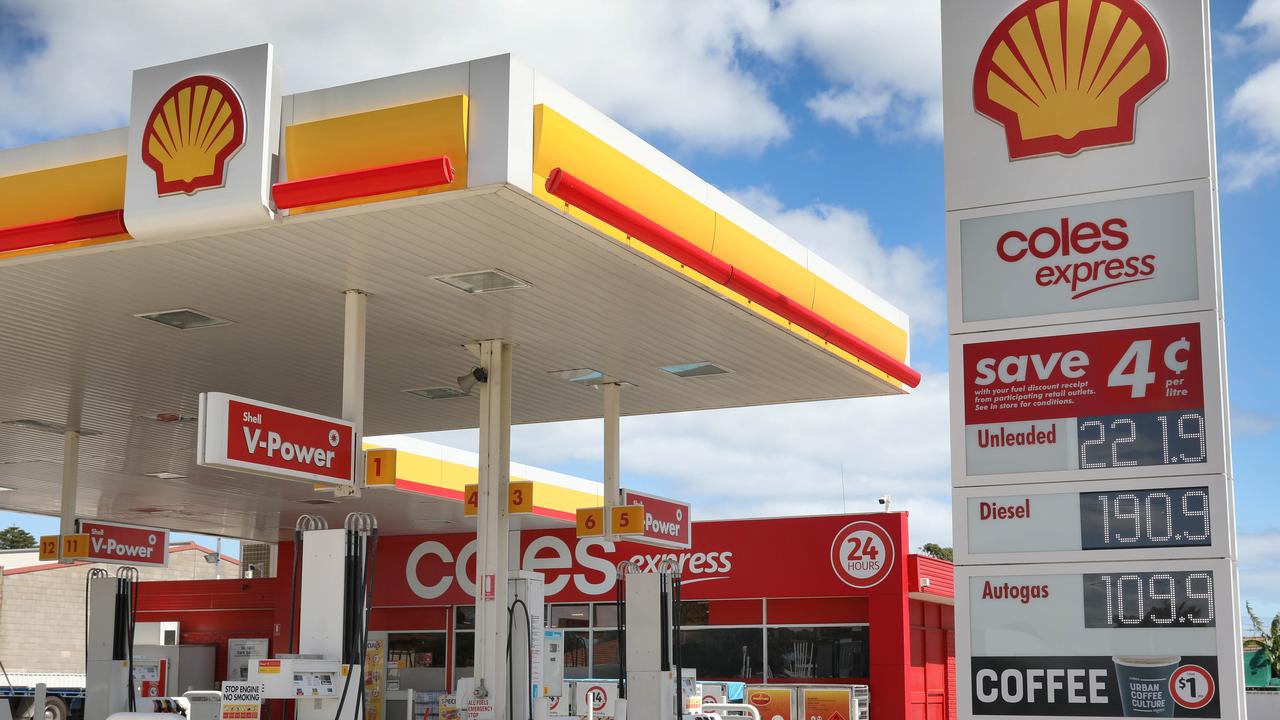 The government is expected to slash the fuel excise, with speculation this could save drivers up to $6 a tank. Picture Dean Martin

Australia’s peak motoring body has also warned that any permanent cut to fuel excise could slash funding to improve roads and infrastructure.

“With petrol prices at record levels, Australian motorists deserve to have every cent of their fuel taxes spent on projects that make their commutes faster, their families safer, and their communities stronger,’’ Australian Automobile Association spokesman Michael Bradley said.

“The past decade has seen just 53 per cent of the fuel excise spent on the transport network and as a result Australia is now having to play catch up.

“Both sides of politics have in recent days been right to resist calls for fuel tax cuts, citing the importance of fuel excise as the nation’s main source of road-building revenue.

“But the time has come for both sides of politics to commit to using 100 per cent of fuel taxes to build projects that get Australians and our economy moving again.”