At 22, his Ford Falcon XR6 Turbo was used purely for the adrenaline rush felt when he revved its engine around the dusty outback streets of his home town, Broken Hill.

“It all started with everything being loud and fast,” said the self-proclaimed rev head and performance nut.

“I reckon most young P-platers in Broken Hill have had a loud car or a Commodore or something, and it just grew from there.”

Now 34, Corey gets his adrenaline rush from something a little different. An electric vehicle (EV) that can top zero to 100 kilometres per hour in a modest 4.4 seconds. 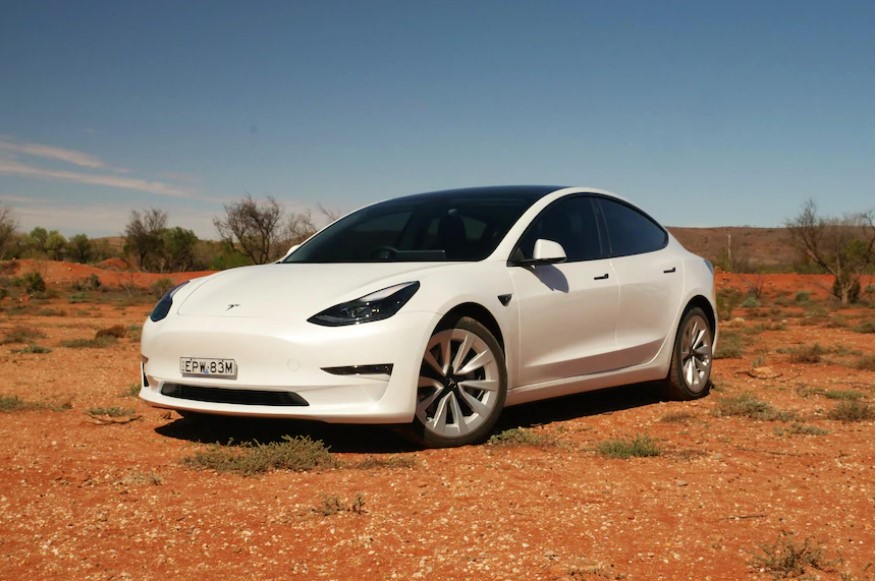 While it may not give the grunt of a revving V8, Mr Stenhouse believes the torque, power and intelligence make up for it.

“I haven’t been in a car that can launch as quick or handle as well and feel so safe at the same time,” he said.

According to Mr Stenhouse, EVs are the future of performance vehicles, and can now be modified, tuned and altered in ways never done before.

‘Unlike anything in a petrol or diesel car’

While most EV purchases are made for the cost-saving and environmental benefits, it’s not often they’re favoured for driveability and performance.

“Driving an EV is a completely different feeling of power, it’s like a foot on your chest when you take off, it’s zero delay, ultimate torque … unlike anything in a petrol or diesel car,” Mr Stenhouse said.

“Even the slower ones on the market are quite spritely.

“In my opinion, it’s much more enjoyable to drive than an internal combustion engine that needs gears and servicing, has a lot of running costs and is heavy on fuels.” 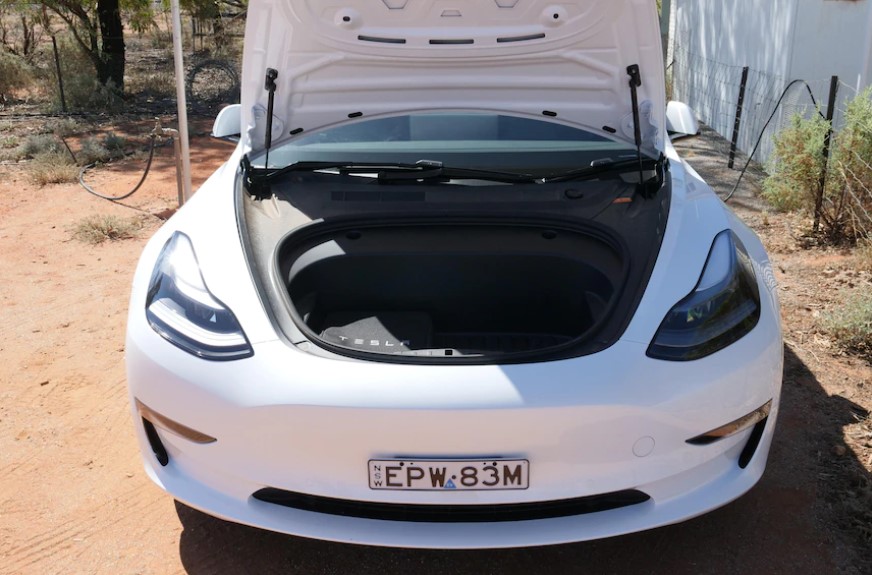 Mr Stenhouse can control his EV through a phone app – its windows, air conditioning, security, and the engine.

For an extra fee, he can even download a software update that makes the car go faster.

“Performance nuts see the future as ‘we can’t touch a car’ but it’s not totally true,” he said.

“There are a lot of guys now who remap engines through a laptop.”

“We’re talking the same technology with EVs so being able to tune your electric motors on laptops or over the updates.”

A passion for performance vehicles, and a career fixing and maintaining large fuel-powered machines, haven’t deterred Mr Stenhouse from making the switch over to an EV. 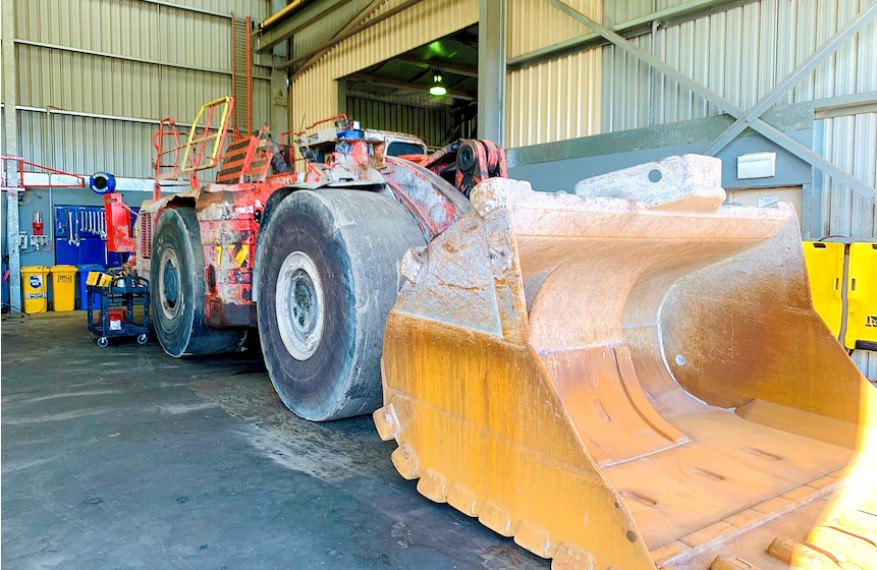 In fact, he’s developed a keen interest in the way electric vehicles work and how they can be modified.

“I did a short electric vehicle course because I don’t believe mechanics should be left in the dark with this technology,” Mr Stenhouse said.

Mr Stenhouse lives out on a station that is centred on renewable energy, and he and his wife have plans to eventually operate entirely off grid.

“Buying the Tesla, being in the middle of nowhere, we certainly had hesitations but with EVs there’s substantially less servicing,” he said.

“You don’t get a service book at 10,000km, you just don’t have the same drive train to service.

“You’re literally looking at a battery pack and a couple of electric motors.” 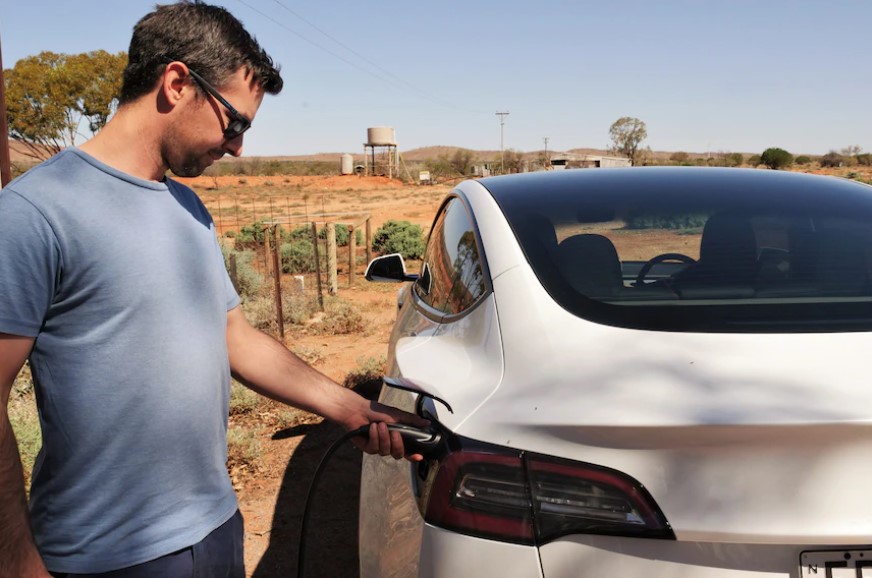 With little set-up needed, a simple 10amp wall plug will sufficiently charge an EV, although it can take up to 24 hours to charge fully from empty.

“On a full charge you can get 500km but on a long trip it’s a little bit less because the car isn’t regeneratively braking.

“Typically on a long drive we’re looking for a charger about every 400km.”

The NRMA has been working on establishing a statewide network of EV fast chargers, so vehicle owners can safely travel to any part of the state without “range anxiety”, or in other words, the fear of running out of charge. 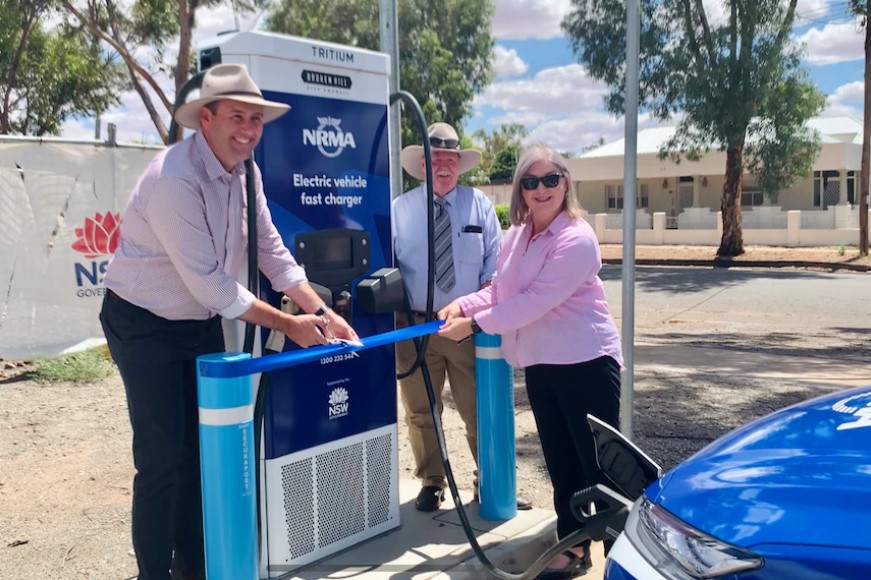 “What we’re doing is creating a footprint of chargers all around NSW so when more and more people are ready to purchase EVs – and we get more EVs into the country – they can certainly be guaranteed there’s a charger ready for them,” she said.

Fast charging stations are due to be installed in the remote NSW towns of Wilcannia and Cobar in the coming months, which will mean EV owners can soon travel from Sydney to Broken Hill with ease.

“We know how popular Broken Hill is as a tourist location so it’s exciting that you’ll soon be able to drive from Sydney without fear of losing charge,” Ms Barbir said.

Mr Stenhouse said it has been hard to put a fault to his electric vehicle, after six months of owning it.

But despite the gradual and inevitable shift to EVs, “analogue vehicles” and the grunt of an internal combustion engine will always have a place in his heart. 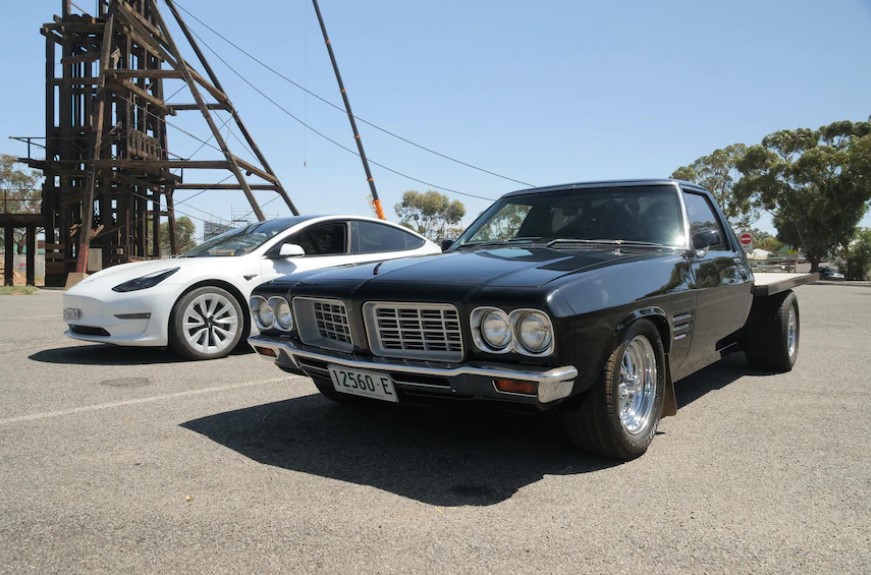 “I do enjoy the sound and the rumble of a V8.

“I think that part of me will never leave.”

Even though his work relies on the manufacturing and handling of internal combustion engines, Mr Stenhouse believes the future is in EVs.

“It’s about moving with the times. We don’t ride horses anymore,” he said.

“It’s important that we do stay up to date with technology and if there’s a better way of doing something then we should be running with that.”