Scott Morrison will announce $243m in grants for manufacturing projects that will enable Australia to seize on the rise of electric vehicles and reduce global reliance on China for a crucial rare earths material needed to make them.

In a speech to the Western Australian Chamber of Commerce and Industry, the Prime Minister will on Wednesday outline funding for major private projects that produce critical minerals or are involved in manufacturing batteries.

“These projects are about manufacturing the products and materials Australians need and the world needs, by making them right here at home,” Mr Morrison said.

“Australia is lucky to have some of the largest reserves of the critical minerals and metals which drive the modern global economy,” he said.

“But China currently dominates around 70 to 80 per cent of global critical minerals production and continues to consolidate its hold over these supply chains. This initiative is designed to address that dominance.”

The grants fall under the $1.3bn Modern Manufacturing Initiative.

Significantly, $30m will go towards supporting a first-of-its kind rare earth separation plant that could have the potential to supply NdPr – a material needed in electric vehicle magnets – globally.

The $90.8m Arafura Resources Nolans Project near Aileron, in Central Australia, is being built to become the second biggest non-China source of rare earths in the world.

“Rare earths are critical to the manufacture of electric vehicles and wind turbines, with demand growth forecast to be exponential in coming decades,” Arafura Managing Director Gavin Lockyer said.

“It will be Australia’s first vertically integrated project of its kind and the world’s second biggest non-China source of rare earths, processing on site to meet more than 5 per cent of global demand.” 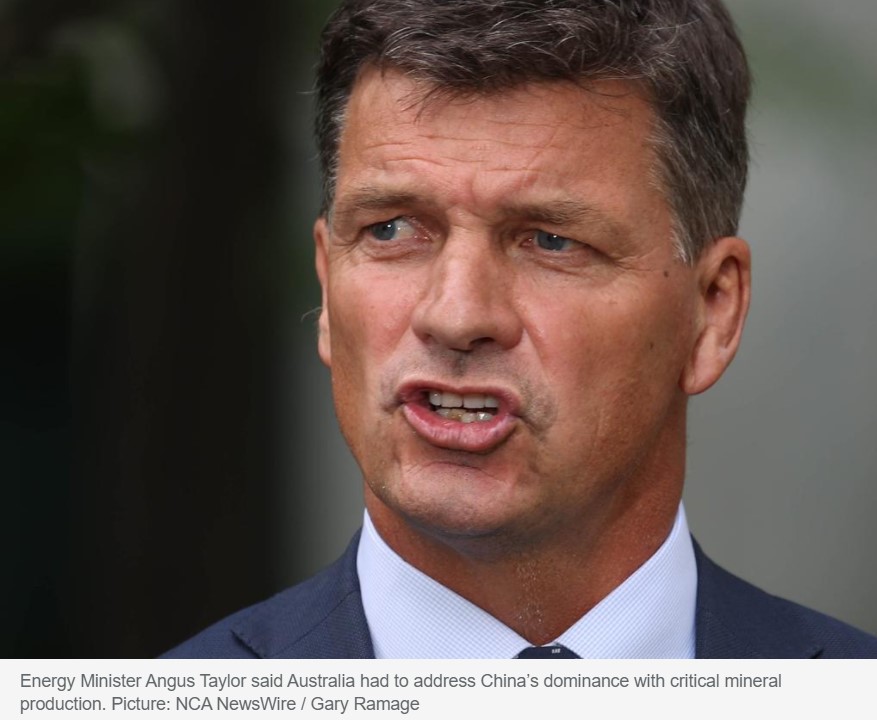 Another $119.6m grant will be provided to Pure Battery Technologies and Poseidon Nickel as they build an integrated nickel, manganese, cobalt battery material refinery hub in Western Australia – another first of its kind in the country.

The Prime Minister will also announce $49m for a vanadium battery project in Western Australia, which could be used for charging infrastructure for electric cars, residential energy storage, agriculture and mining.

Australian Vanadium’s $367m venture involves processing high-grade vanadium from its Meekatharra mine before it is transformed into energy-storing batteries.

The fourth grant is for $45m to go towards a $330m project to meet increasing demand for lithium-ion batteries and LED lights.