Russia’s invasion of Ukraine has been blamed for a spike in petrol prices from $1.70 to well over $2 a litre.

The fuel excise is a flat tax placed on fuel, currently sitting at just over 44 cents per litre, which the government argues pays for road infrastructure.

Some in the federal parliament have suggested the excise be temporarily halved, and South Australian Liberal Premier Steven Marshall has used his re-election campaign to suggest it be cut.

With a federal election looming, some Coalition MPs want the Prime Minister and Treasurer to find a measure that would reduce cost of living pressures.

Queensland Liberal National senator Susan McDonald said the government has to do something, and the fuel excise is the “bluntest instrument” available.

“The idea of pausing the fuel excise, or a portion of it, I think is something that we’re going to have to look at,” she said.

“Because we just can’t afford to absorb the prices that we’re looking at currently.”

Victorian Nationals MP Anne Webster said she has contacted the Treasurer, asking what work had been done around a possible cut to the fuel excise.

“I contacted the Treasurer’s office last week about this notion of the excise being reduced to ease the burden for residents,” she said

“The information I got back on that was that at that point in time, it was not on the table.”

Ms Webster said a temporary reduction has to at least be considered, so long as it makes economic sense.

“It’s biting people, particularly out in the regions where we travel long distances to get wherever we want to go.”

Concerns cut to excise might mean cut to roads funding

This is the first time during the current price surge that the idea has been raised within the federal government’s own ranks.

But some farming groups have already been making the case, and crossbench senator Rex Patrick has been campaigning for a temporary halving of the levy.

Those proposals were all but dismissed by senior government ministers.

Some others within the Coalition argue it is too early to make dramatic moves like reducing the excise, and say it risks starving the budget of crucial roads funding.

“The road network is very important to my constituents, and that fuel excise goes towards the maintenance and construction of country roads,” he said.

“So it may be a discussion, but I wouldn’t be rushing into this.”

Yesterday, Prime Minister Scott Morrison would not speculate on whether the excise would be cut in the coming federal budget but played down the influence of the excise on rapidly rising fuel prices.

The excise raises around $11 billion for the government every year.

The last time the government intervened was in 2001, when then-prime minister John Howard cut it by 1.5 cents and put a pause on half-yearly indexation.

That indexation did not return for more than a decade.

Some economists, like Chris Richardson from Deloitte Access Economics, suggest cutting the fuel excise now would be the wrong option — as it will be difficult to raise again.

“These sort of tax bandaids are easy to go on, but they are horrendously hard to come off,” he said.

He argues petrol prices could fall again before such a measure even takes effect.

“It may already be last week’s problem,” he said.

“The prices people are paying at the pump today are because of where oil was at the start of last week.

“It’s already about $US1 a litre lower a barrel in markets. If it stays there, that could be anything up to 15c a litre lower in the next week or two in Australia.” 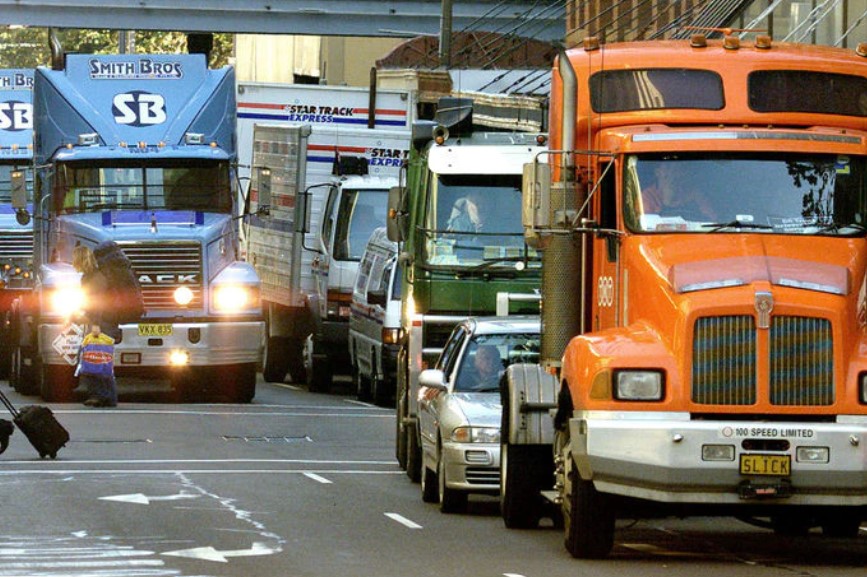 Consumers could wind up paying for increased fuel costs beyond just the bowser, with the trucking industry looking at new fuel levies to help meet their rising costs.

Some in the industry expect the price of diesel could reach $2.50 within a week, which would amount to a more than 50 per cent increase in three months.

Gary Mahon from the Queensland Trucking Association said the industry cannot manage that sort of cost on its own, and it will wind up shared with consumers once products hit shelves.

“I think where we’ve reached now is that customers and/or clients are going to be charged a fuel levy with the freight rate,” he said.

“What you’ll find is, these costs will be passed through.”

Mr Mahon said while heavy vehicles do not technically pay the fuel excise — instead paying a lesser “road user charge” of 26.4 cents per litre — reducing the excise may not be a good idea.

He said raising less tax revenue to spend on roads is a significant opportunity cost.

“Any solution that requires government to substantially reduce its income to be able to put into road investment, I think has to be considered exceptionally carefully,” he said.

“Because we barely put enough into our own investment now.”

Extracted in full from: Federal government faces calls from within to cut fuel excise as petrol prices soar during Ukraine war – ABC News