The Coalition government faces internal division over a potential cut to the petrol tax as cost of living emerges as a key battleground for the federal election.

Fuel prices around the world have catapulted over supply concerns brought about by Russia’s invasion of Ukraine.

The average cost of unleaded has skyrocketed across the country by more than 30 per cent in the past 12 months, leading to growing concern over the effect on the average Aussie’s hip pocket.

The price surge has led to calls for the fuel excise – a government levy on petrol currently set at 44.2 cents a litre – to be dramatically cut.

Mr Birmingham said the government was “very very conscious” of cost of living concerns, spruiking how the Commonwealth’s tax cut regime was alleviating pressure on households.

“Ensuring that they have more disposable income with which to deal with these sorts of cost of living pressures and will frame this budget in the context of keeping our economic recovery strong.”

Mr Birmingham echoed Scott Morrison’s comments from Monday when the Prime Minister said Australians understood the surging price of fuel had been “caused by the disruption of the war in Europe”.

But the Finance Minister refused to be drawn on whether a cut to the fuel excise will feature in the budget and said the document will ensure to “keep jobs growth strong”.

However, his Nationals colleague hit out at the recommendation to cut the tax first raised by South Australia Liberal Premier Steven Marshall whilst campaigning for the upcoming state election. 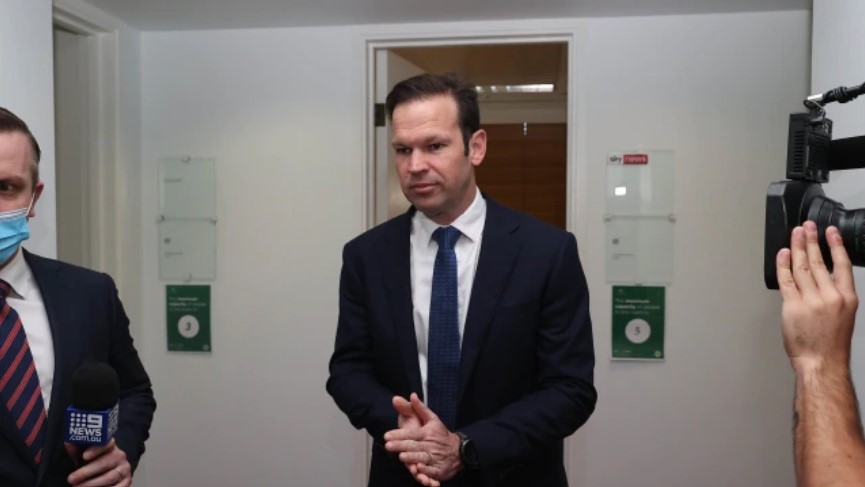 Mr Canavan said cutting the fuel excise would be a “panicked” response to a short-term market problem, adding that the price of oil was already beginning to fall.

“We need to make sure at these times we don’t have panicked reactions,” he told Sky News Australia.

“It is very important at volatile times like these we don’t take panicked policy reactions. The reality is here if we cut fuel excise, how would it ever go up again in the future?

“Overnight oil has fallen to around $100 a barrel, which is about 30 per cent below its peak just a couple of weeks ago…if it’s maintained at that level we will see easing on petrol prices.

“There’s lots of options…but providing rebates, offsets, tax relief to low and middle income families because it goes beyond the petrol pump.”