Experts are warning the Federal budget’s fuel excise is “cost of living relief with a caveat” as many retailers move through a “transition phase”.

“It is going to be confusing because we are in this transition phase – the higher volume servos receiving a couple of deliveries a day, will see that price flow through today and tomorrow.”

Ms Furze said although the fuel excise is from midnight it only applies to new deliveries and not “existing stock and inventory in the underground tanks at the servos”.

She said the smaller servos who get new stock once a week won’t see that price drop until the end of this week, early next week.

“A message there for motorists is that if it’s a smaller servo and they don’t drop the price today or tomorrow, don’t assume it’s price gauging,” Ms Furze said. “For the first week or so while we are in this transition, the most likely explanation is that they are still selling and trading off their existing fuel supplies,

“It’s cost of living relief with a caveat at the moment while we wait to see prices flow through.”

Ms Furze said fuel has dropped by 10 cents in the last week but in the next couple of days retailers should hit the “cheap phase.”

“If nothing had changed last night in the budget – we would have seen cheap fuel in SEQ till about Monday and then it would start to go back up.”

But motorists in SEQ should now see the fuel excise drop coincide with the cheapest part of the price cycle, in the next few days.

“We still have questions about how the ACCC will be able to monitor this – we want to ensure that every last cent of this fuel excise cut is passed onto motorists at the bowser,” Ms Furve said.

“How this impacts the fuel price cycle is uncertain – but in the next couple of days we will be in that very cheap phase – it could extend but we just don’t know.” 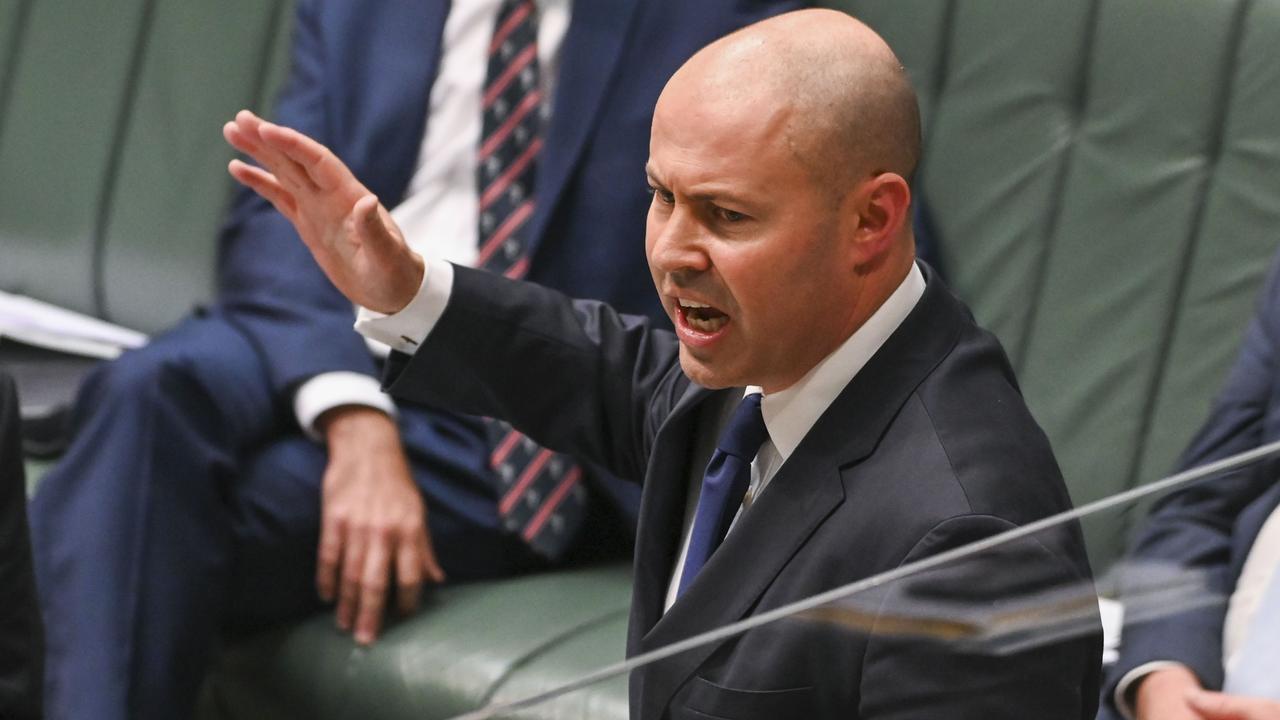 Treasurer Josh Frydenberg speaks during question time in the House of Representatives on Wednesday.

“That is a very early indicator that relief is on its way soon, and we have already seen some retailers react today, which will be a sight for sore eyes for motorists after a near 13 cent drop in 24 hours,” he said.

But Mr Ford said retailers will first want to “exhaust existing inventory which would have incurred the full excise”.

“The new cycle will be very hard to forecast though, especially when prices start to creep up once again. Retailers may be reluctant to increase prices as motorists across the country will be waiting closely,” he said.

“More than ever, now is the time to use the fuel price comparison apps, like the Simples App, to check if there is a better price near you.”

“It’s now up to retailers to start passing on this discount so that Australians can benefit from cheaper prices as soon as possible.

Mr Ford said although the excise has been cut, there are other factors that can lead to cost discrepancies, so it’s worth shopping around to ensure you are getting a good deal.

“Right now, there’s a 28 cent difference between the cheapest and most expensive fuel on the Brisbane market. That’s a difference of $14 when you fill up a 50 litre tank,” he said.

“The average Unleaded 91 price is still about $1.99. If possible, it may be worth holding off on filling up as we will see bigger discounts in the days and weeks ahead.”

Viva Energy, who supply Shell’s fuel license in Australia, said it recognised the “pressures” that higher fuel prices have on household budgets, and have “immediately reduced prices” at Coles Express service stations by 10 cents per litre.

Further price reductions can be expected over the coming week as existing fuel stocks are replaced.

Viva Energy Executive General Manager – Consumer, Megan Foster said, “We are pleased this morning to be able to provide some immediate relief to motorists with a 10cpl reduction in fuel prices. We are committed to passing through the full 22.1cpl fuel excise reduction as we replenish fuel stocks in our service station network.”

Once the full excise reduction has been implemented, motorists could save more than $13 on a 60-litre fill up, according to Viva Energy.