Fuel rip off: Brisbane motorists paying more for petrol than other capital cities

Brisbane drivers were already being ripped off at the petrol pump compared to other capital cities before Russia‘s war and the OPEC cartel drove prices over $2 a litre.

Prime Minister Scott Morrison is coming under increasing pressure to take action on petrol prices. But even a freeze on the excise indexation would save motorists less than 1c per litre when it’s due to go up next in August.

Meanwhile an Australian Competition and Consumer Commission report released on Monday revealed Brisbane was paying 4c a litre more than the other big capital cities throughout 2021.

It pinned the blame on higher retail profit margins with Brisbane having fewer big chains than Sydney, reducing the competition.

“It also found that, compared with Sydney, retail pricing was less competitive in Brisbane, with retailers setting prices higher at the top and bottom of the price cycle than retailers in Sydney,” the report stated.

Brisbane also had fewer retail chains that were “effective and vigorous price competitors”, with just four in Brisbane (7-Eleven, Woolworths, Puma Energy and United) compared to seven in Sydney.

National prices had already hit an eight year high, adjusted for inflation, of 182.4c per litre by late-February 2022, driven by Russia’s invasion of Ukraine and the OPEC cartel’s refusal to boost crude oil production, according to the ACCC report.

Prices have risen significantly further in the first two weeks of March, outside the scope of the report.

“The shocking events in Ukraine have forced crude oil prices even higher, as Russia is a major supplier of oil,” ACCC chair Rod Sims said.

Mr Morrison said he would not engage in pre-budget speculation on cutting or freeze the petrol excise, which is currently set at 44.2c a litre.

“We are very aware of what is occurring with petrol prices. Australians understand that this is being caused … by the disruption of the war in Europe and invasion by Russia into Ukraine,” he said. 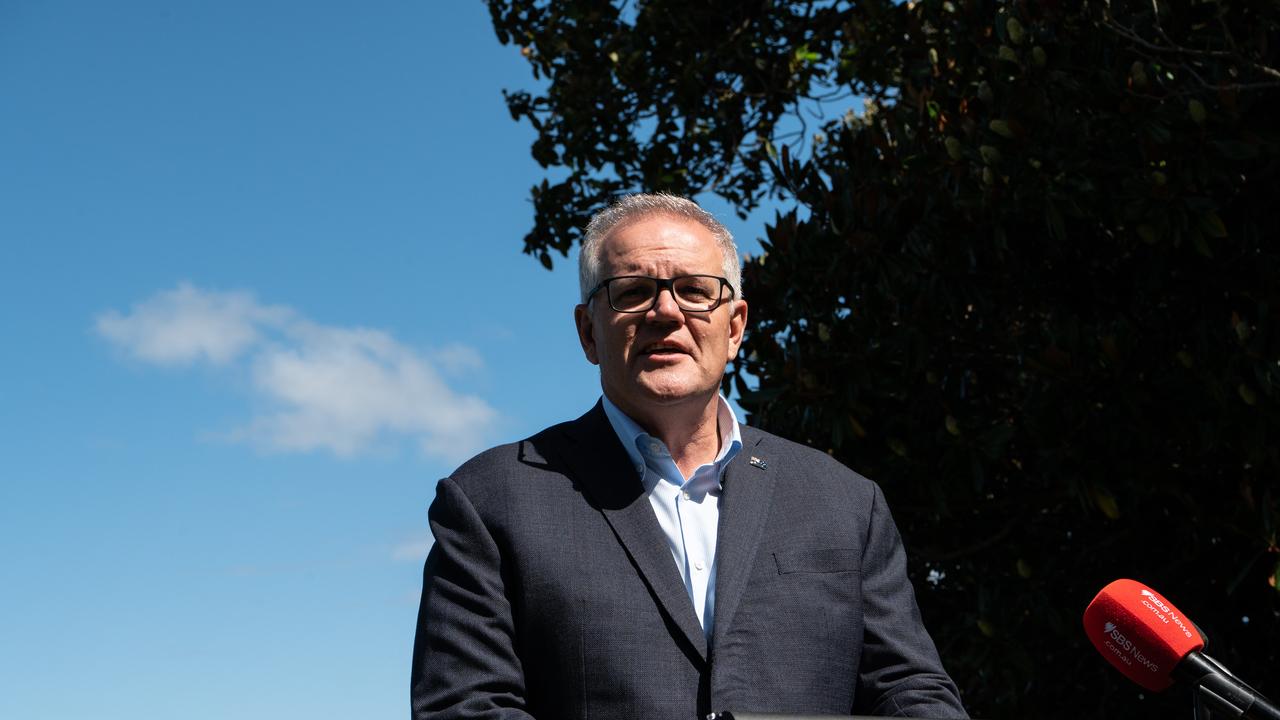 Prime Minister Scott Morrison will not say if the petrol excise will be reduced or frozen in the upcoming budget. Picture: NCA NewsWire / Flavio Brancaleone

“These cost of living impacts are real, and the Australian government understands that.
“The budget is in a couple of weeks and that‘s when announcements are made about all matters in relation to the budget.”

Opposition leader Anthony Albanese would not say if a Labor Government would take action on petrol excise, saying “we’re not the government”, despite the election expected to be called within weeks.

“Petrol was almost $2 a litre before the Ukraine conflict. So it‘s been high for a considerable period of time. We have petrol that is very high and people are really struggling,” Mr Albanese said.

“Everything‘s going up except people’s wage, which is why people are really, really struggling.”