Within five days the Mary River in Gympie climbed from zero to 22.96 metres, making it the city’s worst flood since 1893.

When it peaked just before 4am on Sunday leaving travellers cut off, Gympie shop owner Major Singh was there to help those in need.

His Monkland service station became a safe harbour for about 300 travellers on the Bruce Highway, due to its access to critical services in a busy part of the town.

As the waters rose, and with serious weather and flood warnings many stores were either closing or had been cut-off by the end of last week. 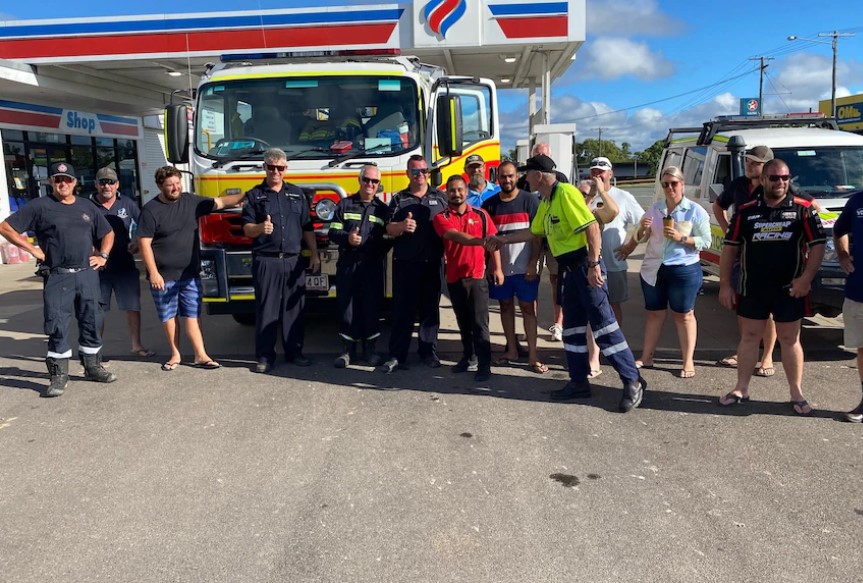 The Sikh shopkeeper moved from India five years ago, and said as soon as he realised the drivers were stranded, he went about reassuring them.

“I said, ‘Nothing is going to happen. I will be here the whole time’,” he said.

“They were so worried but once I opened my door and said, ‘Look, I’m not going anywhere’, they start appreciating here.

“They’re all sleeping in the cars, some of them are staying in the motel and some are sleeping on the crates.

“Most of them were travellers. They came from Bundaberg, Maryborough, Brisbane, Hervey Bay. It’s not local, it’s from all around.” 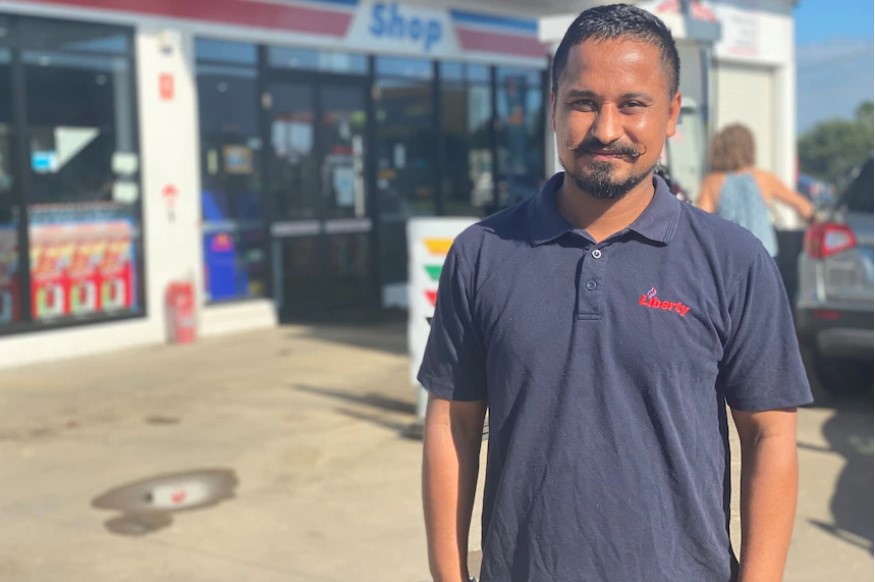 A ‘Major’ act of generosity

Mr Singh manned his store from 4am to 8pm, working 16-hour days to ensure the stranded travellers were fed, watered and had any medicine his store could offer.

“I’m giving them like bacon and egg rolls in the morning, with the coffee, and deep-fried food like [potato] scallops, crumbed sausages, spring rolls, sandwiches and water,” he said.

“We’re just trying to help and doing volunteer work for the community here.”

Mr Singh estimates about $10,000 worth of supplies went to support others.

“I’m not worried about money or anything. We’ll help again if anything happens here.”

A thank you from the skies above

Mr Singh’s kindness was not lost on those he served.

One of the most heartfelt thanks he received came by air, dropped to the shop from a passing helicopter. 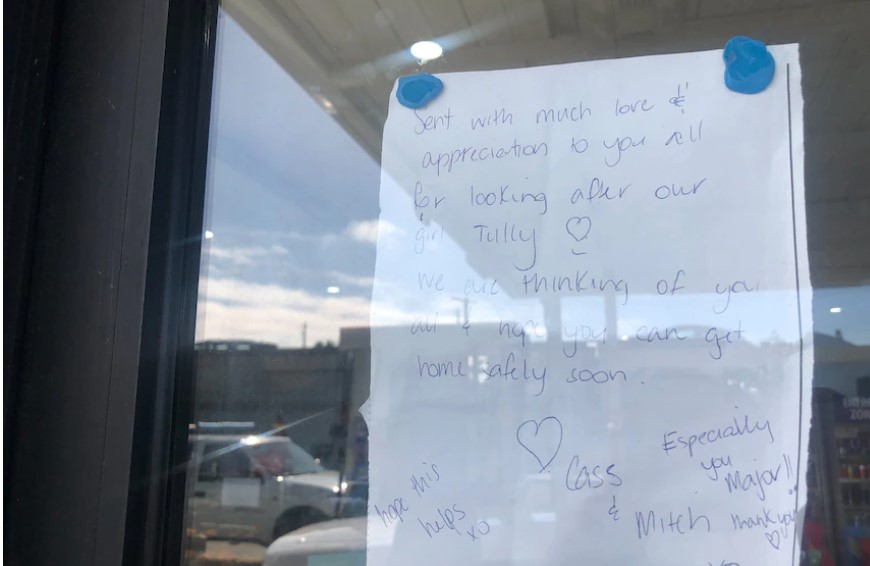 It was gratitude from a family worried for their children who were among the stranded.

Sent with much love and appreciation to you all for looking after our girl Tully.
We are thinking of you all, and hope you can get home safely soon.
Especially you Major! Thank you.

“They were worried about their daughters, and I said, ‘Don’t worry about it, I’m here’,” he said.

“So I look after her girls. I just brought all the cars here for the girls at night time and turn on the lights [of the store].”

Social media is a buzz from those he has helped, with some saying he ought to be named Australian of the Year.

Others tell of how the combination of support from the nearby Great Eastern Motel and Mr Singh’s service station meant there was accommodation, food and water while stranded.

Another praised how Mr Singh and the team “busted their asses” to feed those who needed it.

“What legends, that’s the Aussie spirit.”

The shopkeeper said it was no problem.

“I just love it, doing this type of thing,” he said.

“It’s in our community, we do always like this type of work.”

A Gympie residential aged living community has received hundreds of dollars worth of food after power outages destroyed everything in its fridges.

About 10 residents who rely on electrical medical aids were evacuated from the village, while the centre narrowly avoided inundation.

Village managers Heather and Louise Reiss-James said they had been overwhelmed by the generosity of the community who had donated and checked on the centre.

The threat was terrifying for 75-year-old Phoebe Kennedy who feared the floodwaters would rise into the village.

“I was overwhelmed. I’ve never been in this situation my whole life,” Ms Kennedy said.