Higher fuel prices to drive up cost of living in rural, regional Australia

Farmers and transport operators are bracing for even higher fuel prices after US President Joe Biden announced a ban on Russian oil imports overnight.

“We will not be part of subsidising Putin’s war.”

Oil prices jumped 7 per cent on the news before trading off the highs.

GrainGrowers chairman and Victorian farmer Brett Hosking said while growers would try and minimise their fuel use, most expenses were unavoidable.

“There are things, like putting the seed in the ground, putting fertiliser with it, spraying your weeds, that you absolutely have to do, so we are going to have to be burning some diesel,” Mr Hosking said. 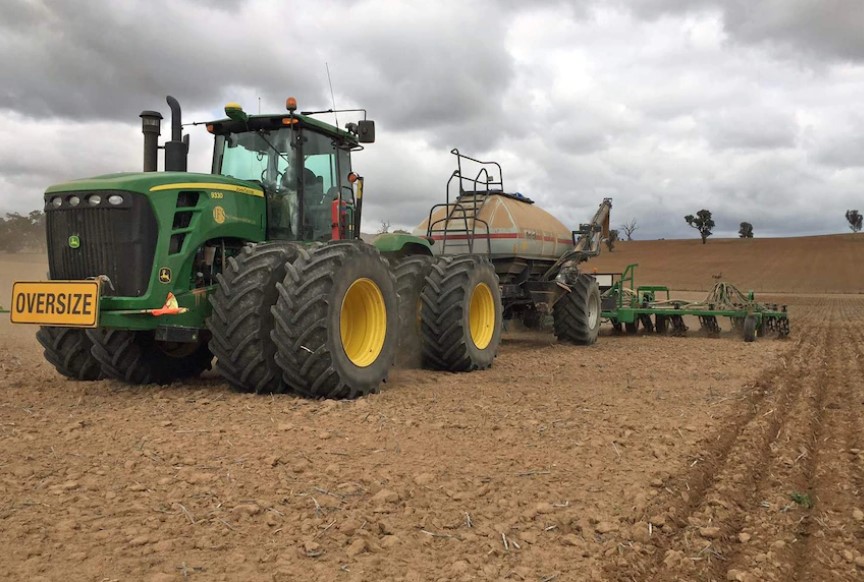 Most fuel costs are unavoidable for farmers, who will use many thousands of litres to put their crops in during the next few months.(ABC News: Ian Cutmore)

“If it looks like a promising season … growers will wear a lot of these costs and have a real crack.

“But if the season doesn’t show the promise we hope it might, then I think you’ll see a few growers be a bit more gun-shy.”

“We’ve got to remember a lot of our low socio-economic people live in rural areas.

“They don’t have subsidised, fixed cost public transport that our metropolitan cousins enjoy and they still have to buy groceries and get their kids to school and access healthcare,” he said. 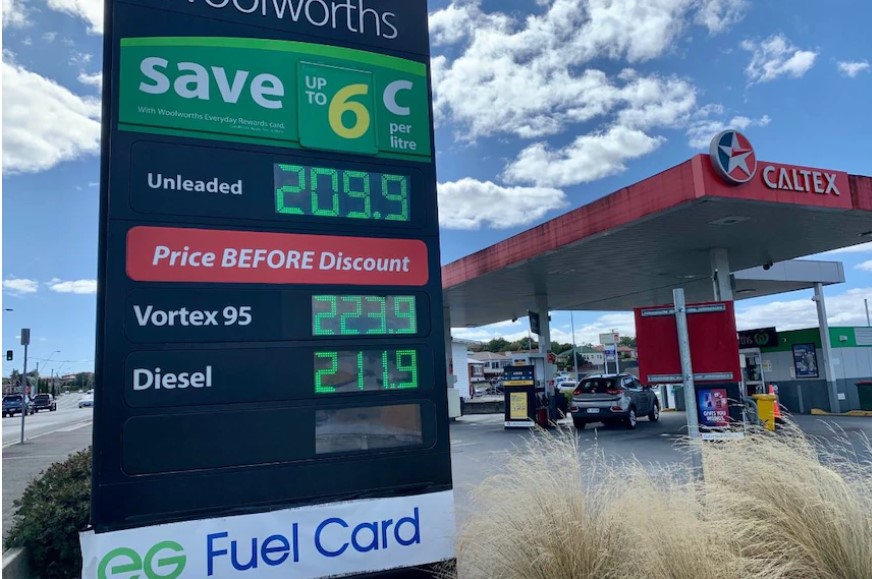 The price of diesel has risen to $2.12 in Launceston, Tasmania.(ABC News: Jassica Moran)

Fuel efficiency will be essential

Account manager with iGrain Machallie McCormack said farmers would be highly conscious about their diesel usage.

“With the machinery we’re using, the fuel efficiency has now become vital,” she said.

“How many times you go over a paddock spraying it, we’re going to have to get pretty savvy when it comes to things like that.” 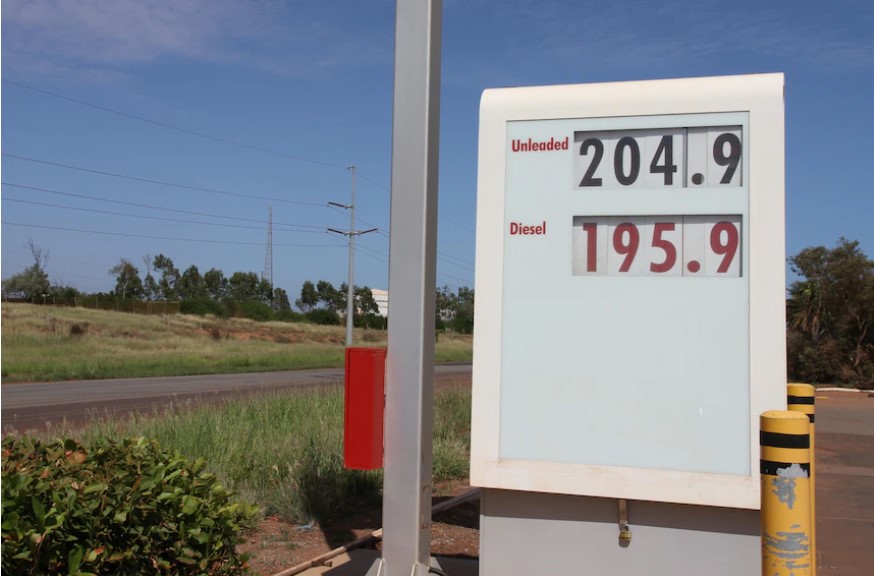 The petrol price in Port Hedland has gone past $2 a litre, while diesel isn’t far behind.(ABC Rural: Michelle Stanley)

Ms McCormack said while grain prices were high at the moment, profit margins would be undermined by input costs.

“We need to be getting these $300 ex-farm grain prices to cover those costs and make sure our gross margins are still profitable,” she said.

Transport costs will push up cost of living

“I often relate the transport cost to the price of Weet-Bix on the shelf and ultimately the cost of living in rural and regional Australia is going to go up,” Mr Smith said.

“Most people in transport charge a fuel levy where your base cost stays the same and your fuel levy goes up or down depending on the price of diesel.” 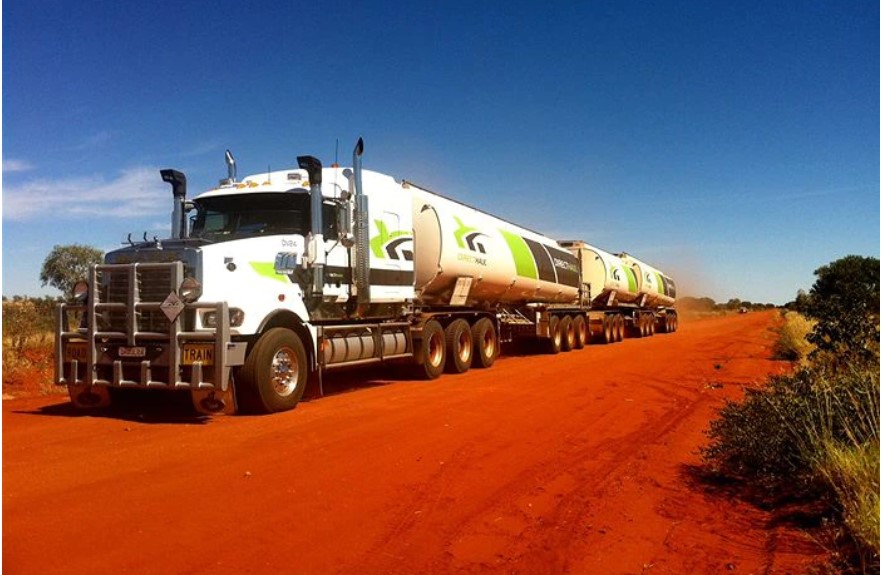 Mr Smith said fuel costs had been on the rise even before Russia invaded Ukraine.

“Without the war, the increase in fuel in terms of my overall costs, it’s increased the cost of doing business in transport about 4.3 per cent,” he said.

“That’s without the ongoing war, which we know will keep pushing prices up, so I think for rural and regional Australia there are some warning bells there.”

IOR is one of the largest distributors of fuel to regional Australia and delivers to industries like agriculture and aviation.

The company’s head of strategy Nick Mackenzie said he expected the price of diesel to continue rising across the country by 20 to 30 cents over the coming weeks. 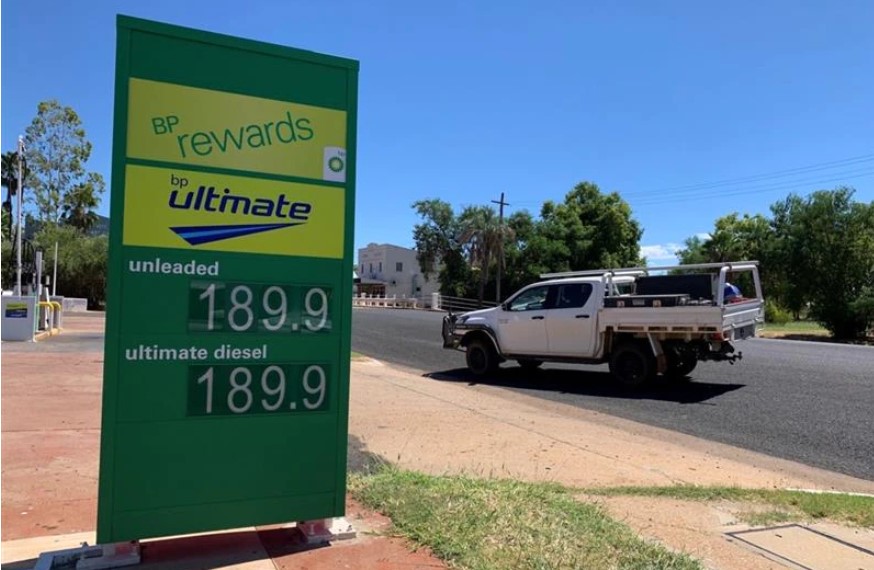 Diesel is inching toward $2 per litre at Charleville in outback Queensland. (ABC Rural: Jodie Gunders)

“In terms of security of supply, that’s the number one question we’re receiving from customers,” he said.

“In Australia, we’re in a fairly fortunate position where a lot of our supply comes from the Asian region, as well as Africa.”

Independent Senator for South Australia Rex Patrick has called on the federal government to halve its fuel tax for the next 12 months.

It’s a proposal that has earned the support of groups including the National Irrigators’ Council.

But Minister for Agriculture David Littleproud has been quick to rule out the move, saying it was not on the government’s agenda.

“While I see that some of the minor parties are floating these ideas, there’s a big bill when you do that and someone’s got to pay for it,” he said.

“Farmers [already] get a fuel rebate for their use of diesel.”

Extracted in full from: Higher fuel prices to drive up cost of living in rural, regional Australia – ABC News