An extensive police manhunt is underway in Perth’s south after a petrol station was targeted in a suspected armed hold-up.

WA Police’s air wing and dog squad have been deployed to Singleton, about 10 kilometres north of Mandurah, following reports of the armed hold-up at a Shell Coles Express petrol station.

Police were called to the Mandurah Road service station at 3.10pm on Thursday.

It is unclear at this stage what weapons were used in the attempted robbery, or if the offender stole any items or cash from the petrol station.

No one was injured during the ordeal, it is understood. 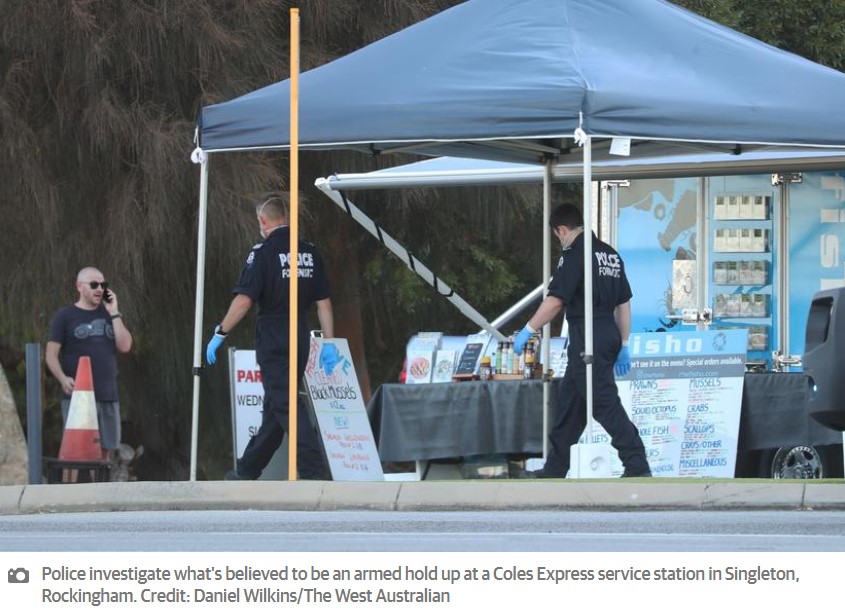 Detectives spoke to the operators of the Fisho, a fish market at the front of the station, and forensic officers collected evidence from the scene.